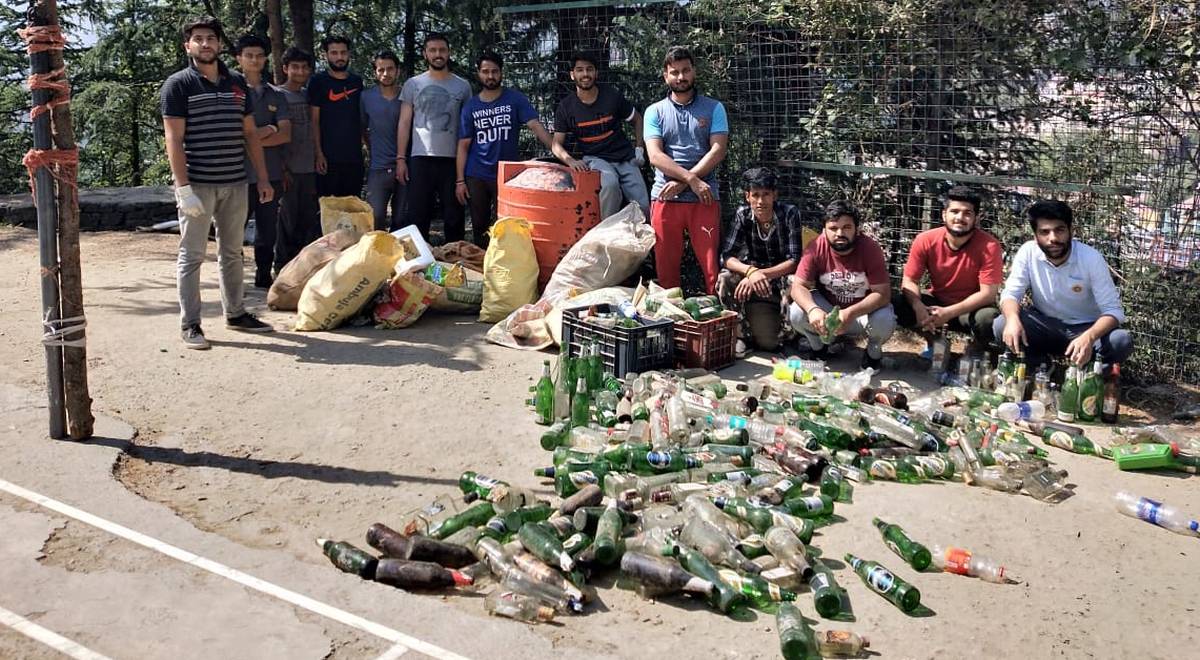 Shimla-Littering and waste disposal in forests in Himachal Pradesh is becoming a grieve environmental issue. Not only the tourists, but locals too contributing towards filling the forest with solid waste. The worst affected are the forests in tourist towns. The district administrations, the pollution control board, and the Municipal Corporations and Councils have no plan of action to deal with this problem. As usual, they are in deep slumber. They are only interested in getting photographed with brooms and masks, sweeping floors of some park, which is already clean.

There is only one Solid Waste Treatment Plant in the State, and that’s, too, has been turned into a dumping yard. A week ago, the heaps of waste were on fire, causing air pollution.

Unfortunately, a section of educated youth is responsible for littering. However, at the same time, a section of the same youth is making efforts to rectify the situation and create awareness in the society regarding cleanliness.

The latest example is the forest area near Kanlu Temple in Sector 4 of New Shimla.

The Yatan Youth Club of New Shimla carried out a cleaning campaign and found that not only domestic solid waste is being dumped into the forest but also the construction waste. The members of the club are carrying out this campaign in multiple rounds as it is not possible to collect entire waste in one day.

In the first round, the members collected a large amount of beer and plastic bottles, which were thrown into the forest by ignorant locals. 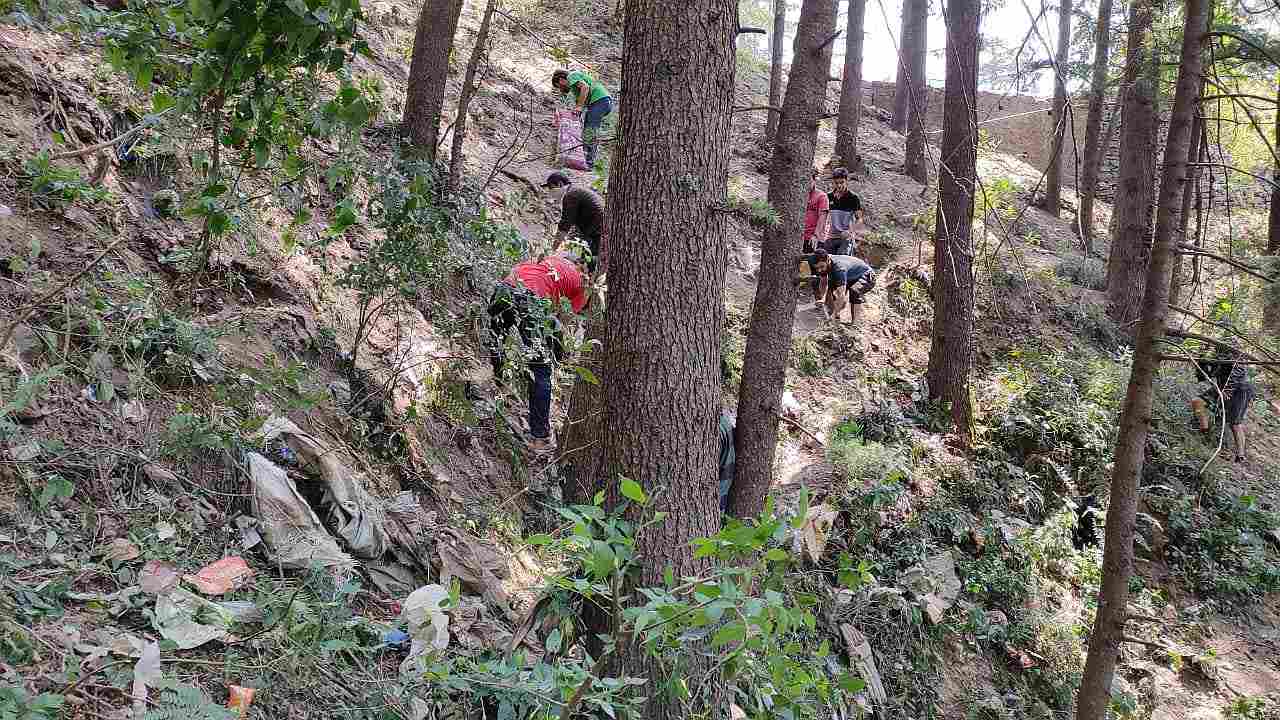 In the second round, they found plastic bags, baby diapers, sanitary napkins etc dumped into the forest, which are not only an environmental hazard but also a sanitation issue. Diapers and sanitary napkins, especially in monsoons, attracts flies and mosquitoes alongwith emitting a foul smell.

The members of the Club took the pain of taking out this waste from the forest as well, which is highly appreciable.

“Though the door-to-door garbage collection service is available in the locality during morning hours, the locals throw garbage generated during the day into the forest at evening,”

the members of the Youth Club told Himachal Watcher.

“Waste generated from maintenance or construction activity in the locality is also dumped into the forest, which is extremely harmful to the environment,” 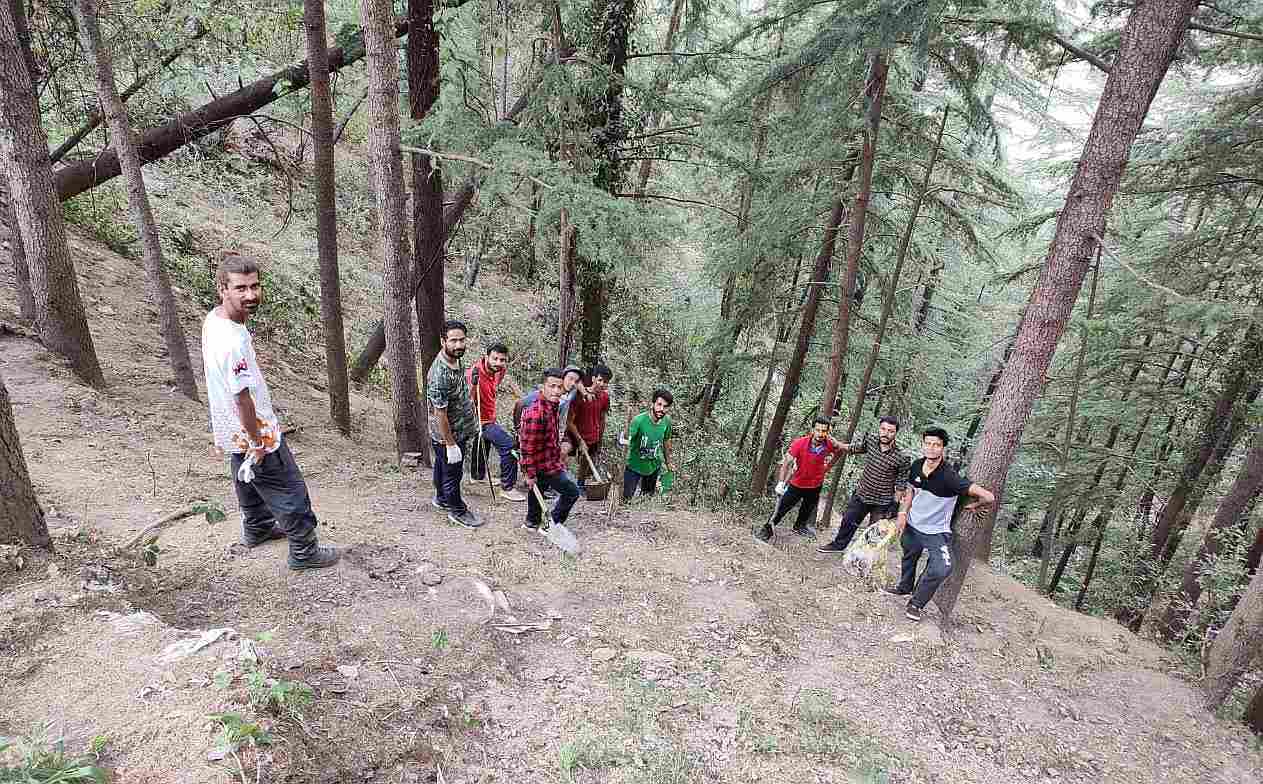 The Youth Club, through their campaign, has requested the locals to at least keep their surrounding clean and refrain from dumping waste into forests. The locals should take responsibility for their locality instead of indulging in littering, the members said.

At the same time, the Youth Club has sent out a message to youth in other localities to come ahead and take similar initiatives if they really want to bring a change.