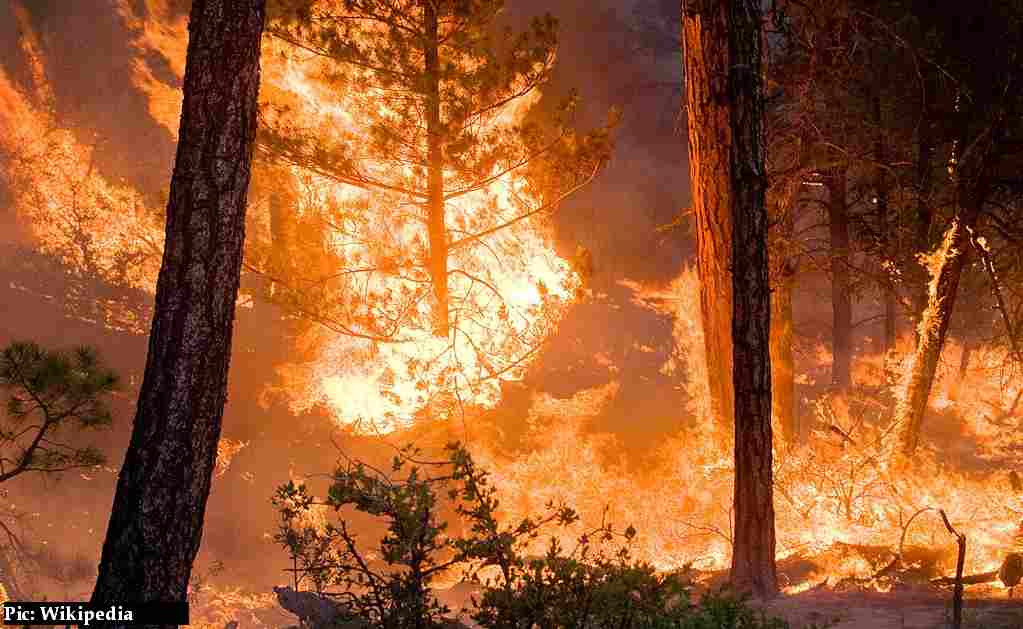 Shimla-Himachal Pradesh is the storehouse of biodiversity and animal life, which exists in perpetual threat of forest fires. Out of total 45,000 species of plants found in the country, 3,295 species (7.32 percent) are present in the state. More than 95 percent of flora species are natural to the state and characteristic of Western Himalayan flora, while about five percent (150 species) are exotic introduced over the last 150 years.

Forest department records show 22 percent, or 8,267 sq km of the total forest area, particularly in the mid and low hills, is fire-prone. Majority of the fires are reported from pine forests since, during summer, the trees shed pine needles that are highly inflammable for their rich content of turpentine oil. The pine forests are found up to an altitude of 5,500 feet.

There are 196 forest ranges in the state, of which 80 are most sensitive and fire-prone.

Tribunal in one of its interim Orders had sought a report on:

Further, in the same order, a direction was made to prepare “A National Policy” periodically, and keep it updated under Section 5 of the Environment (Protection) Act, 1986.

The Hon’ble Tribunal, based on the said report submitted by MoEF, gave the following guidelines:

Deven Khanna is a Lawyer, practicing at High Court of Himachal Pradesh, other H.P Courts/Tribunals and the Supreme Court of India, he is an alumnus of a National Law School. For any queries related to the articles, he can be contacted at 7018469792 or at khannadeven@gmail.com. The personal blog is at https://lawumbrella.wordpress.com/