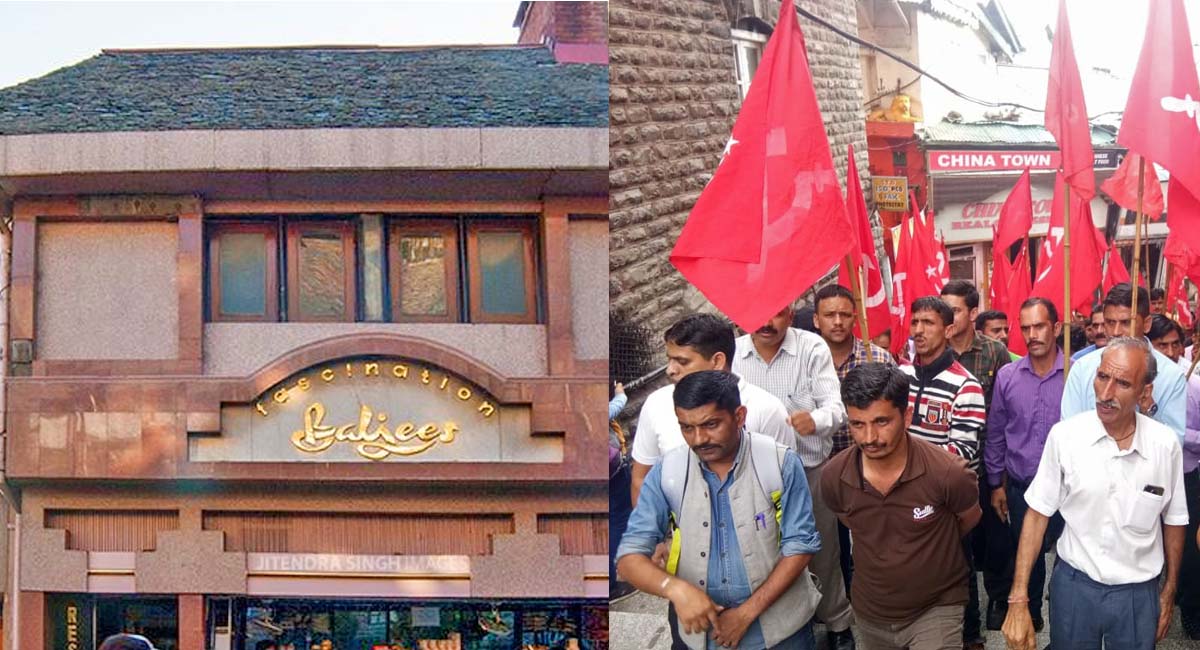 Shimla-Today, the iconic Baljees — a 65-years-old restaurant located on the Shimla Mall will be winding up its operation. While the media is highlighting Shimla’s mourning over the closing of Baljees, its 70 workers, who are now rendered jobless, are protesting for the last two days for their unpaid dues. Several of these workers have been serving in the restaurant for over four decades and have contributed a lot towards its growth.

The workers alleged that the restaurant has not paid their dues worth about two crores. As per the workers, these dues include gratuity, bonus, leave encashment, notice pay, retrenchment compensation etc.  However, the Baljees management had earlier assured that all the dues would be cleared before closing.

The Centre of Indian Trade Unions (CITU) has also come in support of these workers. It said the Baljees not only violating the Industrial Disputes Act 1947 but also going against the orders passed by the State High Court on July 12, 2018. In its July 12 orders, the court had made it clear that the management of the restaurant would have to pay all the dues before handing over the building to its owner.  In case the management fails to do so, this action would be considered as a contempt of the court orders, the CITU said.

The workers have urged the district administration and district police to make the management of the restaurant comply with the orders of the court. Otherwise, the workers said, they would file a contempt of court petition along with more protests.

The Baljees, which was considered a destination restaurant, had gained popularity among both locals as well as tourists. Several influential political names from Virbhadra Singh to Prime Minister Narendra Modi used to visit the restaurant, it is said.

Chandra Baljee had set up this restaurant in 1954. It was expanded in 1972 after which it became famous for Indian and continental food. The decision to close the building had come in 2018 after Baljees management lost the legal battle against the owner of the building, Lok Nath & Sons. The battle had started over operation charges for the building.

In 2015, the District and Sessions Court had ordered eviction. Later, the matter reached the state High Court where operation charges were hiked from Rs 18,000 to 1.35 lakh per month.  However, the owner was demanding. Then, the case reached the Supreme court, and then back to the High Court. Finally, in July 2018, Baljees management and Alok Nath & sons arrived at a mutual compromise. The management decided to evacuate the building and sought one year’s time to wind up its operation. This deadline ended today.