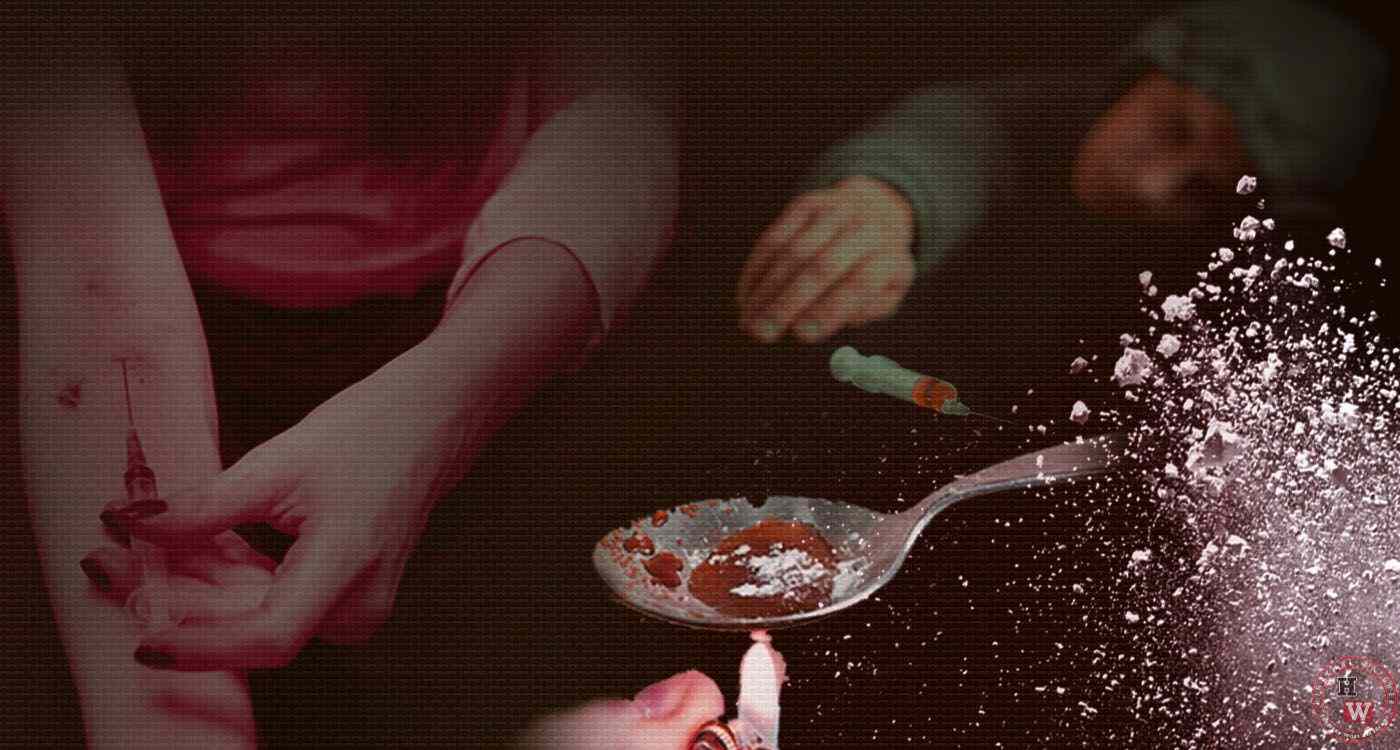 Shimla-Drug menace in Shimla continues to grow as the society struggles to deal with peddlers and create awareness among youth regarding substance/drug abuse.

Compared to 2018, a threefold increase was witnessed in 2019 in cases related to Heroin (Chitta), confirmed the Superintendent of Police, Shimla, Ompati Jamwal, while talking to a News Channel.

On the other hand, there has been a decline upto five times in cases of Charas, which indicates that the trend of drug abuse is shifting towards Heroin. While in 2018, about 572-gram Heroin was seized, in 2019, 1.6-kilogram worth a crore rupee was seized within nine months.

In 2018, 45.4 kilograms of Charas was seized in 117 cases. This number declined to 9.4 kilograms in 2019. In the case of opium, Shimla Police has seized 7 kilograms this year. A reduction was witnessed in cases related to Ganja too. As compared to the previous year in which 2.4 kilograms of Ganja was seized, in 2019, only 20 grams was seized.

Further, there has been an increase in cases related to other synthetic drugs, the police confirmed.

Further, the SP confirmed that youth is most effected, especially 21-30 years age group. He also said that the inclination of females is also increasing towards drug abuse. He also informed that students of Class XI and XII were most vulnerable.

“We are trying to deal with drug menace from two sides – demand and supply. We are making efforts to reduce demand through awareness and supply by tightening the grip on peddlers,”

We have constituted Nasha Nivaran Samitis at almost every police station, and the task of creating awareness and sensitizing youth is undertaken regularly. However, the situation requires collective efforts of society to eradicate drug/substance abuse,

The shift in this trend is alarming not only for Shimla but for other districts too. Heroin addiction is now causing deaths. Recently, a case of suspected drug overdose was reported in Bilaspur district. While reports of the post-mortem and forensic are still awaited, police had recovered a spoon, foil, and syringe from near the body.

In order to create fear, the State Police has recently started to file cases under Section 308 of IPC (culpable homicide) against those who are caught with Heroin. Sadly, the state is lacking behind in providing efficient and sufficient rehabilitation services to victims of addiction. At the school level, the need of recruiting dedicated, trained counsellors is being ignored despite the fact that school children are most vulnerable to fall victim to drug abuse.