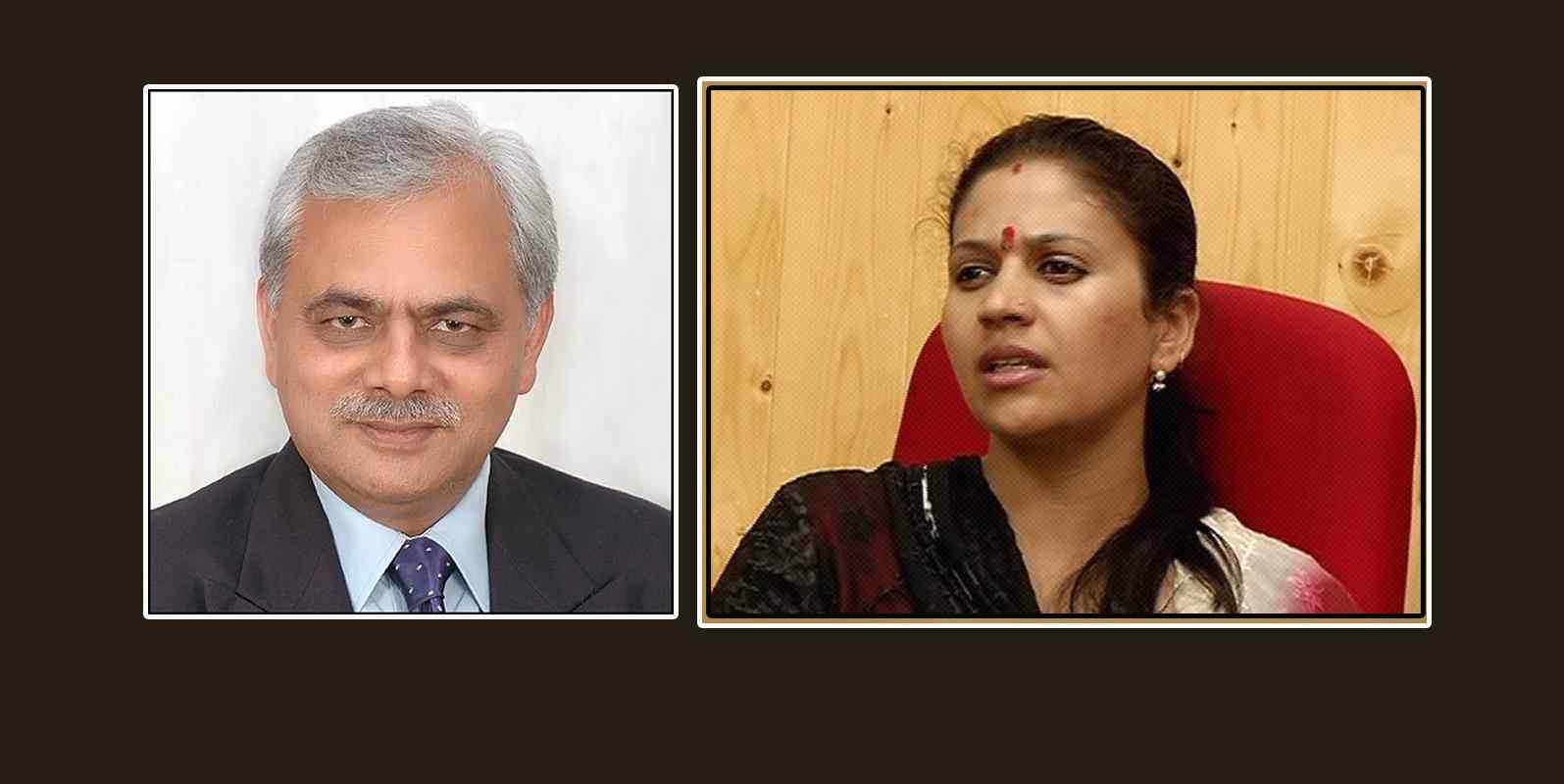 Shimla-Mayor of Shimla town, Kusum Sadrate, faced an embarrassment after a team of district administration broke into her office located at the Deputy Commissioner Office building and evicted it in her absence. The Mayor was in Pachhad to campaign for the candidate of Bharatiya Janata Party. Now, the Mayor has made it a prestige issue. The Mayor said she would meet the Chief Minister, file a case and demand transfer of the DC, Amit Kashyap.

The action of district administration created a stir among the SMC staff and ward councillors.

More embarrassing was the fact that ruling BJP’s own Councillors did not show any resistance or protest. Instead, they watched it like mute spectators. On her return, the Mayor held a meeting with its councillors over the issue. However, only half-a-dozen BJP Councillors attended this meeting.  This silence of BJP’s own Councillor is being seen as the result of friction between the Mayor and Councillors.

The action was even condemned by former Mayor, Sanjay Chauhan, and Councillors of Congress. They termed treating the first citizen of Shimla in such a disgraceful manner as unfortunate.

It’s a clear violation of rights given to Municipal Corporation and its bodies through 74th Amendment in the constitution. There is a provision of a three-tier system of governance and MC, elected democratically by the people, is also a part of it. The attitude towards such a constitutional body raises serious questions over the working of the government in a democratic system, Chauhan said. He has demanded action against the officials responsible for such disgraceful action. He also brought up the issue of ownership of the Town Hall, which used to be the office SMC for decades. He said the government has already deprived the SMC of its own property.

Congress also took a jibe and said that the Mayor’s own government has little or no respect for her.

The team that was formed by the Deputy Commissioner, Shimla, said the action came after the Mayor and Deputy Mayor did not evict the offices despite notices served to them on October 18, 2019. It’s pertinent to mention that the Mayor and the Deputy Mayor have already been given offices in the Town Hall, which was renovated recently.  Some internal sources from the SMC, on the condition of anonymity, said the Mayor wanted to keep both offices, which invited such action from the district administration.

On Saturday morning, the team found that the office of the Mayor was locked. The team broke into the office along with some labourers and removed the belongings and shifted them to a store. Later, the team replaced the lock.

The officials of the Shimla MC said that the team did not ask them even once to hand over the keys to the office and instead preferred to break in without any information.

The SMC official also alleged that they had replied to the notice served by the district administration on Friday in which it was mentioned that the Mayor is out of town and would return after a couple of days. In this letter, it was replied that the office would be evicted as soon as the Mayor arrives in Shimla. However, the SMC said, officials at the DC office declined to receive this letter containing a reply and asked to send it through the post.

The Mayor questioned the need to take such a step. She asked whether there was some kind of emergency due to which the district administration could not wait for a couple of days.