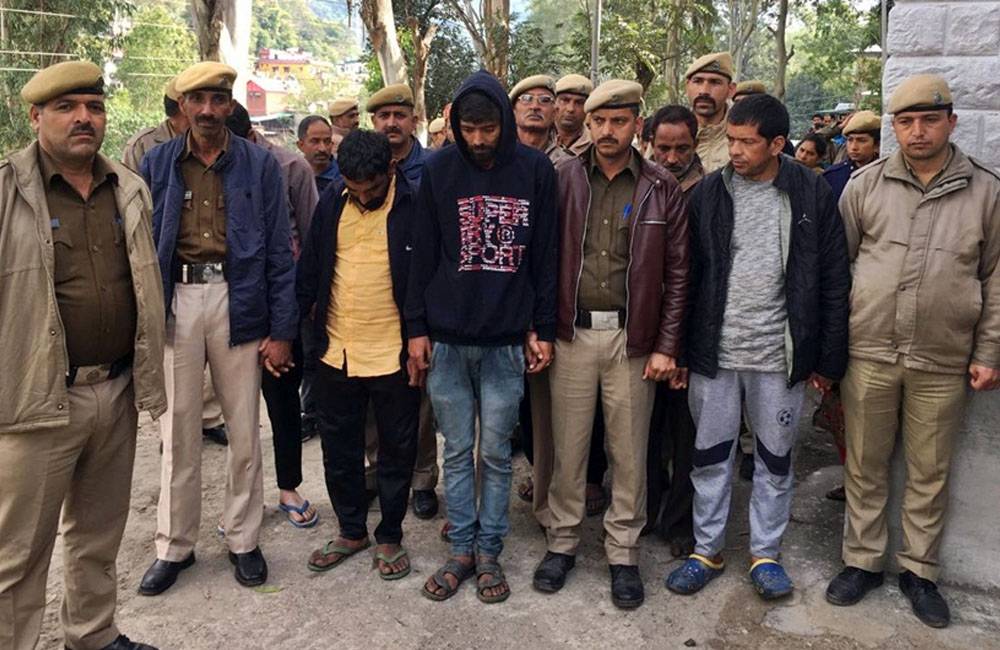 Mandi-Court has rejected the bail plea of 24 villagers, who were booked and arrested in the case relating to brutality against an 80-year-old woman in an act of religious extremism in Gaahar panchayat in Sarkaghat of Mandi district. The accused were sent to 14-day judicial custody. The accused include 15 men and 9 women. The accused also include victim’s own relatives.

The Deputy Superintendent of Police, Chander Paul Singh, confirmed the report. Meanwhile, medical of the victim was conducted at a hospital in Hamirpur. The victim is now living with her daughter and son-in-law. Two police personals have been deployed for the protection of the family as they have been receiving threats from relatives of the arrested villagers.

The state government, district administration, and district police are under immense pressure as the State High Court, Women’s Commission and Human Rights Commission have also taken cognizance of this heinous crime and sought reports on the same. Serious allegations of inaction despite being aware of the crime have been labeled against the local police too.

As per the police, the investigation during the remand period has revealed that the 22-year-old daughter of the deceased ‘Gur’ (priest) of the local deity along with some others including a few relatives of the victim had conspired against the old lady to discourage her from worshiping any other deity, thus, create fear among others who either did not believe in the local deity or had faith in other deity or gods. She allegedly manipulated the religious sentiments of the villagers, provoking them to torture the lady.

On November 6, 2019, a section of villagers including victim’s relatives, had branded the elderly lady as a sorceress, her face was blackened, and then paraded in the village with a shoe-garland around her neck. This shocking act of cruelty and superstition was captured by villagers on mobile cameras. On November 9, 2019, two videos of the incident went viral on social media. The state government and the district police came under heavy pressure as the incident enraged common people of the state. The incident also made headlines on national level, bringing bad name to the state.

After video went viral, the police came into action and booked 24 villagers under various sections of IPC.

Another victim of a similar conspiracy- a retired teacher- also came ahead and filed a complaint with the police. A separate FIR has been registered in this case, the police said. The teacher was allegedly targeted, threatened, and even his house was ransacked after the daughter of the ‘Gur’ provoked villagers against him. The teacher had approached the police with a complaint, but he was made to withdraw it.

It’s being claimed that the police has gathered sufficient evidence against accused in the case. The Superintendent of Police, Mandi, Gurdev Chand, is himself supervising the investigation, the sources said.