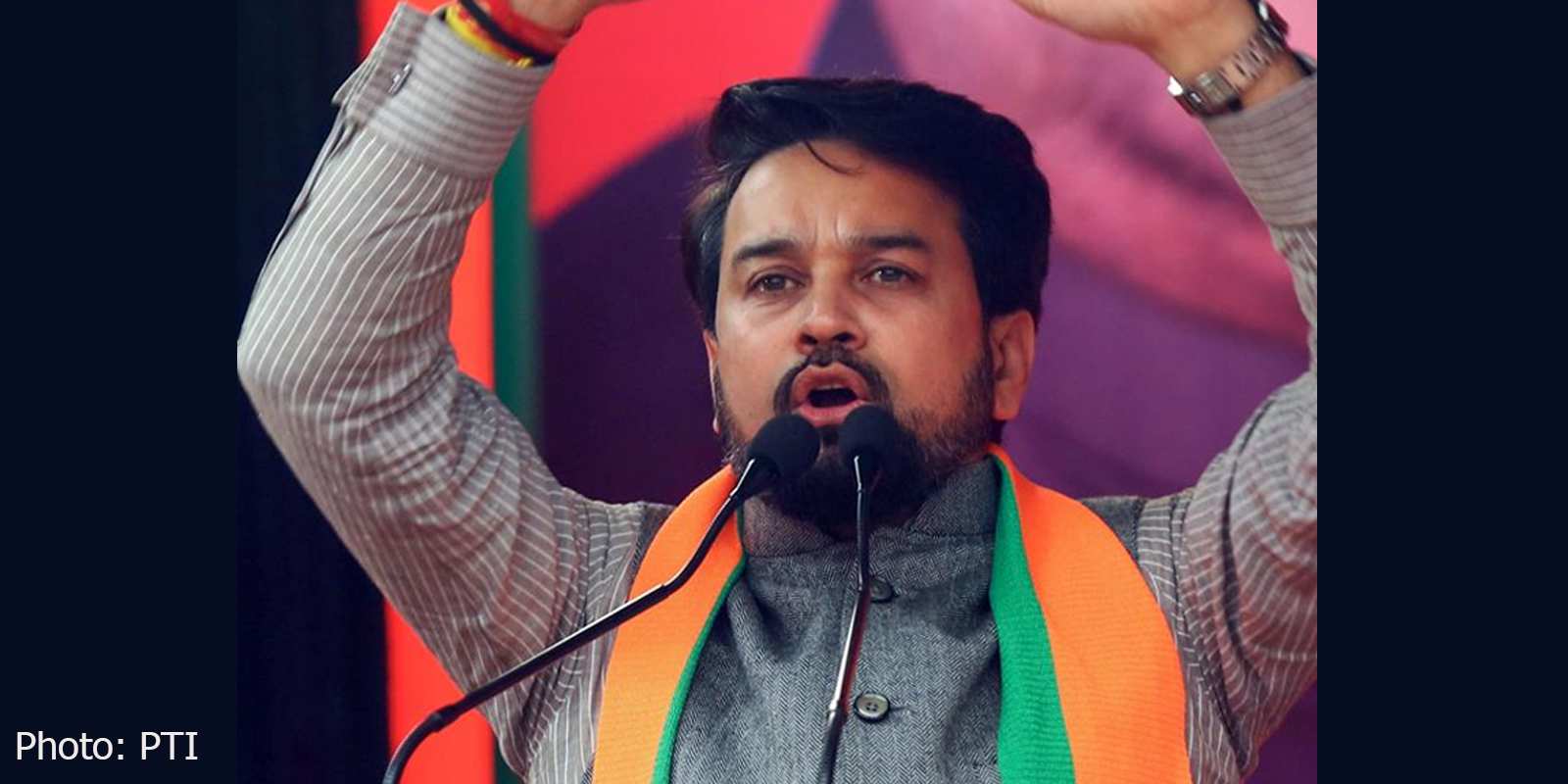 Shimla-While foul remarks and hate-speeches from political leaders have become common, the standards of political sloganeering dipped to a level where a member of Council of Union Ministers joined the bandwagon. The Minister of State for Finance Anurag Thakur has stirred another controversy, which is aptly distracting media from real issues. Most of the criticism came considering the fact that nation’s economic health is in tatters and Anurag is the part of the team that is scheduled to present budget for this session since February 1, 2020.

Anurag Thakur landed in a controversy after, while campaigning for Rithala candidate ahead of impending assembly elections in Delhi, he was seen targeting anti-CAA/NRC protesters and provoking party workers to shout “Desh Ke Gaddaron ko, Goli maro sa**on ko” (gun down the traitors). The video footage is now widely being circulated on social media.

Thakur drew criticism not only from oppositions but also from legal experts. The act was termed as a violation of the Model Code of Conduct. Faced with pressure from the opposition and people, the Election Commission of Delhi sought a report from the district electoral officer, which was submitted to the Election Commission of India on Monday. Following it Anurag was served a notice by the EC.

So far, politicians of the ruling party in the peaceful Hill State had refrained from making controversial or incendiary remarks. Therefore, for the State of Himachal Pradesh, its rising leader has brought embarrassment as he showed indifference towards the dignity of his official position. Questions are being raised as to who would be responsible if any of party worker translates this slogan into reality.

The matter becomes more serious considering the fact that a huge protest has been going on in Delhi’s Shaheenbag against the CAA and NRC. These protesting people are being branded as anti-nationals and traitors.

The protest is going on for over a month now as women from almost every age group have come out of their homes to stage an indefinite protest. On January 26, 2020 – on the 71st Republic Day- tricolour was furled at the Shaheenbag with enthusiasm.

This protest is inspiring more such protests in other parts of India and become a headache for the Centre government.