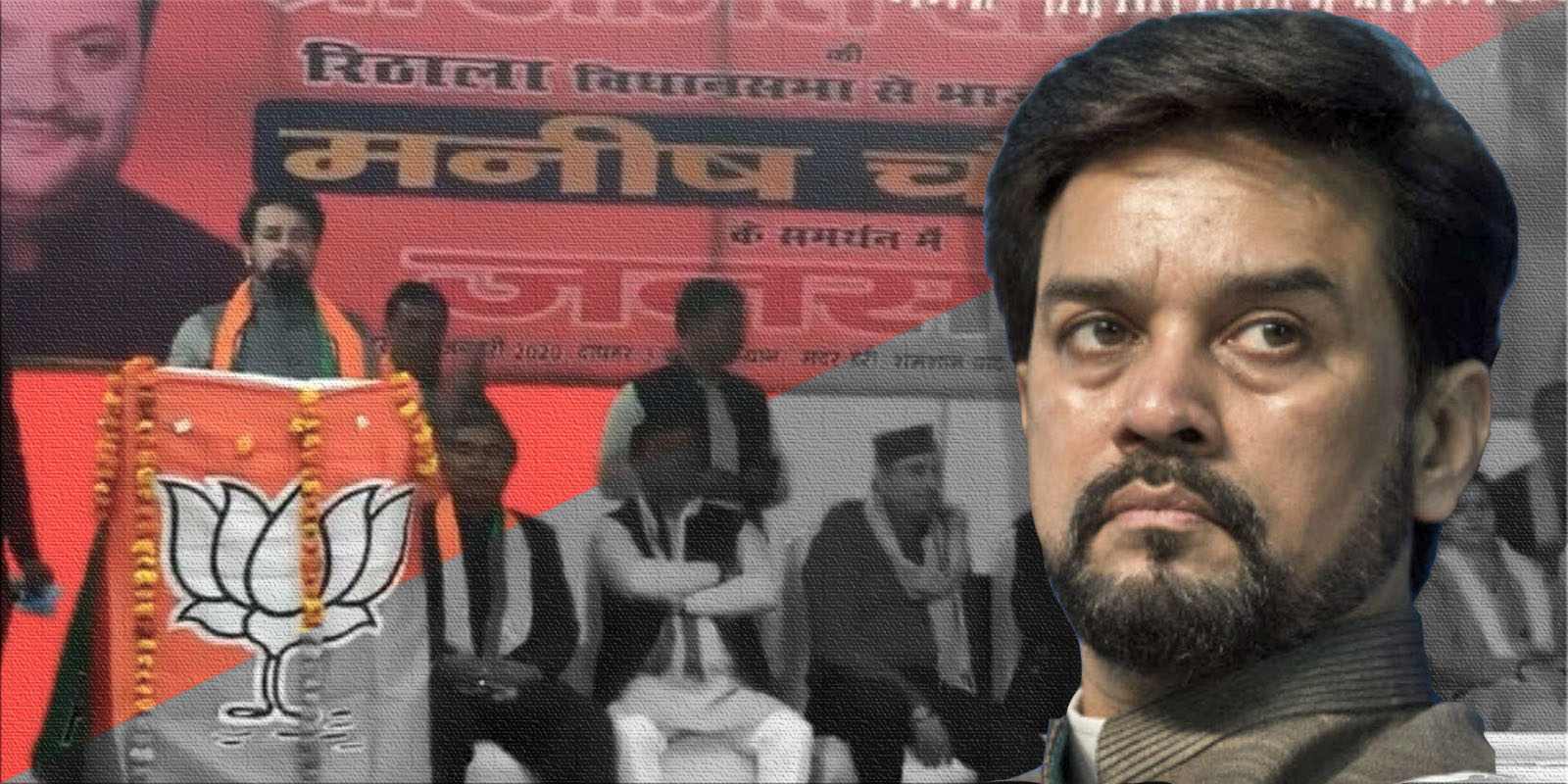 Shimla– Ahead of elections to the Delhi Assembly in February 2020, the Election Commission of India has ordered the removal of Union Minister Anurag Thakur’s removal from the list of BJP’s star campaigners after he was caught on camera raising shockingly incendiary slogan. It is an embarrassment that Thakur has brought upon for Himachal Pradesh and his party.

His act was criticized by majority of people, especially because Thakur holds a constitutional post with the Union Ministry and is expected to not act according to the office he holds. People from his home-state also expressed shock and condemned his act.

The order came a day after a notice was served to Anurag seeking an explanation over his slogan. The EC found the comments made as prima facie violative of Model Code of Conduct (MCC).  The EC clearly mentioned that the removal should be done with “immediate effect and until further orders.”

In its notice, the EC said that it was prima facie of the view that the comments made by Anurag “have the potential of disturbing communal harmony and aggravating existing social and religious communities.” The EC said, thereby, it is a violation of MCC which is in effect since January 6.

In the notice, the EC referred to Section 123 of the Representation of the People Act, dealing with attempts to promote enmity or hatred between different classes of citizens on the grounds of religion, race, caste, community or language.

Along with Anurag Thakur, EC also ordered the removal of Lok Sabha member Parvesh Singh Sahib from BJP’s star campaigner list. Parvesh had made a shocking remark in which he said, “lakhs of people gather there (Shaheen Bagh), they will enter your houses, rape your sisters and daughters, kill them.” It was followed by an appeal to elect Modi (BJP to power) to remain safe.

This statement in a speech while campaigning for BJP’s candidate from Rithala on January 27 had attracted widespread criticism.

Footage of Thakur was shown by media widely and circulated on social media quickly. Targeting anti-CAA/NRC protests at Shaheen Bagh, which is going on for over 40 days now, Anurag can be seen shouting “Desh ke gaddaron ko”, which is completed by party workers by shouting “goli maro sa**on ko.” (Gun down the traitors).

Also Read: CAA and NRC – A Dissent on Grounds of Equality and Fraternity

However, the removal of Anurag from campaigner list doesn’t imply that he would not be able to campaign anymore. It just implies that expanses of his travel for campaigning would be added to the expanses of the candidate he campaigns for. Political analysts are calling it merely a slap on the wrist of BJP. The trick appears to keep media and people distracted from real issues such as the economic slumber haunting the nation.

Bharatiya Janata Party has apparently run-out of relevant agendas and ammunition against the Aam Adami Party in Delhi ahead of Assembly elections. The best trump card is to create a communal divide and scare people by telling them that the minority is trying to annihilate their society and the nation. The remaining gap is filled by spreading misinformation. There is no socio-economic issue in the speeches of its leaders and even star campaigners. Anti-national, tukde-tukde gang, traitors, and Pakistan are the only phrases that are being used repeatedly to cast opposition AAP and any other anti-CAA/NRC groups as anti-nationals.

Further, it has become a trademark of BJP’s tactic to bully and suppress any voices rising against decisions of its government by branding them anti-nationals and sympathizers of the minority community.