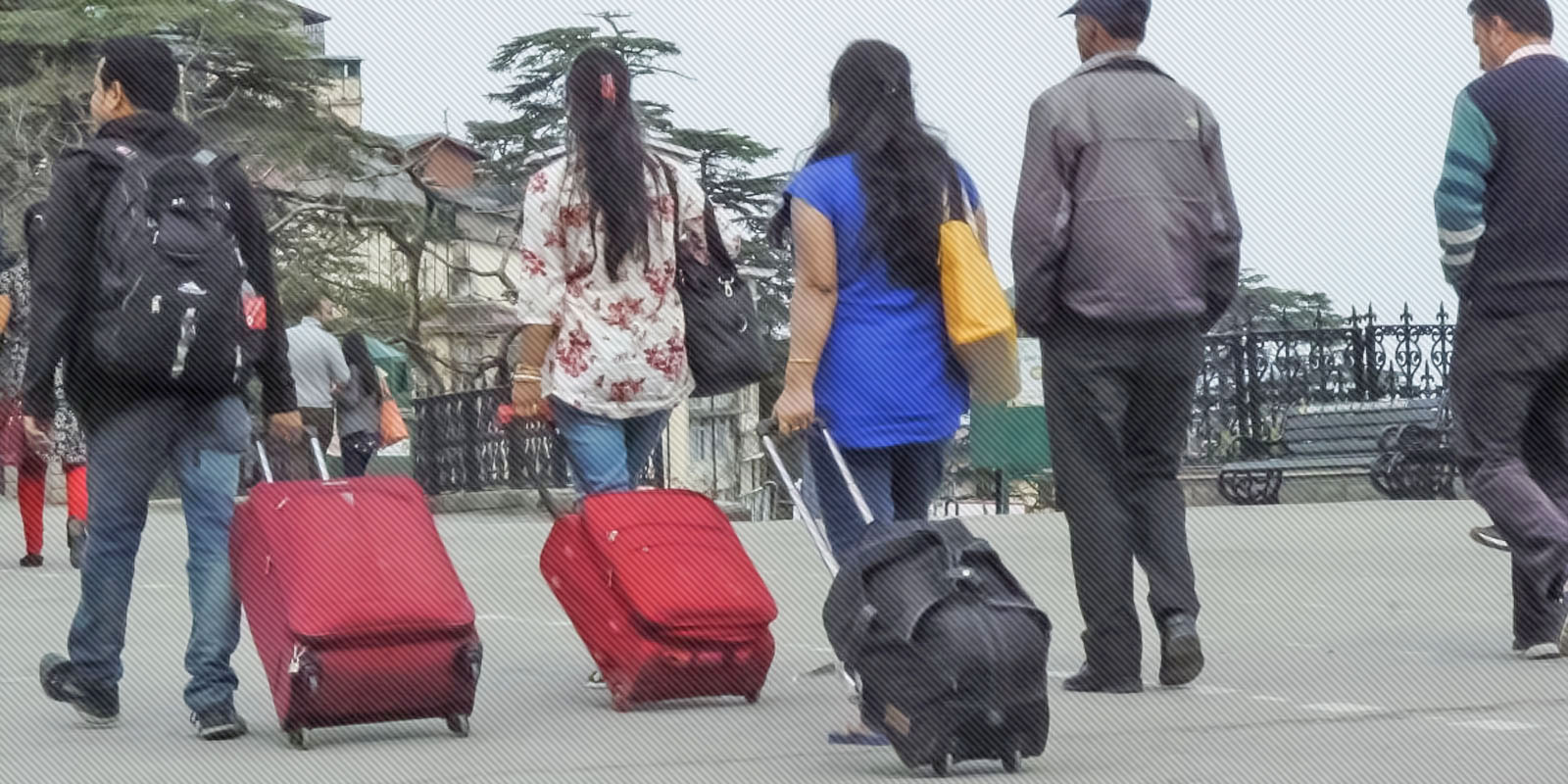 Shimla-Himachal Pradesh has reported seven COVID-19 deaths in the past two days with a surge in new cases. Four deaths were reported on Wednesday itself, taking the death tally to 1012.

A massive increase in new COVID-19 cases in neighbouring state of Punjab is concerning for Himachal Pradesh. The tourists from Punjab and other states continue to visit the state without any restriction and monitoring of any sorts.

On Wednesday, Chief Minister of Punjab, Captain Amrinder Singh, revealed that 81% of the 401 samples sent from Punjab for genome sequencing tested positive for the United Kingdom (UK) variant of the coronavirus – the B.1.1.7 or SARS-CoV-2 variant.

Studies have shown that this new variant is deadlier; it has a higher mortality rate. The SARS-CoV-2 variant is also about 40 to 70 percent more transmissible than previous variants.

Also Read: Schools in Himachal to Open for Non-Board Classes from Next Month, Admissions for 2021-22 Session from April 1: Education Department

The Centre yesterday directed states to include all people aged above 45 years in the vaccination drive. The Centre has also rolled out new guidelines for April in wake of the spike in cases in as many as six states – Maharashtra, Punjab, Karnataka, Gujarat, Chhattisgarh and Tamil Nadu. These states together account for 80.90% of the new cases (40,715) reported in the last 24 hours. 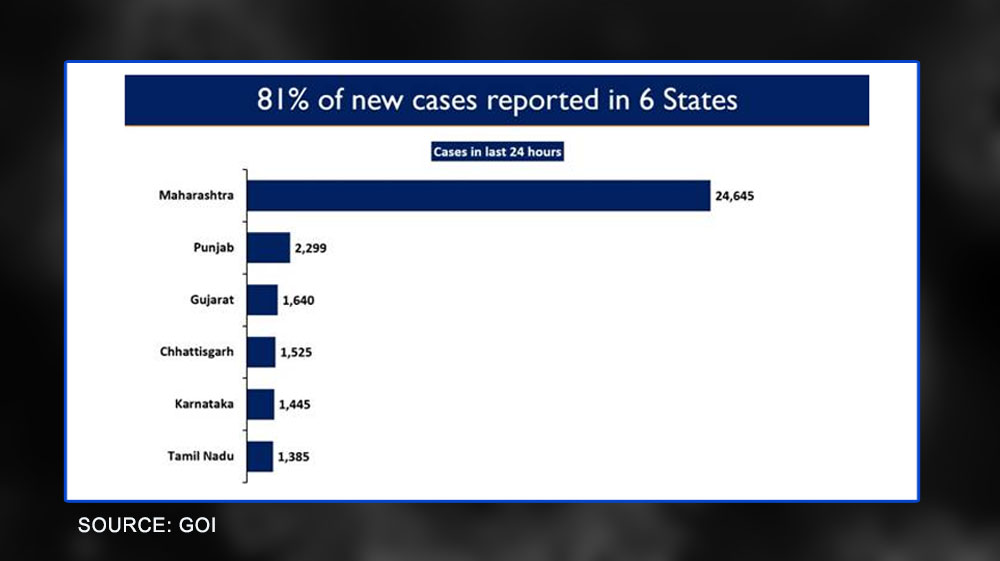 Punjab and Maharastra each have reported 58 COVID-19 deaths in the past 24 hours, which is the highest among the six states. 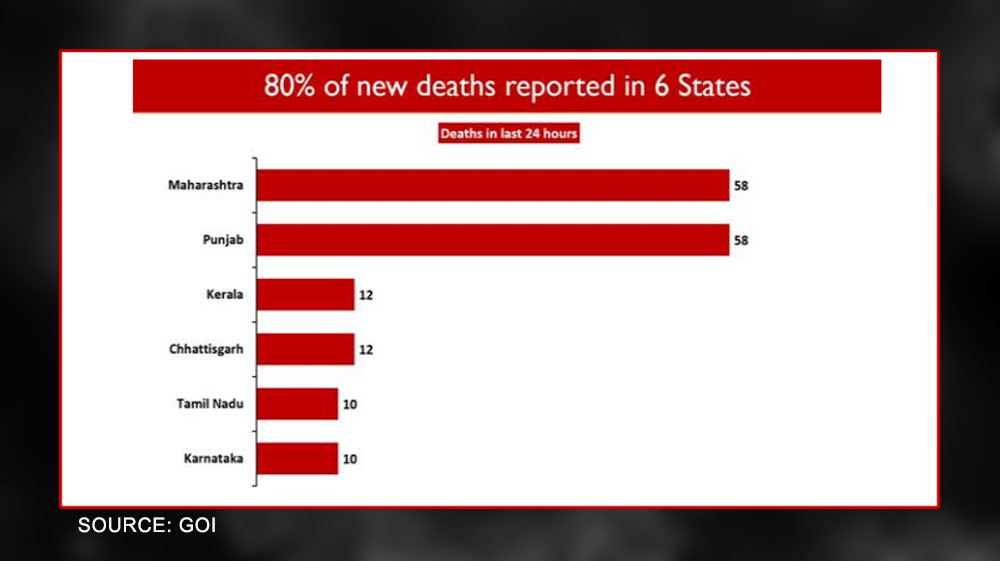 However, the state government is still reluctant to comment on a strategy to take preventive measures against the entry of the new variant into the state.

On the condition of anonymity, an official of the district administration said, the government is concerned that any mention of the possibility of restrictions and conditions on movement of tourists ahead of the tourist season would enrage the tourism industry.

Although the Centre has directed states/UTs to increase testing, the rate is still not high enough in Himachal Pradesh, the official said.

The state government hasn’t made plans to make precautionary measures like producing COVID-19 negative reports or conducting rapid tests of those entering the state mandatory.

The Centre has already made it clear that no restrictions would be imposed on the inter-state or intra-state movement of people or goods.

Tourists from Punjab flock to Himachal daily, especially on weekends. With the summer -peak tourist season- likely to kick-off in April, the footfall of tourists is only going to rise manyfold. The officials are of the view that completely neglecting taking preventive measures on inter-state movement, especially from the states with a massive surge in new cases, would jeopardise the lives of the people in the state.

Further, the possibilities of more strict lock-downs appears to be thin, especially as India struggles to get out of the recession and unemployment crisis it’s facing.  The Reserve Bank of India recently made it clear that another lock-down would be unbearable for the nation.

“There is a restless urgency in the air in India to resume high growth, and incoming data point to even contact-intensive services such as personal care, recreation and hospitality gathering traction,” central bankers led by Deputy Governor Michael Debabrata Patra wrote in the Reserve Bank of India’s latest monthly bulletin. But “another outbreak, more lockdowns and restraints, will get unbearable in spite of learning from the initial experience of living with the virus.”