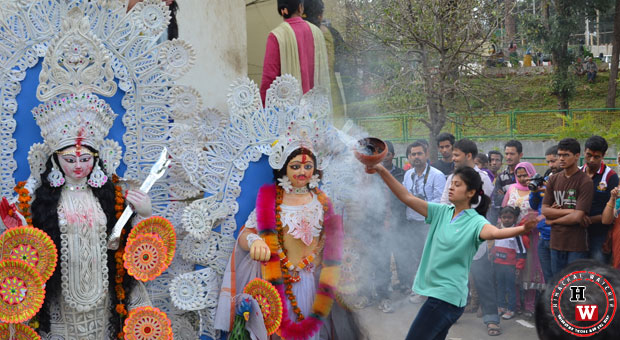 Finally the grand celebration of Navratri Durga Pooja came to an end with the Goddess Durga Visarjan in the I.T.B.P. pond in Shimla. It is the last of the rituals connected to Navratri Durga Pooja as prior leaving the main Kalibari Hall, the idols were worshipped for one last time by the devotees. Women perform the sindhur khela ritual, by putting vermillion on the forehead of the goddess and on each other before preparing for a tearful farewell to the Goddess Durga. With great zeal and enthusiasm idols were taken for Visarjan where the “dhunuchi” dance was performed by devotees in front of the Goddess. With a smoking mixture of camphor, incense, tinder and coconut husk, called “dhuno”, poured inside wide brimmed clay pots, called dhunuchi, the devotee rests the pot in his hands and swayed to the beats of dhakis in front of the goddess as can be seen in the photos.

With the immersion of idols in water and the celebration comes to an end leaving all devotees praying for a prosperous time ahead. 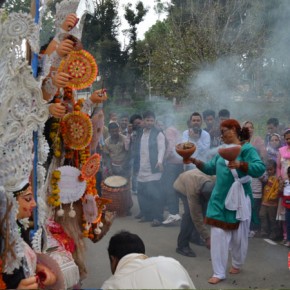 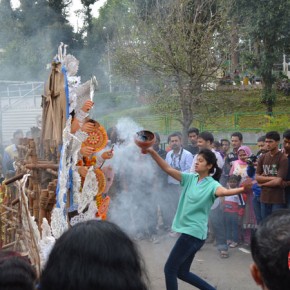 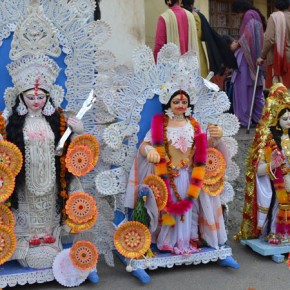 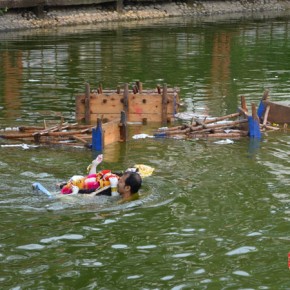 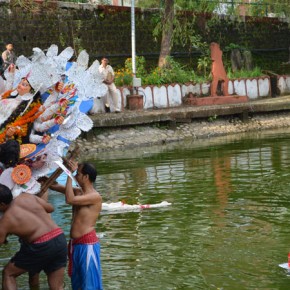 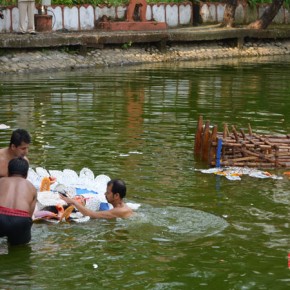 Global Dances being staged at Gaiety