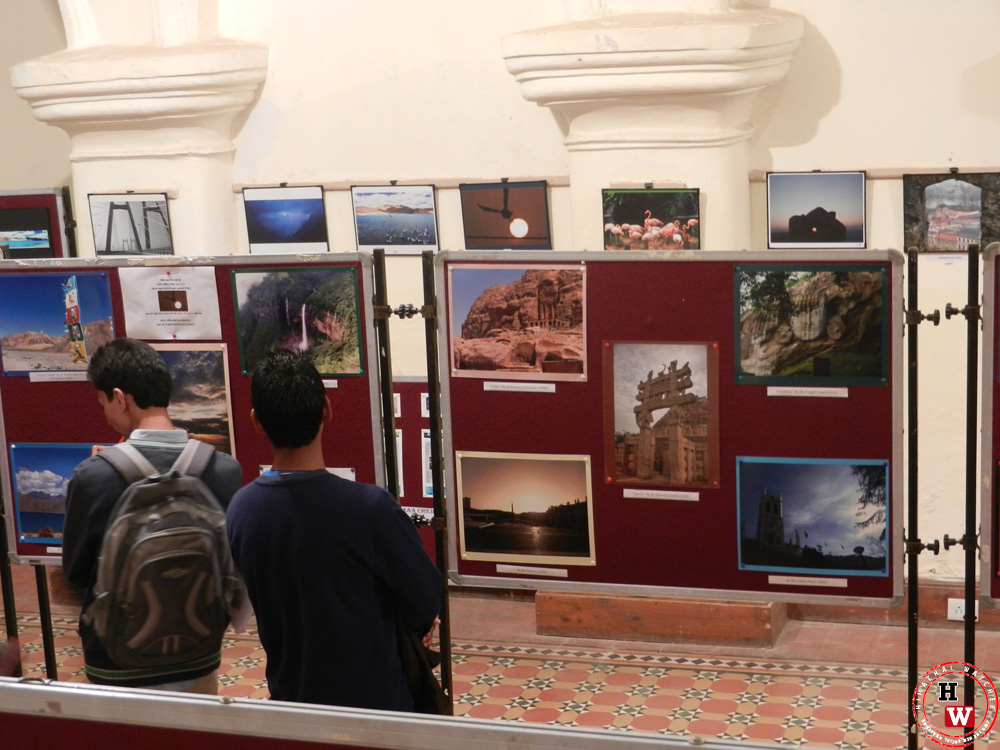 “In LAC exhibition I got lot of information about the state monuments where as in other one I got an opportunity to have a world tour through photographs”, Misha Verma, a local resident and a

The on going double exhibition at Gaiety on the monumental heritage of Himachal Pradesh by Archaeological Survey Of India, Shimla Circle and State Archaeology Language and Culture Department, Himachal and Abhiyati 13- Photography exhibition by the National Academy of Audit and Accounts, Shimla is receiving a very warm reception by people. While informing about the exhibition Abhay Singh, officer trainee at NAAA says, “We are celebrating the World Heritage Week and in the exhibition we have showcased photographs taken by IAS officers from batch 1975 to 2012. There are different categories and photographs displayed under the Competitive

section have been short-listed by after valuable judgment of Raghu Rai (Padma Shree-1972), Pablo Bartholomew (Padma Shree-2013) and Shipra Das (one of India’s first woman photojournalist).” “We received more than thousand entries and none of them is professional photographer. We even have various competitions for school and college students where they can give captions to displayed

photographs and win prizes”, he informed further.On the other hand in other exhibition people can see the photographs of the existing Heritage monuments in the State. The main thought behind the showcased photographs was to make the people aware about the rich heritage that The State has inherited from ancestors and to make people realize the worth of it by creating awareness among them. Other than that a list of various other heritage monuments in the entire country is also exhibited in the show.

In the exhibition there were approximately 150 photographs showcased including photographs of heritage temples like Nag Temple, Chaupal; Narvadeshwari Temple, Sujanpur; Hatkoti; Surya Narayan Temple to name some. It also showcases forts and Palaces in Himachal too giving insight into rich architecture of the state. There is a sharp contrast in both the exhibitions as on one hand there is non professional shots taken right from mobile cameras to normal pocket ones are exhibited where as on other cameras like Cannon Rebel XT; Sony Alpha100; Sony Cyber Shot W520; Nikon DMat; Sony Alpha100 and Nikon DMat; Cannon Powesrhot 640 and Sony Cyber Shot W520 have been used by the photographers respectively.

The brief description about the monuments are also coming handy for the people as Misha Verma, one of the spectators, while commenting on the exhibition said, “I am really happy to have visited the show as I can see photographs right from religion (Devi and Devtas) to sunsets and other landmarks under one roof. In LAC exhibition I got lot of information about the state monuments where as in other one I got an opportunity to have a world tour through photographs. It was really a wonderful experience.”