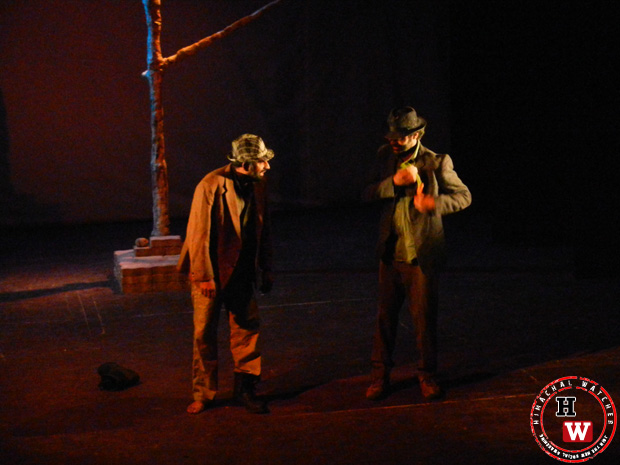 SHIMLA: Recently people of city got an opportunity to experience the magic of Samuel Beckett’s Waiting for Godot at the historic Gaiety Theatre. The play was organized by Renaissance Theatre Society in association with Sankalp Theater Group.

It is one of the well know plays belonging to theater of absurd genre. The story of play revolved around two characters waiting endlessly and in vain for the arrival of someone named Godot. Two men, Vladimir and Estragon, meet near a tree. They converse on various topics and reveal that they are waiting there for a man named Godot. While they wait, two other men enter. Pozzo is on his way to the market to sell his slave, Lucky. He pauses for a while to converse with Vladimir and Estragon. Lucky entertains them by dancing and thinking, and Pozzo and Lucky leave. After Pozzo and Lucky leave, a boy enters and tells Vladimir that he is a messenger from Godot. He tells Vladimir that Godot will not be coming tonight, but that he will surely come tomorrow. Vladimir asks him some questions about Godot and the boy departs. After his departure, Vladimir and Estragon decide to leave, but they do not move as the curtain falls. Shortly after, the boy enters and once again tells Vladimir that Godot will not be coming. He insists that he did not speak to Vladimir yesterday. After he leaves, Estragon and Vladimir decide to leave, but again they do not move as the curtain falls, ending the play. One can say that it was play for classes and not masses. Theater of absurd is not something that can be understood and catch the whim and fancy of all.