They had dumped Yug’s body after killing him. The body was tied with heavy stones using rope so that it does not show up on surface, Parents of the deceased boy had been still expecting him to be alive.

SHIMLA- The skeleton of Yug Gupta, a 4-years-old Shimla boy who had disappeared on June 14, 2014 from Shimla’s Ram Bazaar, was recovered from a Municipal tank at Kelston near Bharari on Monday. Initial reports from CID suggest it to be a case of kidnapping for ransom. The team has taken samples for forensic tests. However, CID has not yet spoken openly to media, but said it would hold a press conference on today to disseminate complete information

A team of CID found the remains of Yug Gupta after Vikrant Bakshi, one of three accused arrested on Sunday from Chandigarh, accepted the crime and told the agency about the place where they had dumped Yug’s body after killing him. The body was tied with heavy stones using rope so that it does not show up on surface.

After jaundice outbreak in Shimla, the High Court had directed the administration to clean all its tanks. Shimla MC claims that the tank was cleaned twice, which doesn’t go with the fact that they didn’t find the body during the cleaning. The tank supplies water to about 2000 homes including VIP areas of Shimla and yet it was ignored so easily. If further reports confirms the chain of events to be true, then SMC will find itself in an embarrassing situation and guilty of highly irresponsible act.

CID team searched the area based on the inputs given by accused Vikrant Bakshi and recovered the skeleton. CID has also arrested the two other accused, Chander Sharma and Tejinder Singh, who were out on bail. Both are residents of Ram Bazaar, Shimla. These two suspects were arrested this June on suspicion, but had managed to get out on bail.

The parents of the deceased boy had been expecting him to be alive all this time and had hoped to see him after the CID had made two arrests in June.

The parents had approached the High Court after police had failed to trace any clue about their missing son after months of registering FIR in Sadar Police Station and CID had also failed despite questioning over 200 people in the case. Following this, the court had on July 12 directed the state government to file a fresh status report within two weeks. 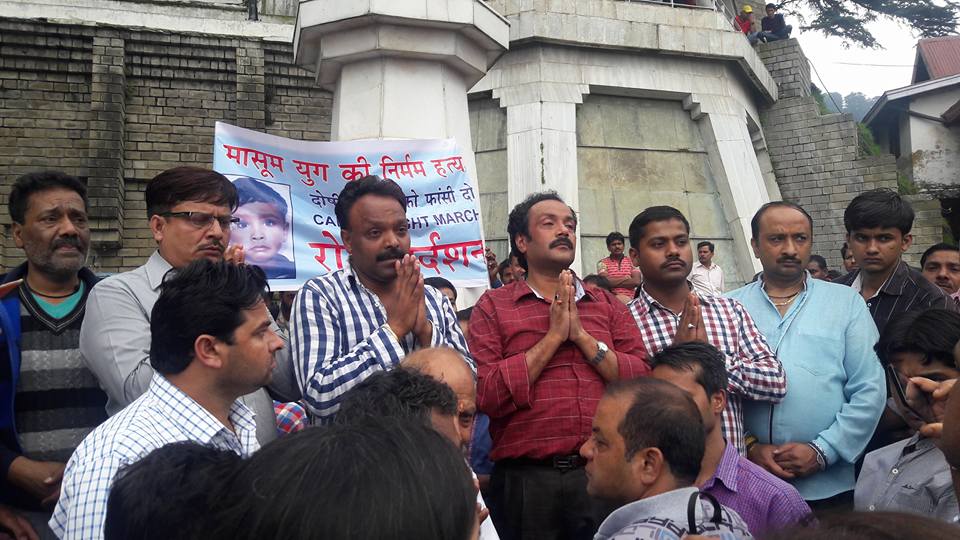 In the petition, it was alleged that the father of the boy had received three calls from Sanjeevan Jaiswal in the month of August in 2014 demanding ransom. According to parents, there were demanded about Rs. 3 Crores as ransom initially. Later, 10 crores were demanded. The calls demanding ransom stopped after the case was handed over to CID.

The arrested suspects were asked by the CID team to take lie-detector-test, but both of them showed hesitation and escaped it. It almost confirmed CID’s suspicion and they tightened surveillance on them. Now, CID claims to have solved the case and will unfold more aspects regarding it in the press conference today.