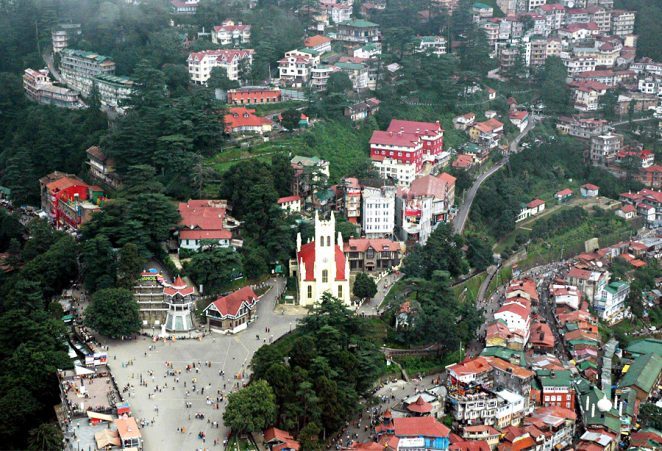 The government is least concerned about it. Large pieces of land are cleared for construction of shopping complexes and parking lots. However, playground and parks aren’t anywhere in the to-do-list of government.

SHIMLA-The Shimla Ridge is always crowded during day as it represents the very heart of the popular hill station. For those who are born and brought up in Shimla, the Ridge appears like an ant-farm with constant humming noise emanating from the crowd throughout the day. But if you ever get a chance to visit it early morning, then don’t miss it. It’s serene enough to allow sounds of nature take over for a while. For instance, at early morning hours you can hear chirping of birds. You should definitely watch Vivek Mohan’s new docu-drama “SOS: Shivaji park of Shimla” that includes early morning scenes that can justify aforesaid statement.

Vivek Mohan was born and brought up in Shimla and is currently based in Mumbai. His 21 minute docu-drama might not be a masterpiece from artistic and technical perspective as it’s shot only with an iPhone.  The filmmaker didn’t want to destroy realistic behavior of children by intruding with bulky professional camera. So, he just used an iPhone. Rather, the docu-drama is more focused on a critical issue that no political party or organization ever take up – complete lack of playgrounds for children in Shimla town.

The docu-drama will definitely revive childhood memories of those brought up in Shimla. They’ll agree that children in Shimla spend more time searching for lost balls than playing the game. You’ll understand what we intend to say here if  you are brought up in Shimla. In the middle of a cricket match, it was common to witness extensive search operations in bushes to find lost balls. In Shimla, it’s nothing short of a bliss for children to find even a small space to play.  That’s because the administration has even failed to provide even small parks for kids.

One of the British era water reservoirs, the Shimla Ridge, used to be the only place that children used to treat as their common playground. However, now these children are not allowed to play here because their playing causes inconvenience to people. This justification would have been logical if these children had anything on the name of a playground.

The Ridge is shown in different shades which suggest that the filmmaker had been chasing  gangs of children for months. The early morning scenes, other than children, contains usual activity like a waterman opening water supply while sound of broom is clearly audible in the background. Moreover, the original background sounds don’t miss barking of dogs – a permanent feature of the Shimla Ridge and the Mall. Clearly, even dogs can play on the Ridge while children are restricted. The occasional and the only mechanical intrusion is that of ambulances or police vehicles. 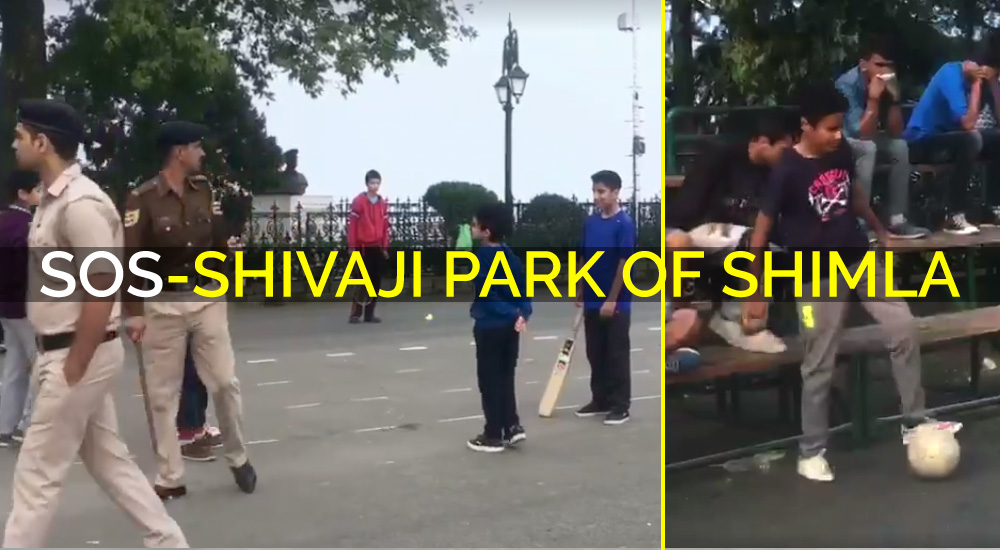 The filmmaker has compared the famous Shivaji park in Mumbai to the Ridge Shimla. Despite being a stadium, Shivaji Park is open for all people and children to play. However, in Shimla, the only open space is prohibited for children to play or to cycle. Children complain that cops threaten to snatch their cycles and chase them away with warnings.
The police is, no doubt, only following directions here, but still it sounds unfair to chose cops to chase away these children whenever they try to play. Police hardly enjoys any positive image. Children still try to find opportunity to use the Shimla Ridge as their playground. Mostly, early morning when the Ridge is completely deserted, these children try to make full of it. The children are aware that police doesn’t take more than a few minutes to arrive as rotating CCTV cameras always keep vigil on them. Still, they take their chances like rebels do.

The administration is least concerned about it and always expresses helplessness. Large pieces of lands are being cleared for construction of shopping complexes and parking lots. However, playgrounds or parks aren’t anywhere in the to-do-list of government. Some selected playgrounds either belong to schools or similar institutions. Isn’t it insensitive of us to underestimate the role of a playground in development of children? If you ask a counselor, it’s shear repression of natural instinct of human kind during childhood – playfulness. Children start exploring their world from playground. Sadly, citizens, too,  don’t try to push the administration to think about the issue. 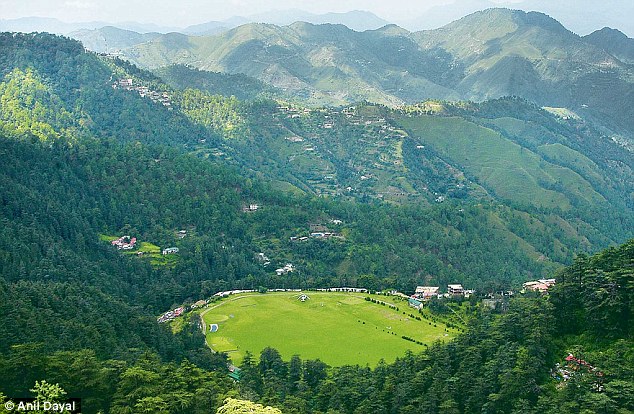 The filmmaker has even created a dedicated Facebook Group “SOS: Shivaji park of Shimla” for this cause that like minded people are joining. Here, you will find suggestions to this issue like letting children to play on Annandale ground and even Jubbar Hatti airport. The airport is hardly in use and Annandale has been turned into a helipad with little air traffic. The world’s highest cricket ground in Chail isn’t under the control of district administration, hence,  not accessible to children. So, children are forced to compromise with quality of their childhood.

To continue this campaign, the filmmaker has even planned an event in Shimla to highlight the same issue.

Vivek Mohan has started this campaign but he’ll require support of citizens to achieve the intended purpose – playgrounds and parks for children.