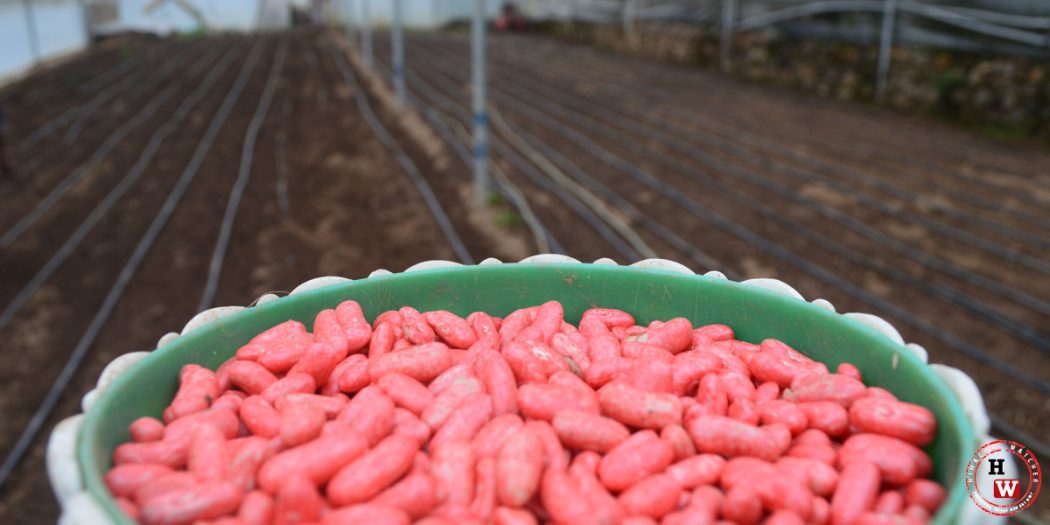 The State Government has announced attractive prizes for the farmers for excellent work in organic production. First, second and third prizes of Rs. 3 lakh, Rs. 2 lakh and Rs. one lakh respectively would be given to the farmers who will adopt organic farming.

Shimla – Himachal Pradesh Government said the State has obtained prolific results in the field of organic farming as a large number of farmers have come forward to adopt this method. As a result of which the off seasonal vegetable producing state has now become the leader of organic farming said the Government.

As per an agriculture survey, there is a scanty use of chemicals in the State i.e. 158 grams as against 381 gms per hectare average in the country.

The Government said it is the outcome of an ambitious project of Rs. 321 crore that is being implemented in State for diversification of agricultural activities. The scheme is implemented in five districts, Kangra, Una, Bilaspur, Hamirpur and Mandi in collaboration with Japan International Co-operation Agency (JAICA).

An amount of Rs. 212 crore was spent under the scheme and provision of spending Rs. 80 crore was made for the current fiscal.

The State Government has announced attractive prizes for the farmers for excellent work in organic production. First, second and third prizes of Rs. 3 lakh, Rs. 2 lakh and Rs. one lakh respectively would be given to the farmers who will adopt organic farming.

Agriculture activities in the State have witnessed an enormous change with the efforts of Agriculture Department and Agriculture University Palampur, said Government. The University has established a separate Organic Farming Wing to provide direction and momentum to the campaign in the State.

‘Vermiculture’ is the key component in promoting organic farming and the State Government is providing special impetus on manufacturing vermi-compost in large scale.

As per the Government, the farmers are being provided 50 percent subsidy for installing vermi- compost unit. So far, 1.50 lakh such units have been established in the State.

Further, the Government aims installation of 20 thousand more such units for the current fiscal to ensure adequate availability of vermi-compost to the farmers.

State Government has fixed the norms for maintaining the quality of Vermicompost. For providing commercial dimension to this activity, commercial units of vermi-compost are being established in the State. So far, five Units for the production of Bio fertilizers have been established.

The farmers of Shimla, Solan, and Sirmour districts have already taken a lead in registration for organic farming and are taking a keen interest in producing vegetables, thereby supplementing the efforts of the State Government in popularizing organic farming.

In this row, Himachal was awarded the “Krishi Karmanya Awards” for two consecutive financial years 2014-15 and 2015-16 for excellent enhancement in the agriculture production, which is a matter of pride for the state, said the Government.

Restriction on holding protests, rallies in specified zones of Shimla town from today