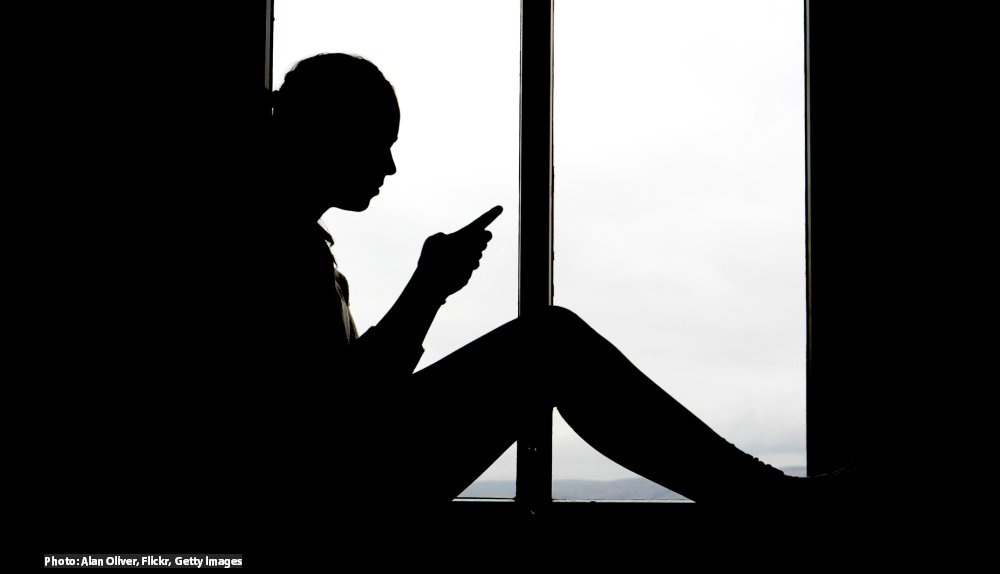 The appearance of a case related to controversial Blue Whale game in Solan district of Himachal Pradesh has sounded the alarmed among the parents. A 12-years-old boy was luckily rescued after his parents discovered signs of self-mutilation on his hand.

So far, Himachal Watcher refrained from covering the Blue Whale Phenomenon as we felt bound by the ethics of reporting news relating to suicide. The news channels and dailies did what exactly the creator of this concept wanted from them – creating more curiosity in vulnerable subjects through sensational coverage. Numerous stories were published using some sensational images showing a whale drenched in blood or something like that.

From our sources, we were told that schools are implementing the advisory in a haphazard manner which is doing nothing else but to create more curiosity among children, especially teens.

Until now, the awareness about mental health and relevance of trained counselors were entirely missing from schools as a necessity to deal with complex teenage issues. For instance, not many of us are aware that the World Suicide Prevention Day 2017 is observed on September 10 every year to create necessary awareness. There is a reason why the world needed to dedicate a special day to attend to the issue. It’s preventable.

So, we feel obliged to take part in the debate to introduce some more aspects.

First of all, it is not exactly a game that can be downloaded and installed in devices. Bullying and pressurizing participants to complete the task are major parts of this concept. The participants receive a link through one of the social media. As suggested by some tech-forums, the participants are asked to accept a cookie that allows the curator to access entire data of the device being used by the participant.

Secondly, Blue Whale is not the only name by which this concept has spread to the social media. The same concept is being adapted under different names. There could be a number of such groups.

After several incidents in some parts of India, the appearance of a case related to controversial Blue Whale game in Solan district of Himachal Pradesh has sounded the alarmed among the parents. A 12-years-old boy was luckily rescued after his parents discovered signs of self-mutilation on his hand.

The boy said he wanted to quit the game but he could not. He received threats from the curator or the admin. The boy said the curator warned him that if he doesn’t accomplish the tasks assigned, his parents or family members would be harmed.

The fear was instilled so strongly in the victim child that he did not dare to speak to his parents.

The disclosure by the rescued boy that more of his friends are hooked to this lethal challenge has sent waves of panic among parents. At the same time, media reporting is fueling curiosity in masses. The advisories issued to children and their parents by the police and the schools are also doing the same.

People, government, and web experts are feeling helpless against this psychological trap of the ‘deep web’. The psychologists are suggesting the curators does not pick up its prey randomly, but from a targeted section that is more vulnerable. Apart from access to the digital world, the mental health of teens requires close attention here.

However, the parents and schools are required to pay more attention to the psychology behind the concept that is believed to have originated from Russia. A Russian man was reportedly convicted for inventing the concept or spreading it to suicide groups. Recently, another curator, a Russian girl, was reportedly arrested.

Psychology behind the concept

It sounds stupid and unbelievable that a person could convince or control someone through a psychological manipulation or through threats to complete abnormal tasks and end his/her life by the time the series of task reaches its final stage. In India, psychology has not received the amount of attention it deserves in the society. Even most costly or prestigious schools do not have a regular counselor, which supports the aforesaid statement.

Majority of experts in the field of psychology suggest not all children or teens are vulnerable to this threat. The teenage period is marked by high-risk taking behavior. The experts also link it with poor mental health, depression, and pre-existing tendencies towards self-destruction or inclination to harm one’s own self. Teens with depression, low-esteem, identity conflicts, emotional breakups, and those with traumatic experiences including child abuse are more prone to fall victim to this game, say experts.

Sadly, schools are not providing professional counselors, who could prove much better in observing these indicators in a child during school hours as well as creating awareness among other teachers and parents. There is a huge difference between the role of a teacher and that of a trained, skilled psychologist.

Children, especially teens go through tremendous behavioral changes during teenage- a natural process. Teenagers strive to establish their individual identity in their friend circle. They tend to assess their importance in their circle. Introverts and those with low-esteem or low level of achievements often face an identity crisis

, said Ranjana Sharma, a scholar pursuing her research related to the “Quality of Life” from Department of Himachal Pradesh University.

It sounds impractical for teachers to attend to each individual student in their class or identify such cases. Moreover, we must accept that the new generation gets hooked to electronic devices like mobiles and the Internet from a tender age. Their exposure and access to the world are far greater than the previous generation,

This exposure requires to be channelized through proper guidance as it is impractical to put a complete check on it.

Nowadays, the teens are more tech-savvy than their parents, which makes it difficult for parents to monitor what exactly their children doing on their smartphones and laptops, she added.

The description of the Blue Whale concept, methods, and design of tasks suggest enhancing already existing tendencies by creating an illusion that someone is being part of something daring. The participants are first conditioned to follow an abnormal routine like waking up at odd hours (between 2 AM to 4 AM), watching depressing videos sent by the curator, climbing up a building, to stand on the edge of the roof, or listen to gloomy music tracks at a particular time.

A survivor said he was asked to go to the graveyard at 2 PM and send a selfie as evidence that task was completed. Self-inflicted injuries are given a form of an act of punishing oneself, suggest psychologists.

The best prevention here appears to be giving more time to your children, at least enough to observe changes in their behavior, if any. The advisories are asking parents to reach a counselor if they observe symptoms like isolation, withdrawal from routine activities, and a decrease in the time that their children used to spend with them or the appetite.

If a child is already an introvert, then it must be ensured that he gets more time from parents to express his emotions. A friendly relationship would help bridge the communication gap between the teens and their parents.

Safety at schools: Why “only my children” approach?