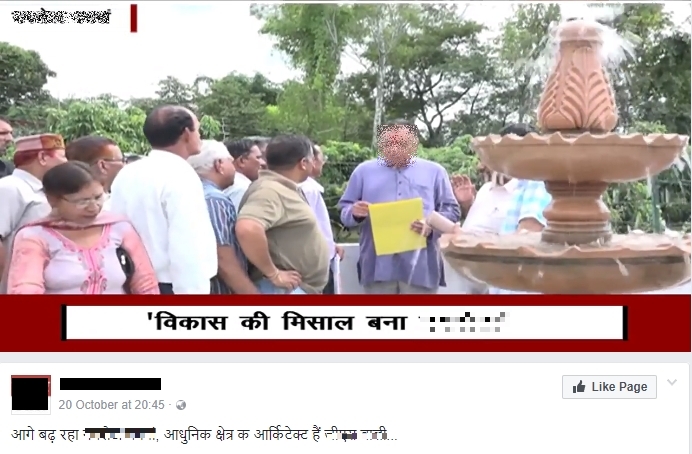 Shimla: The bugle for the elections for the General Assembly of Himachal Pradesh has kicked off the most profitable season for the media. Candidates of the both major parties in Himachal are spending a lot on campaigning. For politicians, without media, it would not be possible to create illusions for the masses.

However, it is not a crime to accept advertisements provided the audience is clearly made aware of it. However, as the model code of conduct is in force, it would be a violation of the rules to publish paid news.

One of Himachal Watcher’s readers has brought to our notice a video posted by a news portal alleging that it is a paid news. When we went through the video, we couldn’t resist showing agreement with the allegation.

First, do pay attention to the grandeur given to the video through the background music.

The portal has posted a video that sings of sitting MLA GS Bali’s glorious political background and revolution he brought to his constituency. The portal did not report a news, but showered overwhelming words of appreciation like a dedicated follower. The critical note is entirely missing.

The portal compared the minister with Lal Bahadur Shastri, former Prime Minister of India. It said Bali is the only leader who spends from his own pocket for his personal jobs like Mr. Shastri. His humbleness knows no bounds, said the video.

Entire video applauded the unmatched personality of the minister and enchanted his name.

The video tries to convince the audience that the Nagrota constituency has witnessed a revolution in healthcare and technical education and so on.

The people and the Election Commission of India are most eligible to decide whether it was a paid news or not?

Second list of 9 Congress candidates released, Stokes out, Vikramaditya in