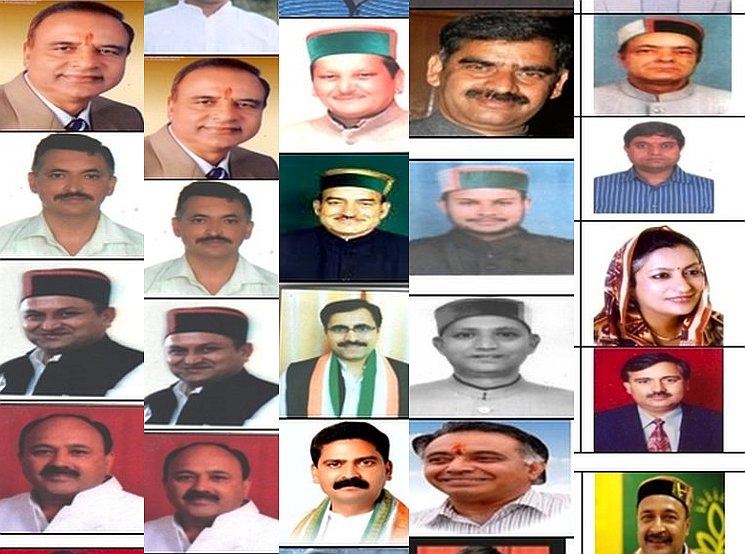 One of these leaders were given a government office despite losing last assembly elections from the Shimla-urban constituency, but he showed a disregard to the party high-command’s decision in return

Shimla: The Indian National Congress has released the final list of its candidates contesting elections to the Himachal Pradesh Legislative Assembly 2017 from all 68 constituencies.

The list contains details regarding the constituency and native place of every candidate along with their mobile numbers.

These candidates had filed their nomination as independent candidates after they were denied tickets by the party.

These rebels also ignored the senior party leaders who tried to convince them to step-back and campaign for the candidate selected by the high command.

After the withdrawal, the Congress had given these rebels a two-day deadline for making up their minds and quit the idea of fighting as independent candidates.

However, these rebels did not yield to the pressure, because of which they were eventually expelled from the party for next six years.

Though the Bhartiya Janata Party is also facing rebellion from four of their leaders, who were miffed over not getting tickets, Congress is facing more resistance.

On Monday, while addressing a meeting of District Congress Committee of Shimla-urban, Anand Sharma, the Member of Parliament and a senior Congress leader, mocked at these rebels. He pointed out that these leaders could not remain loyal to their party, hence, public should not trust them.

He said one of these leaders were given a government office despite losing last assembly elections from the Shimla-urban constituency, but he showed a disregard to the party high-command’s decision in return and filed his nomination as an independent candidate.

Complaint to EC against Modi, Nadda, Dhumal for violating Code of Conduct