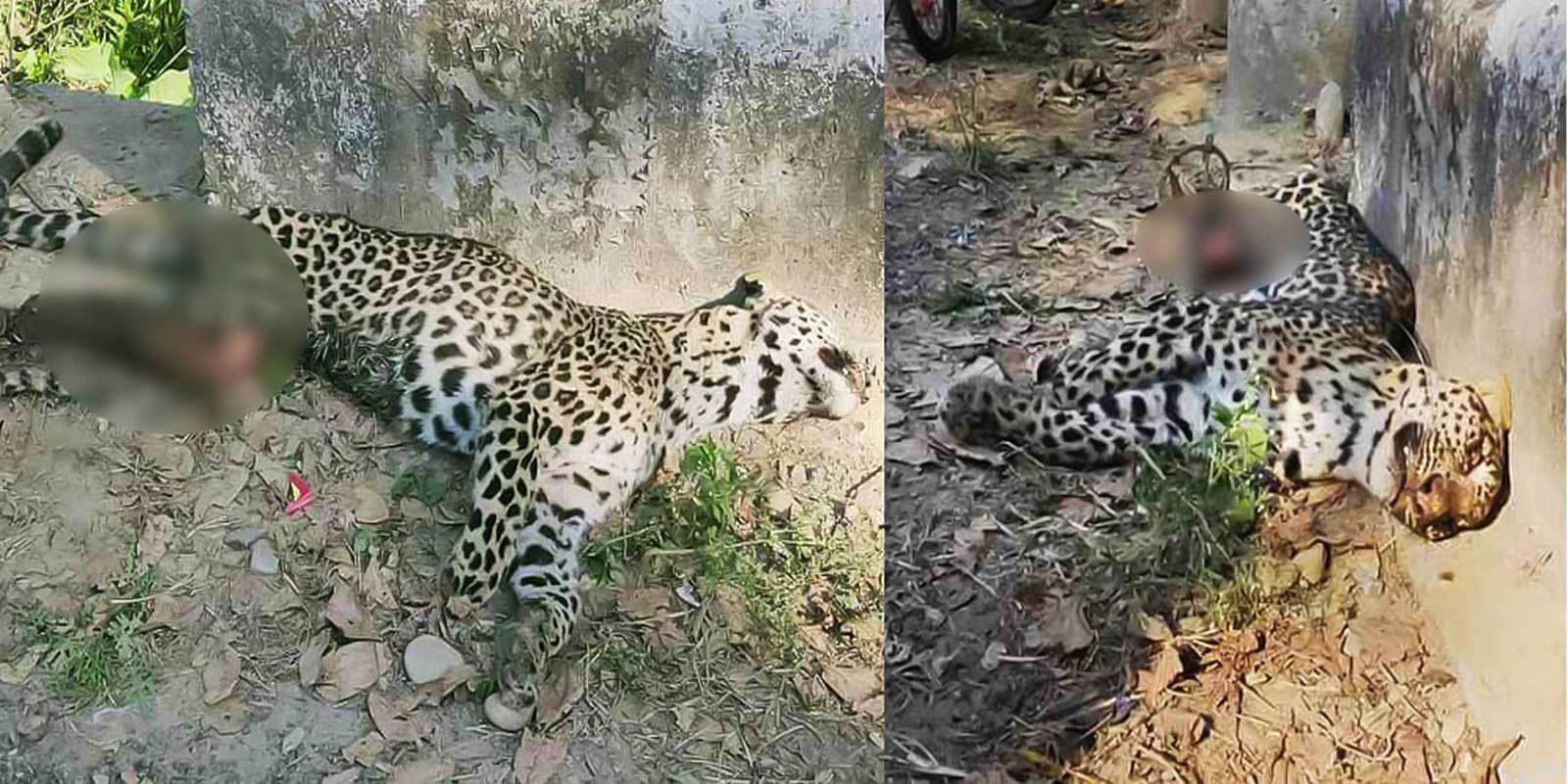 Shimla-The Wildlife Wing of the Forest Department of Himachal Pradesh Government has been failing to attend to one of its essential duties; protecting humans from animals and vice-versa. Two very recent cases are sufficient to support the fact that the government needs to wake up and attend to the rapidly rising man-animal conflict.

During the last three months, two children aged 5-6-year-old became prey to leopard attacks in the urban areas of Shimla district (in the periphery of Shimla city).

In the most recent case, a 5-year-old was taken away by a leopard from his front yard in the Downdale area of the city on the eve of Diwali. Surprisingly, most animals tend to remain away from the residential areas, especially in an urban setting on Diwali due to the burning of firecrackers.

Previously, a 6-year-old girl was preyed upon by a leopard. She was also taken away from right outside the make-shift cabins of migrant labourers in Kanlog. The forest department had assured that cages were set up to capture the leopard.

Now, the people suspect it could be the same leopard as the sites of these two attacks appear to be within the territory of a single leopard. Also, a leopard spotting was reported in nearby Phagali a couple of days ago.

If it is, then the animal would have to be declared a man-eater. That implies that either the department would have to capture it or take it down. The situation speaks of the twofold loss – the loss of human life and the life of an animal. The rise of this conflict would ultimately lead to the killing of animals in order to save human lives and ensure their safety. 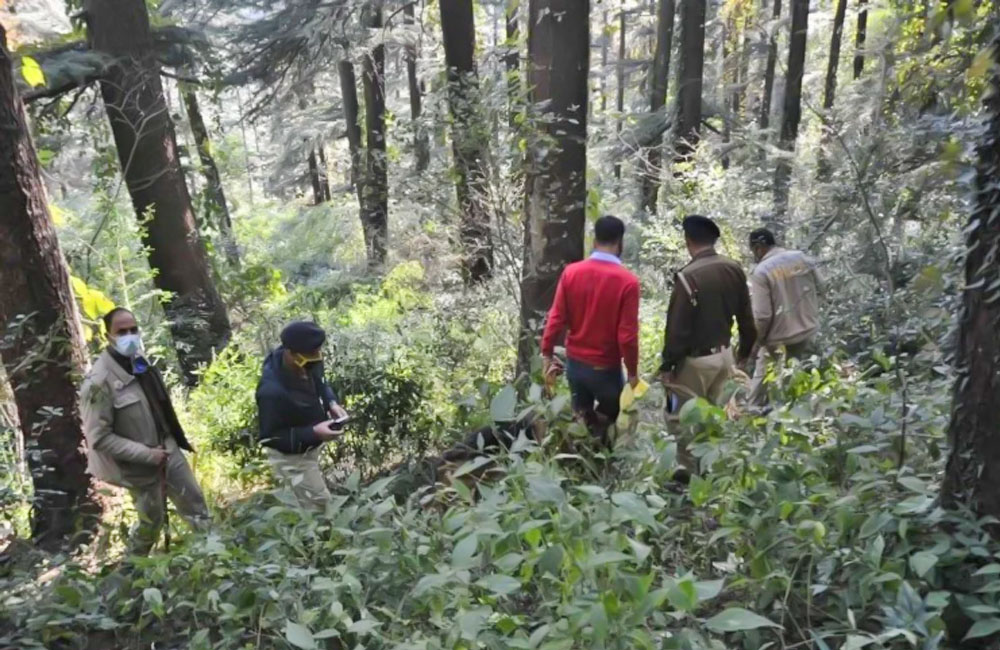 Search team during the search operation for the missing kid

However, the Wildlife Wing of the Forest Department didn’t show much concern after the first attack and worked on no concrete strategy to eliminate further encounters between humans and animals. Even after the second incident, which has created an uproar among the people against the alleged inactiveness of the department.

It was one side of the conflict, where two kids lost their life in leopard attacks leaving the parents in unimaginable pain.

In the second instance, a leopard died a cruel death because of the unscientific, as well as, illegal traps of various kinds laid for unlawful hunting, especially in rural areas. The animal’s rear legs were clutched between the jaws of a lethal trap, similar to a steel-jaw trap. The animal struggled and suffered for two days to get out of it and was found dead on the third day. This incident was reported from Thathal village, Amb, Una district.

Video Posted by A Local

Here, the locals alleged that the department was given information regarding an injured leopard after spotting it on a roadside on Saturday evening. A team of the forest department allegedly arrived at the spot without any preparation to catch and rescue the animal. As per locals, the team went away saying it would rescue it in the morning. However, the poor animal kept dragging itself with maimed and bleeding limbs for three days before some locals spotted its dead body. As per the locals, the dead animal was found just 50-100 meters away from the spot where it was first spotted on Saturday evening.

The forest department, however, says that it failed to capture the injured animal in three days, especially when it was in the same area. The department says it had begun the search and rescue operation on Saturday evening. But the locals alleged that the animal could have been saved if the department had acted swiftly. 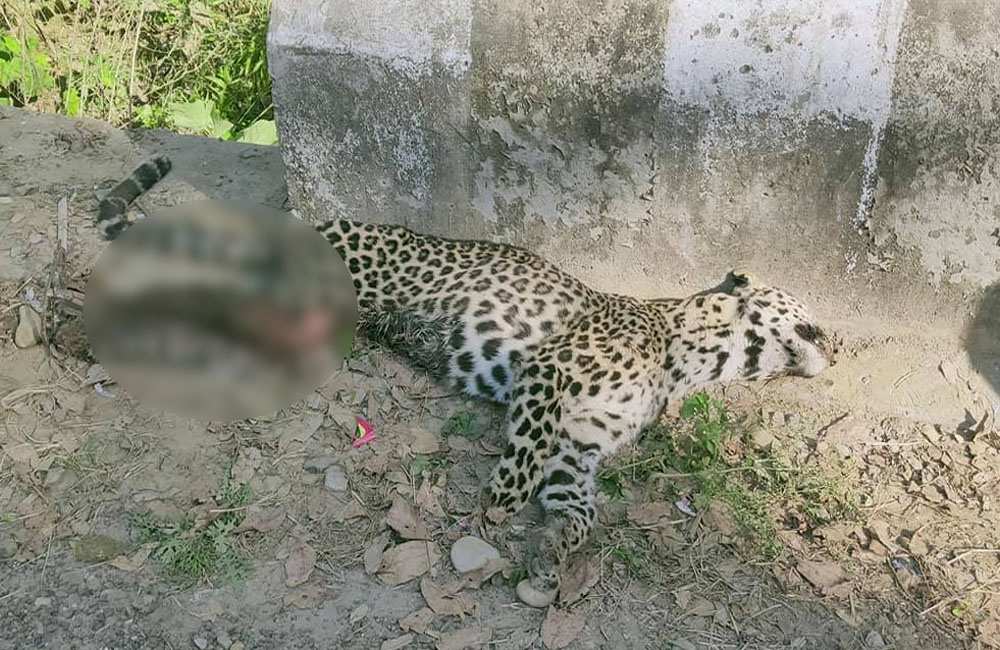 Here the forest department not only failed to ensure the timely rescue of the animal but also failed to curb the bloody trend of laying illegal, cruel traps by hunters and locals.

Moreover, this is not an isolated instance of animals dying or being injured by such lethal traps. In a separate incident, last Sunday, in the Shahtalai area of the Bilaspur district, a cow lost its jaw after swallowing an explosive while grazing. The cow was left in pain with its mouth torn to pieces. 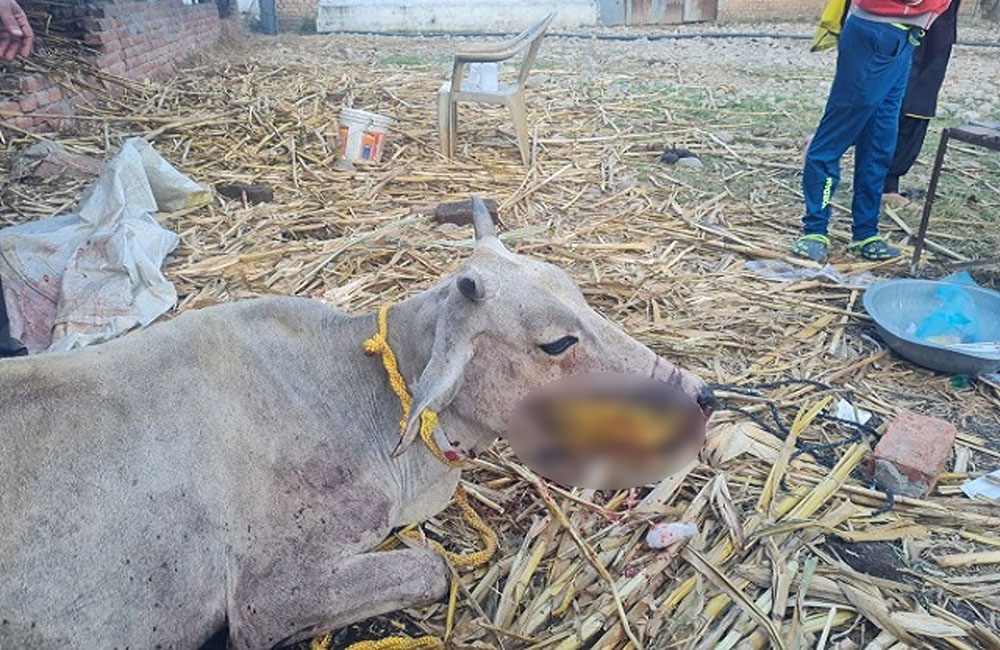 Here the animal fell victim to a type of trap made of explosives for illegal hunting. The department is well aware that the laying of such traps for illegal hunting by locals and poachers is common in some areas. However, it doesn’t seem to be willing to curb this evil practice where animals are exposed to killing with excruciating suffering.

Also Read: Another leopard killed as gruesome poacher trap slits its throat, 3rd killings in Himachal in one month

Unfortunately, the forest department of the state government doesn’t enjoy a good reputation when it comes to allegations of corruption. It remains in controversies, the biggest of which was the Hoshiyar Singh case wherein a forest guard was found dead in a forest under mysterious circumstances. The case wasn’t investigated properly by the police and was then handed over to the CID but to no avail.

The Department should better prepare a plan and execute it to reduce man-animal conflict. In Shimla, the people demand that areas adjoining the forests should be fenced to prohibit entry of wild animals into residential areas, to provide sufficient street lighting, and swiftness in capturing animals when repeatedly seen in proximity to residential areas.