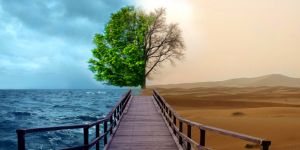 Himachal aims for sustainable and climate resilient State by mobilizing panchayats and communities for convergence with the government schemes for environment protection and carbon neutrality.

Shri Sudripta Roy, Chief Secretary while presiding over the 2nd State Level Steering Committee meeting of Community led Assessment, Awareness, Advocacy and Action Programme (CLAP) for Environment Protection and Carbon Neutrality in Himachal Pradesh, here today, said that it would help in developing the State in a sustainable and climate resilient State by mobilizing panchayats and community for convergence with the government schemes for environment protection and carbon neutrality.

Shri Roy said that CLAP was a unique initiative which aims to help the grassroots stakeholders understand the phenomenon of climate change and its impacts on their lives and empower them to respond through community level adaptation and mitigation measures. He said that the thematic areas of the programme includes air, water, solid waste, biodiversity, climate change and sustainable living, as they have a direct impact not only on the environment but also on the lives of the people.

Chief Secretary said that the CLAP was proposed to be implemented in both rural and urban areas of all the 12 Districts of the State through implementing agencies comprising of Civil Society Organizations and Institutions and linking the grassroots through a vast network of eco-clubs, Mahila and Yuva Mandals, NGOs, Panchayats and Urban local Bodies etc.. He said that ‘Development Alternatives’ had been engaged as the Programme Management Agency for the management and implementation of the programme under the guidance of Environment, Science and Technology Department. Network mobilization would be carried in 76 Blocks and three implementation areas. He said that the target had been set up to implement this programme in 1070 Panchayats and 57 Urban Local Bodies (ULBs) wherein 1800 Mahila Mandals, 300 Yuvak Mandals and 3000 Eco-Clubs would be engaged. He directed all the line departments to support the programme so that the vision to develop Himachal Pradesh as the first climate resilient State could be achieved.

Shri Nagin Nanda, Secretary, Environment, Science and Technology welcomed the Chief Secretary and others and detailed out the activities being implanted under the CLAP. He informed that Environment Assessment Exercise had been done in 493 Panchayats under this programme upto November this year, while 177 Panchayats had been covered for Awareness Advocacy Exercise. He said that Panchayat Assessment Report had been prepared for 338 Panchayats, besides 400 hoardings carrying messages on thematic advocacy were issued in 200 Panchayats of the State. Senior Officers of the various departments were also present in the meeting.