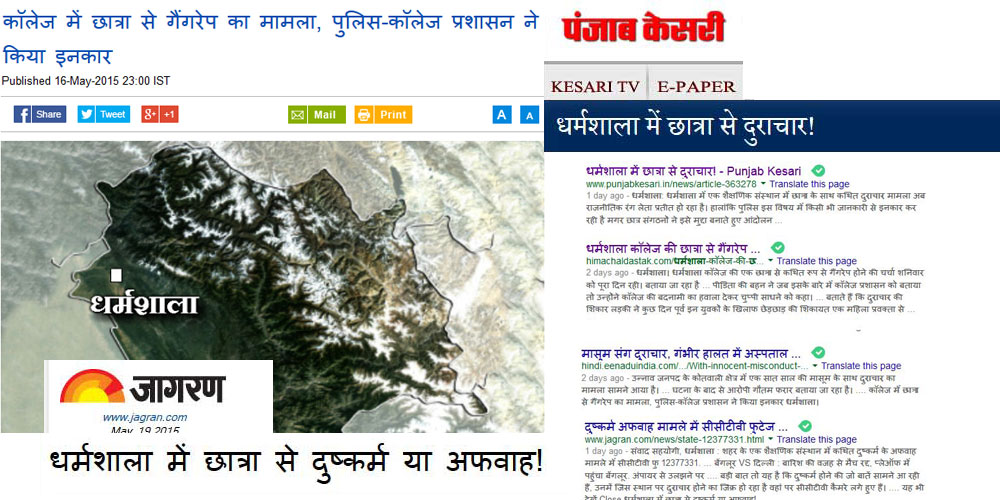 DHARMSHALA- A lot of readers messaging us to inquire regarding a news of alleged brutal gang-rape in Degree College Dharmashala. These readers also told us that media isn’t covering it because the culprits belongs to a high profile family. The police is also being alleged of neglecting the case under the influence of family reputation.

The police and college authorities have denied any such incident in the college premises. However, according to a report in Punjab Kesari, the principal did accept that a girl had approached him on last Saturday with a complaint of sexual harassment and rape with her younger sister. The principal claims that when he asked her for a written complaint, the girl did not provide it and left the office. From past two days, the rumors have picked up pace and circulated to other parts of Himachal as well. There is hardly any mainstream media or a credible source that have confirmed this alleged case of gang-rape.

The allegations and reports also claimed that the victim and the complainer have disappeared after they tried to lodge the complaint.

Meanwhile, the ABVP leaders alleged that the college authorities were trying to hush up the matter and trying to save the accused who belonged to influential families. Furious students raised slogans against the authorities and demanded to show the footage of close circuit television cameras (CCTV) installed at various points on the college campus.

Further HT reported that in between, two more girls came out claiming that the complainant had also met them and narrated about the incident that had happened with her sister. The girls said:

She met us and told that five youths had threatened her of dire consequences if she reported the matter to the college authorities or the police. She was also having the photograph of a youth whom she alleged was one of the accused and was student of the college,” the girls said, requesting anonymity. She also told us that the victim was in serious condition and was admitted to a local hospital,” said the girls, adding that the victim belonged to Chamba district and was living in a rented room near Dharamsala town.

Principal of Dharamsala Government College RP Chopra today lodged a complaint of molestation of a student with the district police.In his complaint to the police, the principal maintained that the sister of a student of the college came to her and reported that her sister had been molested and the police should inquire into the incident.Interestingly, the principal, who admitted that he had heard rumours of gang rape, had been maintaining for the past three days that no such incident had happened.The principal had to change his stand today after college students gheraoed him in his office. Girl students demanded an inquiry into the matter and alleged that efforts were being made to hush up the matter.

Dainik Bhasker in its report said that ABVP staged a protest on Monday following the incident and in a GHERAW of college principal RP Chopra the students expressed their distress for not taking any action despite complaint lodged by the elder sister of the victim. It further said that the protesting students were so angry that they could have manhandled the principal if security personals had not been there to prevent it. 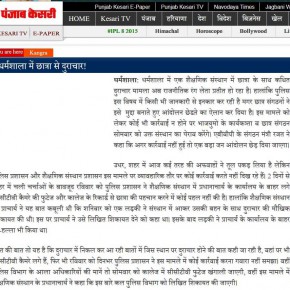 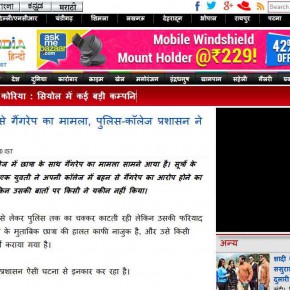 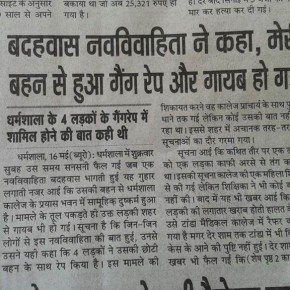 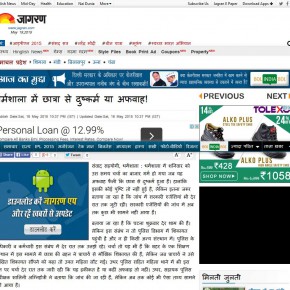 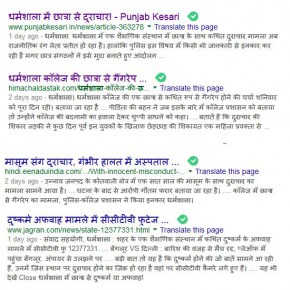 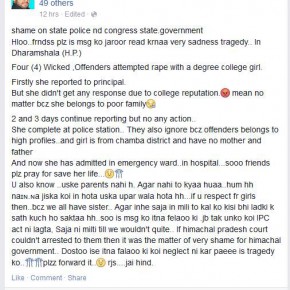 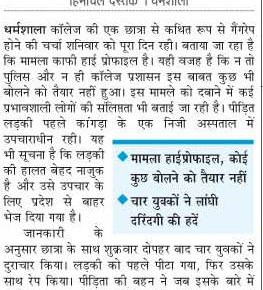 Another news update claimed it to be a case of brutal gang-rape similar to Nirbhaya case in Delhi. It also claimed that the victim is in critical condition and is admitted in a emergency ward of a private hospital.

, police sources said, adding that they were waiting for the victim to regain consciousness to record her statement.

Journalist Ajay Banyal’s FB status also supported these allegations. He scolded the police and authorities for their inefficiency in lodging a complaint against the offenders who belongs to a high profile family. Here is a screenshot of his status message: The police department and college authorities seem to have noticed the growing gossips regarding these serious allegation. According to Jagran, the part of the college premises where the alleged incident took place is under CCTV surveillance. The college authorities have ensured that they will search for evidences in CCTV recordings of the day.

Aam Admi Party and students have warned the authorities of aggressive protest if no action is taken against the complaint.

However, no one seems to be sure enough to comment anything regarding it. However, we can’t neglect the issue even if it’s a rumor. If the allegations are true, then it’ll be a shocker for a state like Himachal.