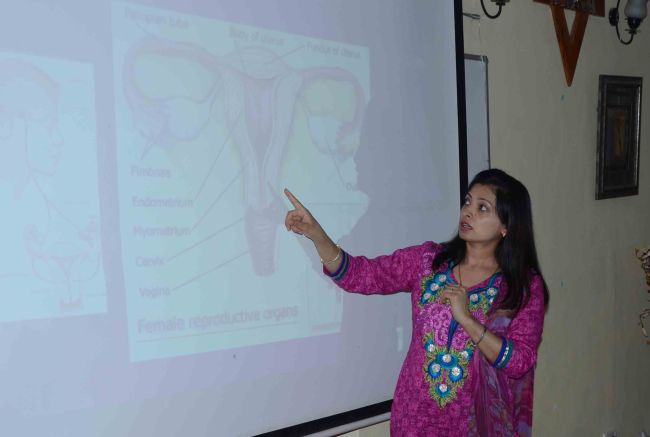 SHIMLA- Prof. Meenakshi Faith Paul, President of YWCA Shimla, inaugurated the workshop for blind and deaf girls on “Menstrual Hygiene and Reproductive Health” organised by Umang Foundation, a public welfare trust, with the support of YMCA in Shimla.

Speaking on the importance of menstrual hygiene, Prof. Meenakshi Faith Paul, said that menstruation is a matter of pride for girls and women, not the shame. It should be treated as a natural process of body and one should always keep her body parts clean to avoid disease.

She further added that only enlightened youth can make a livable planet where men and women enjoy equal rights. She said the discrimination based on gender is very common in our country and issues like menstruation are treated as taboo.

“You become a torch bearer and discuss the issue of menstruation openly,”

About 30 girls with blindness and deafness from local Portmore School and RKMV College and 30 girl students from H.P. University and colleges also participated in the programme. 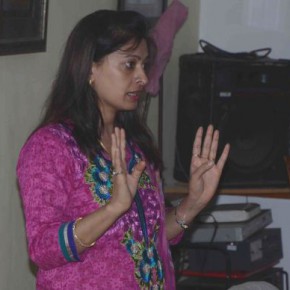 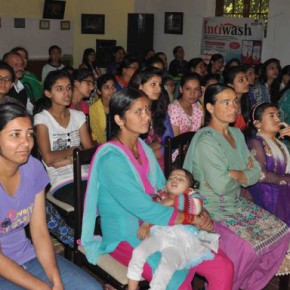 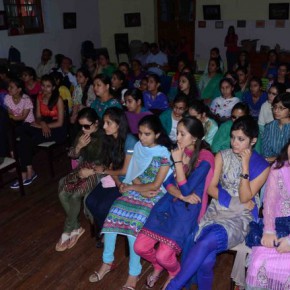 Dr. Shama Lohumi, a known nursing expert, chaired the inaugural function. She shared her own experiences with the audience and said the myths about menstruation must be removed from the mindset and scientific view point be propagated.

Ajai Srivastava, chairman of Umang Foundation, claimed that the workshop is a first of its kind in northern India. It was conducted by Dr. Alok Sharma and Dr. Yogita, Gynecologists from Kamla Nehrau Hospital and DDU Hospital, respectively. Naresh Scott, general secretary of YMCA was the guest of honour.

Dr. Alok Sharma and Dr. Yogita conducted technical sessions and addressed the queries of the girls. They were of the opinion that problems related to menstruation should be reported to the doctors and high level of cleanliness of intimate parts should be maintained.

Umang Foundation has been working hard for the welfare and rights of deaf and blind students, destitute women, homeless and poverty stricken people in Himachal. It’ chairman thanked the guests and resource person for their time, and said that Umang Foundation strives to bring a positive change in the society by involving students and youth. The foundation will strengthen its humble efforts to empower the weaker sections of the society.

St. Bede’s observes Hindi Divas with a pledge to promote language and its cultural heritage