SHIMLA- Department of Language Art and Culture had been organizing winter hobby classes from past one month that is from Dec 15, 2015 onwards and students of theater workshop staged their production at the historic Gaiety Theater, Shimla.

Based on the fairytale Cinderella whose original story was of a girl who got ill treated by her stepmother and sisters and in end gets married to a prince. This play also tried to project the same but unfortunately the fairyland magic was missing. The dearth creativity on part execution of the story was visible and there was no use of music that could have made little ones little more comfortable on the stage. 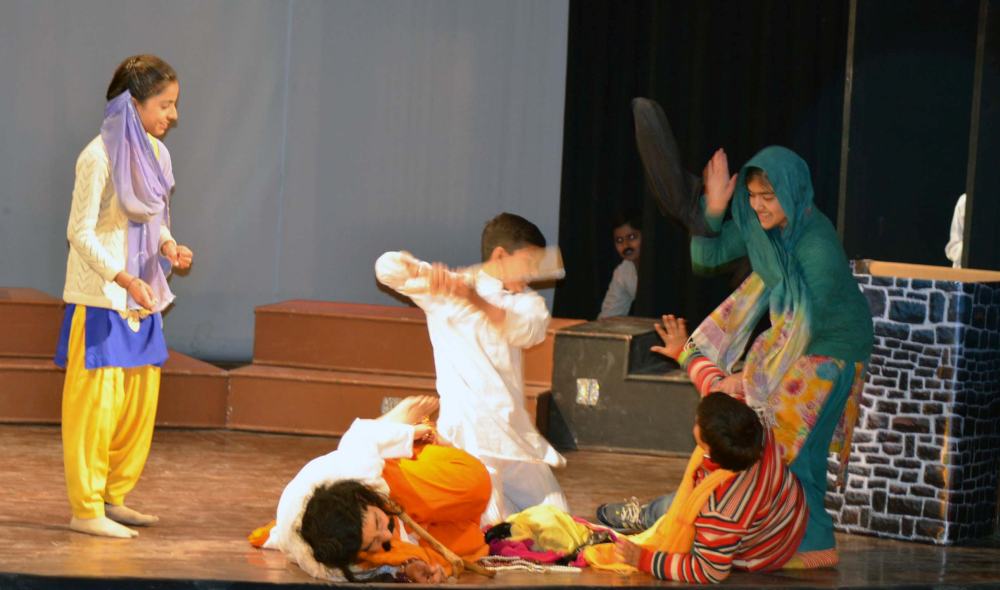 Other fairytale that was attempted by the director was Snow White – a German fairy tale known across much of Europe and is today one of the most famous fairy tales worldwide. The fairy tale features such elements as the magic mirror, the poisoned apple, the glass coffin, matricide and filicide many of which were missing in execution.

Envious queen tries various attempts to kill Snow white including disguising as an old peddler, a comb seller and finally as a farmer’s wife who offers her poisonous apple. Here in execution only single attempt made without any element of envy, horror or another to name that can actually make the spectators connect and get transported to the Fairland as one is when they read a book. Story concluded with Snow White waking up and no moral message was passed as in original story where the evil mother meets a tragic end. 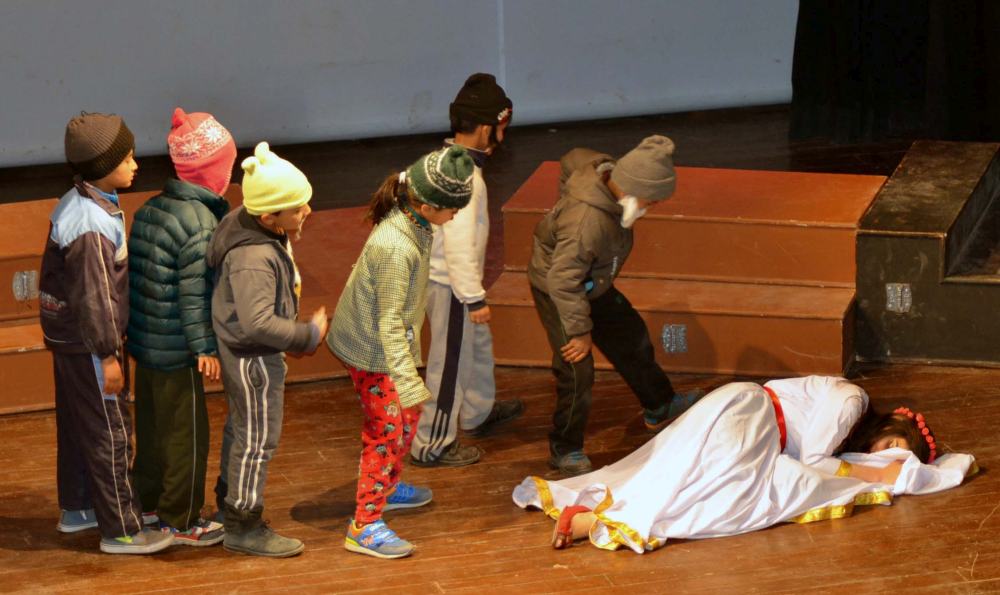 Another attempt was based on a short story – The lottery by Anton Chekov. It is a story about a man whose wife believes she has won the lottery after her husband, Ivan Dmitritch, reads her the series, which is correct, but not the number, which is incorrect. After Ivan reads her the series, she becomes ecstatic and can’t believe that she just won the lottery. Ivan tells her not to worry about the number, which is incorrect. Ivan and his wife begin to daydream and fantasize about the life they will have once they win the lottery money.

The director played way too much with the original story and while giving her personal touch. The poor family all of sudden had a servant to serve and other than that not even a single dialogue was audible. 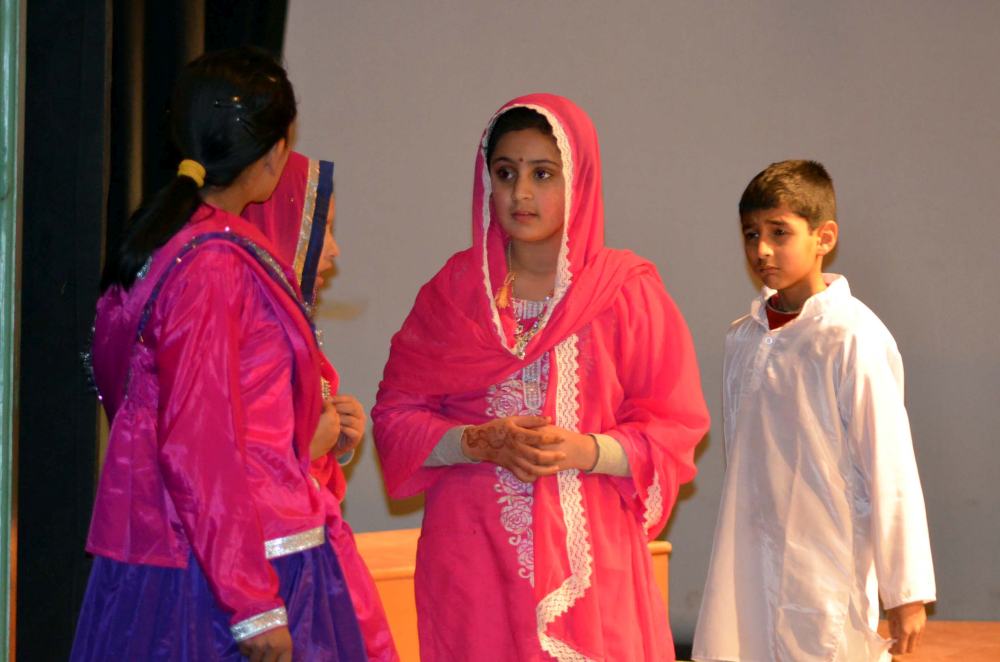 Chari based on the famous folklore in Himachal depicts story of a royal family who sacrifice their daughter in law’s life at alter of their Kul devi for rain. Here the essence of the story was totally lost. The story was portrayed too flat and one who was not versed with the story could not make out head or tail from the presentation.

Being such a sensitive tale spectators could not empathies with the woman and children didn’t even delivered any speech that could reflect the grimness associated with main character.

Thagi which can be called the best production of the day showed how people are robbed and fooled by babas. It was a satire on the current situation prevailing in the society and here for a change students were seen playing their characters in a playful manner. 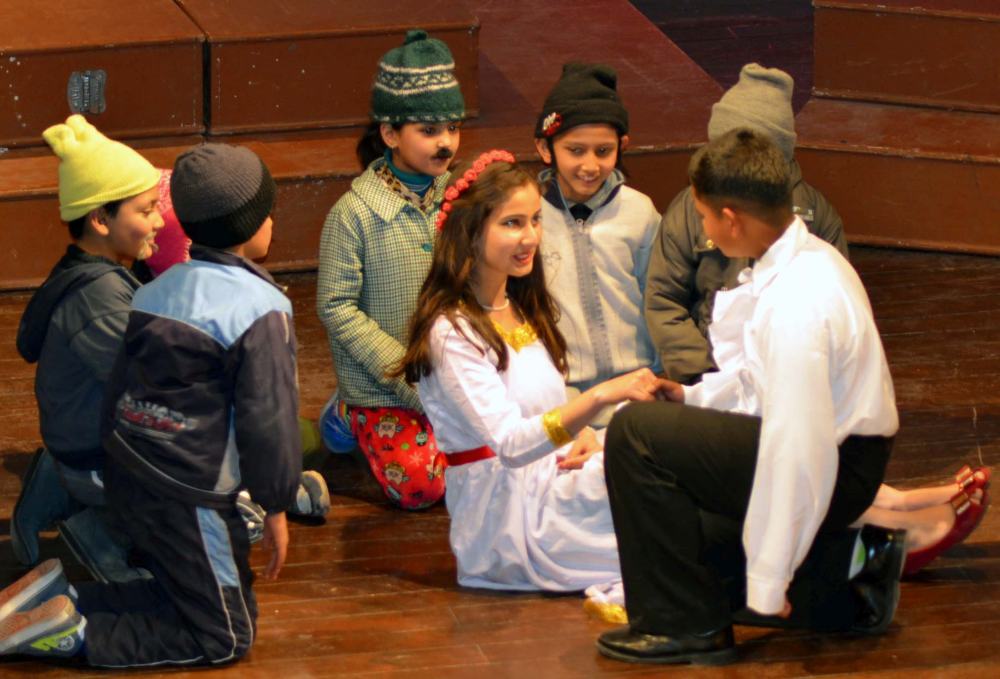 Throughout the staging of plays actors did not face the audiences. Most of the dialogues were hit against the backdrop of stage. the lack of creativity on part of director was visible as not even a single show had music which could have easily justified the situation and help not only students but spectators as well to create feeling of empathy, compassion or any other emotion to name. 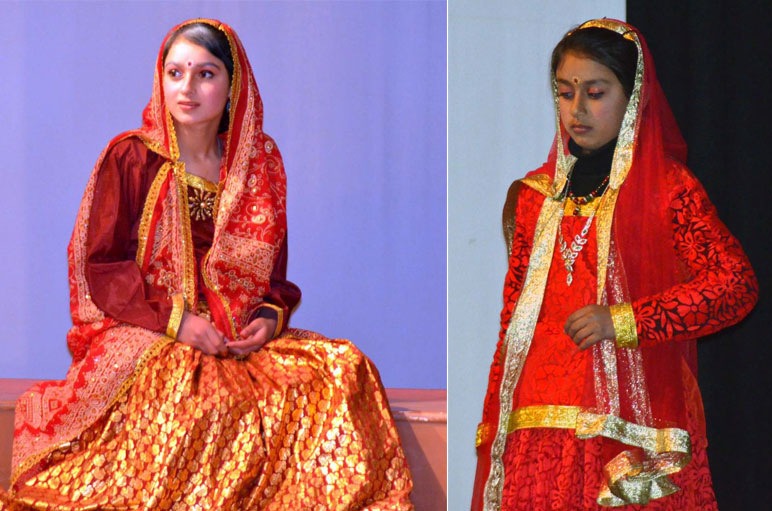