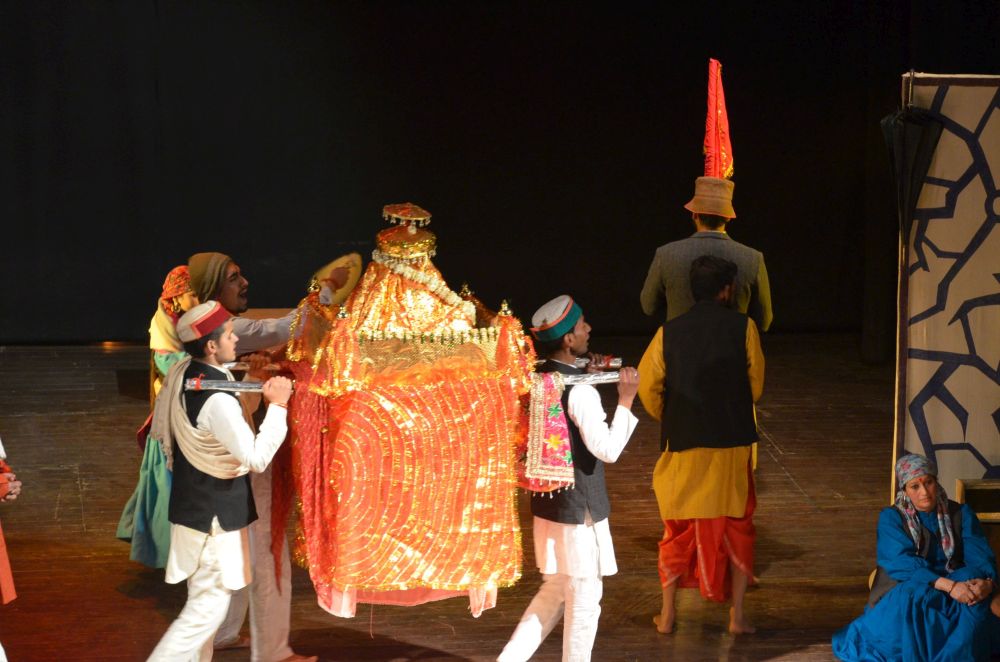 SHIMLA- Very Recently, walls of Gaiety Theater in Shimla witnessed a remarkable stage performance during staging of Heesan – a play based on the story of Dr. Devkanya Thakur by the members of Rangpriya.

As the play began, a woman, between the age of 30 to 40, is seen contemplating her past life and how excited she was to become part of a local fair where her mother performed in front of Shivamaharaj palki. She was all mesmerized and star-struck by the beauty of her mother who is respected by all members may that be priest, rich merchant or any other to name. As a child she always considered herself to be daughter of Shivjimaraj and was always happy to learn all dance forms from her mother. 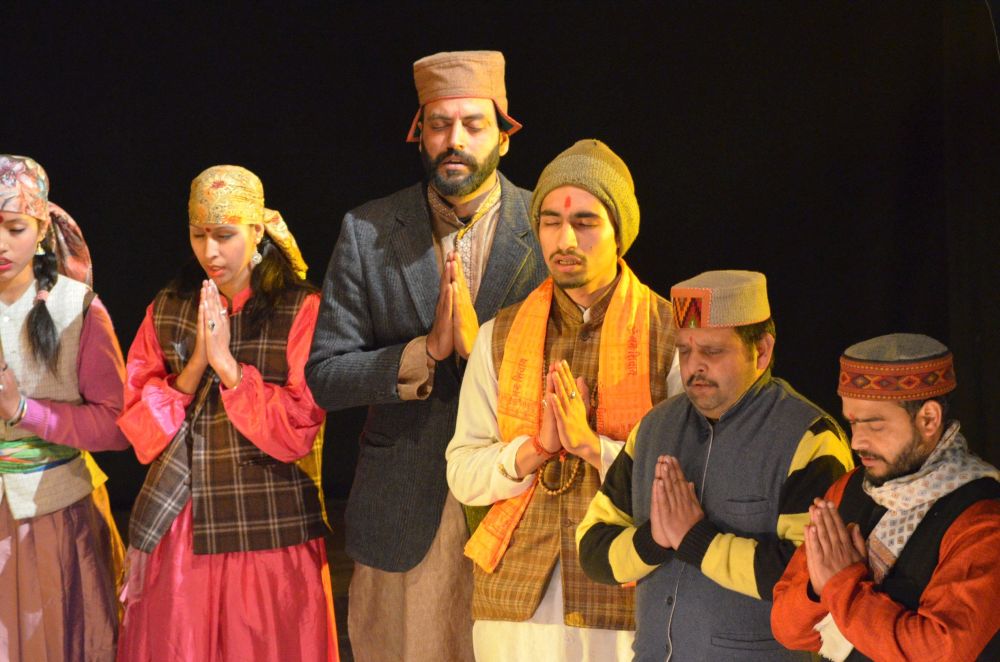 Time passed and she replaced her mother and unaware about the reality of “Heesan” her joy knew no bound. But her dreams were dashed to ground within hours as she was taken away by one of the members and physically assaulted. Thus began her journey as true “Heesan” – who is said to have been married to Lord Shiva and in name of her service is forced to serve male members of committee. 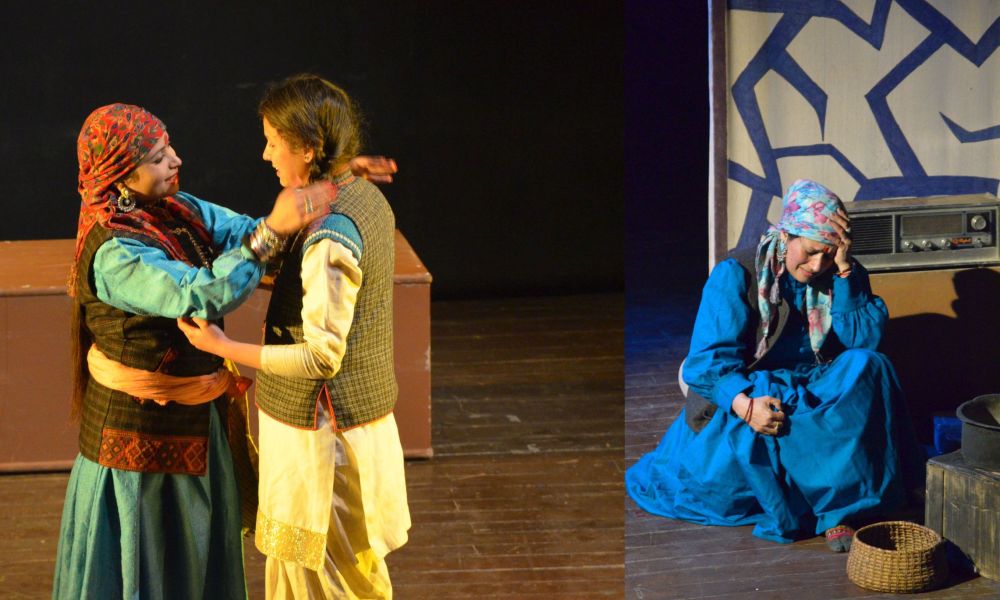 She gets pregnant by one of the members who passes her over to other member. Just like a football in field that gets kicked and used by all but owned by none. She decided to educate her daughter and on this fruitful day she awaited her daughter’s examination result, who stands first.

Seeing her photograph in paper again the members of committee visit her house and say that it was time for her to pass on the legacy of Heesan to her daughter which she refuses and pleads her biological father to save her. All forcefully take her daughter away and convert her into Heesan. 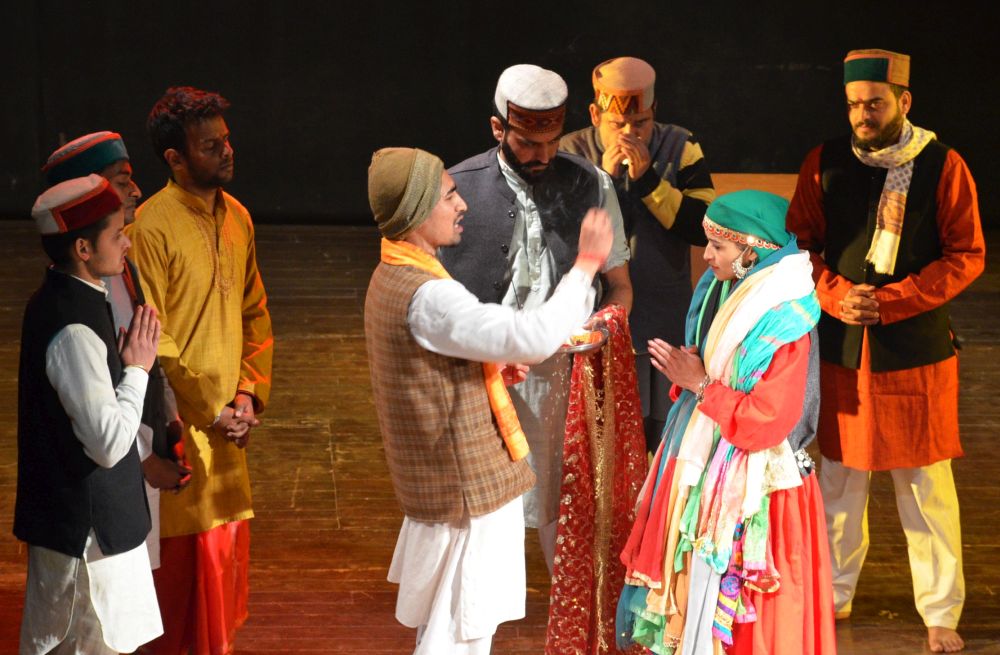 She is sitting lamenting over her fate when her daughter enters house with her father who finally stood up and took responsibility of her daughter and dismissed the fact that child is born out of union of Shiva and Heesan. Between the fight among phallus and spine, the spine won and restored everyone’s faith in Shivjimaharaj who is a great protector.

The play carried out very intense and heart wrenching scenes with perfect esthetic veil. The agony of a girl during her journey of becoming Heesan to a mother was conveyed without a miss. Her exploitation by all men was depicted with full intensity and beautifully that audiences could feel her pain as if that of their own.

Situation of father’s to be or not to be was beautifully expressed and till end it didn’t not seem that he had a spine to save his girl from falling prey to the evil practice of exploiting a woman by all in name of being Shiv Maraj’s servant (Shiv Dasi).

The play did complete justice to the story as it made audiences sympathies and empathies with the protagonist. It forced all to contemplate on the practices that exist in our society in the name of customs and rituals. If everyone decide and stand up against the wrong traditions where poor are exploited then time is not far earth itself will become paradise.

However, if considering the makeup then yes there one saw a miss as it was story of numerous years and during all the while only protagonist age showed difference and no other member of committee. They all didn’t even had a single grey hair nor any other physical change that is the gift of time to every individual.

ISPAT band’s ‘Bulbule’ music video a hit with over 35,000 views within 24 hours of release