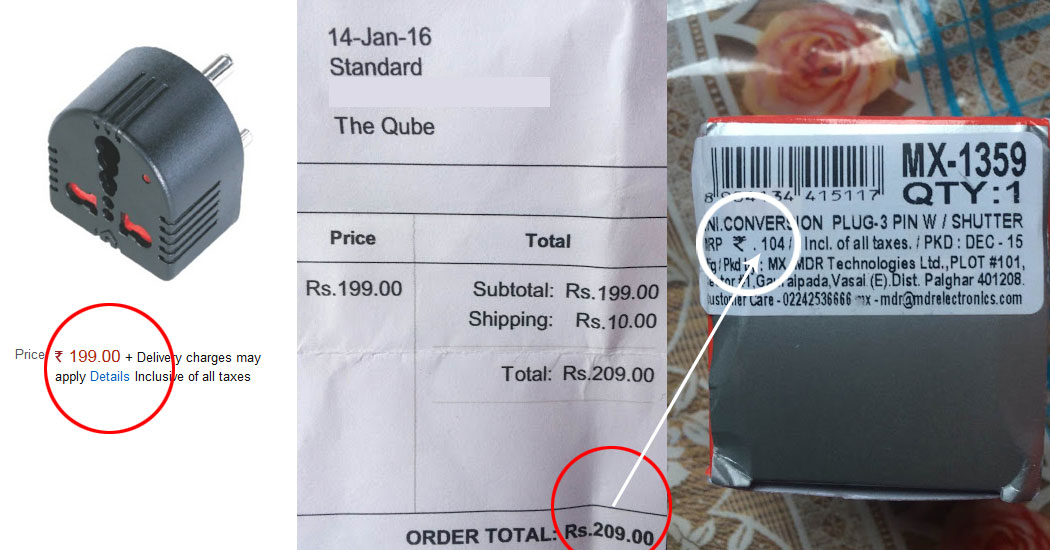 SHIMLA- Online shopping trend is sweeping almost every part of India and Shimla is not untouched. It is considered that online seller and stores offer more variety with cheaper rates for a product that is otherwise also available in your local market.

I had read about how online shopping sites deceive consumers by increasing printed MRP of products by five times, but it was confirmed when I ordered something from an online shop. If Amazon could do so, then there is no telling what smaller sellers do with original, printed MRP. 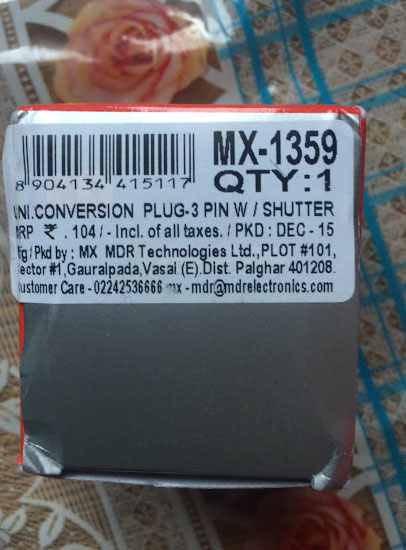 I had ordered a MX Conversion Plug Converter available on the Amazon.com for Rs. 199 + Rs. 10 shipping charges. It cost me 210 bucks in total. Unfortunately, the seller had forgotten to remove the sticker with original MRP, which was Rs. 104.

Amazon sold me this product over twice the original MRP. I was really disappointed, not for loss of Rs. 100, but for being cheated by such popular e-commerce platform. It’s not the first time that such issues have surfaced. Earlier, another popular e-commerce site had made headlines for increasing MRP of a product as much as by five times. 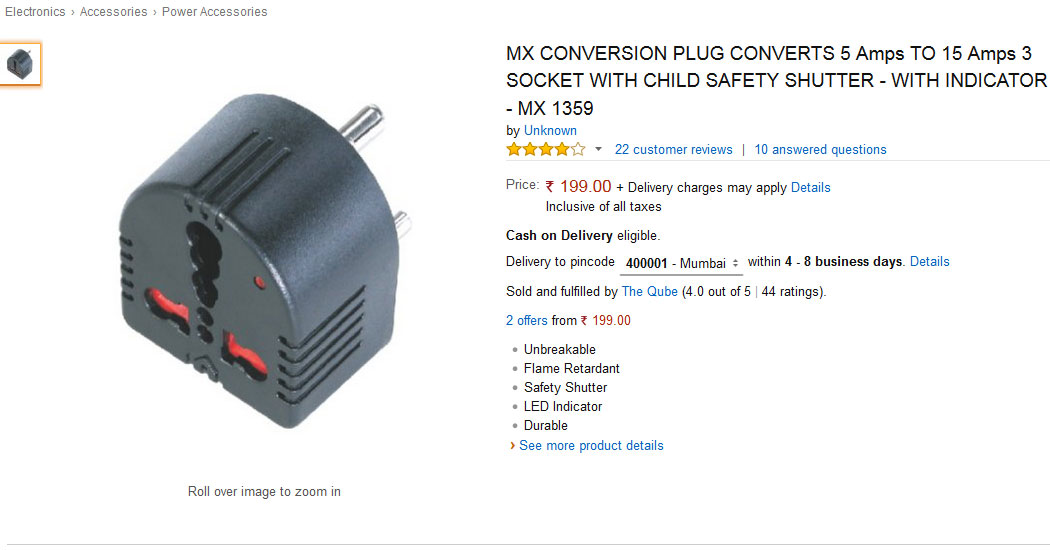 I would prefer to shop from my local market instead of blindly falling for such deceiving online shopping stores.

Xiaomi customer support and service at its worst 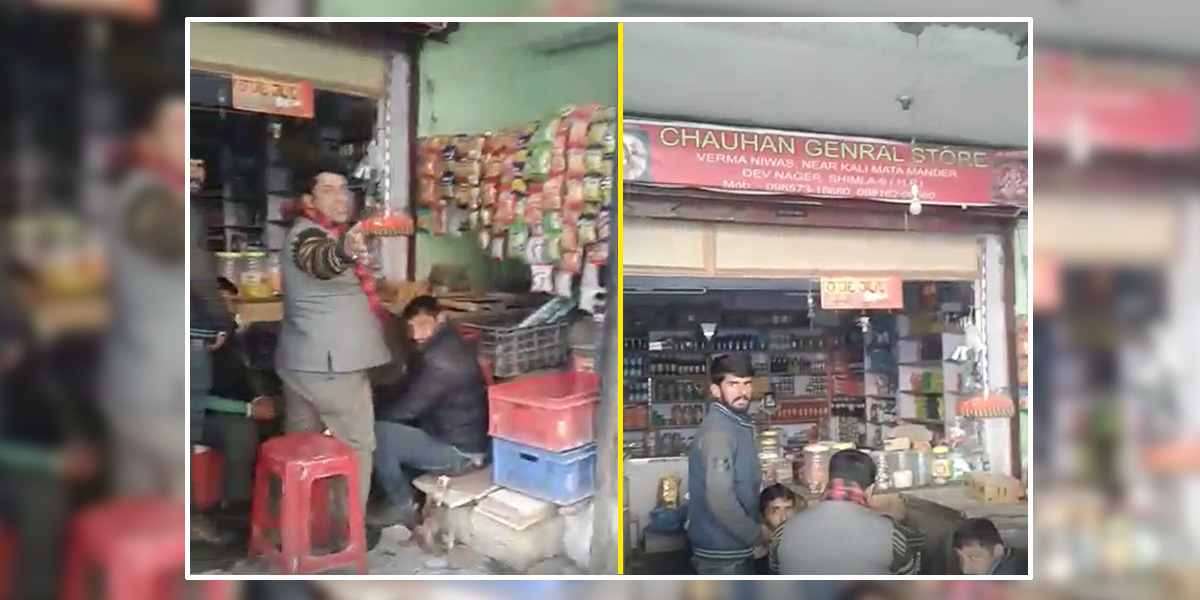 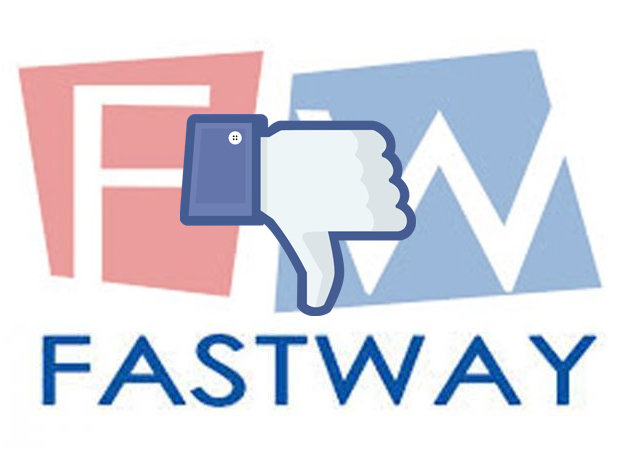 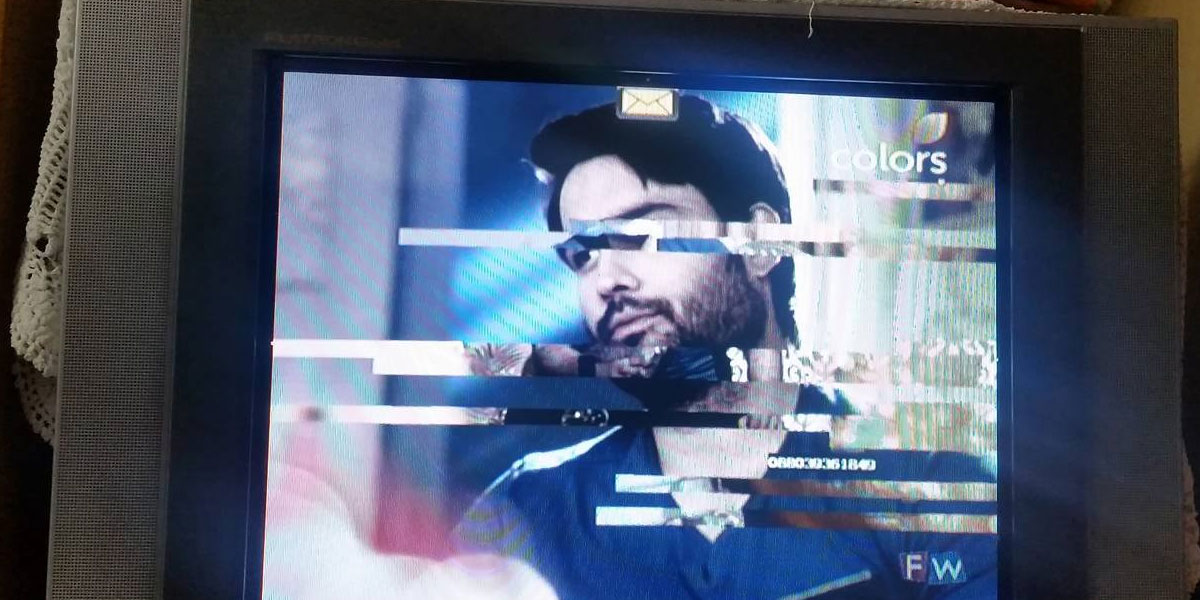 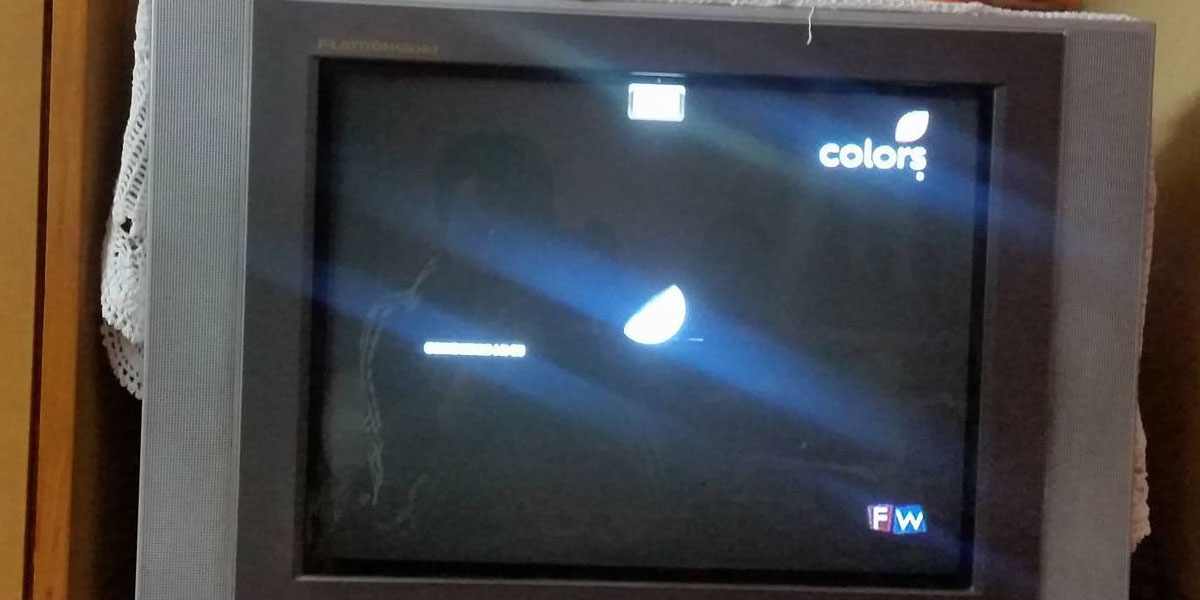 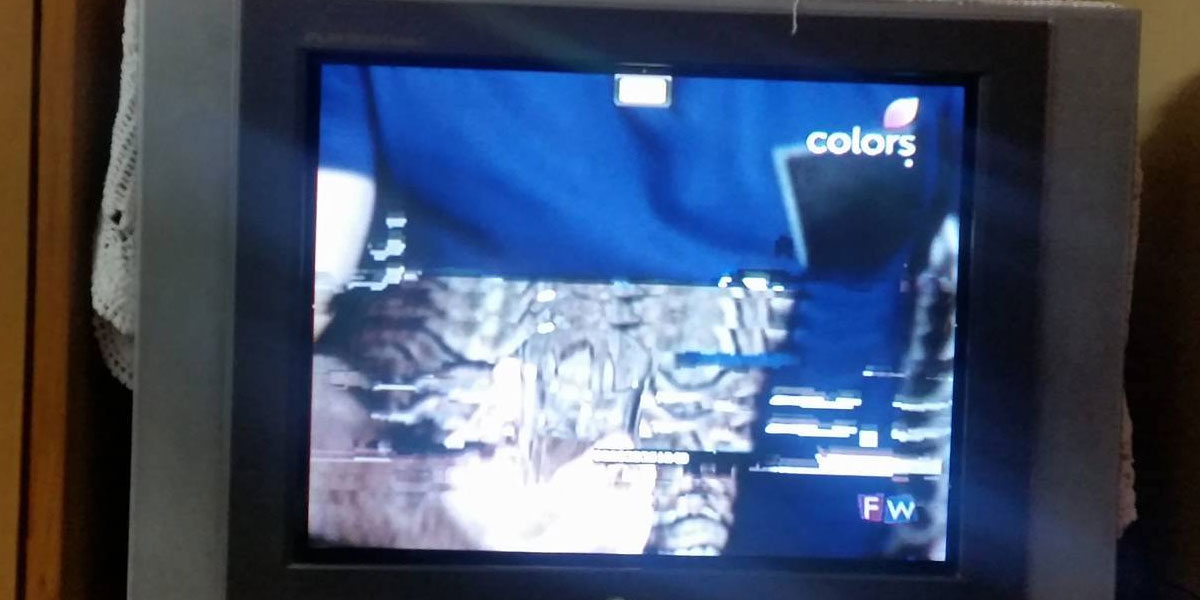