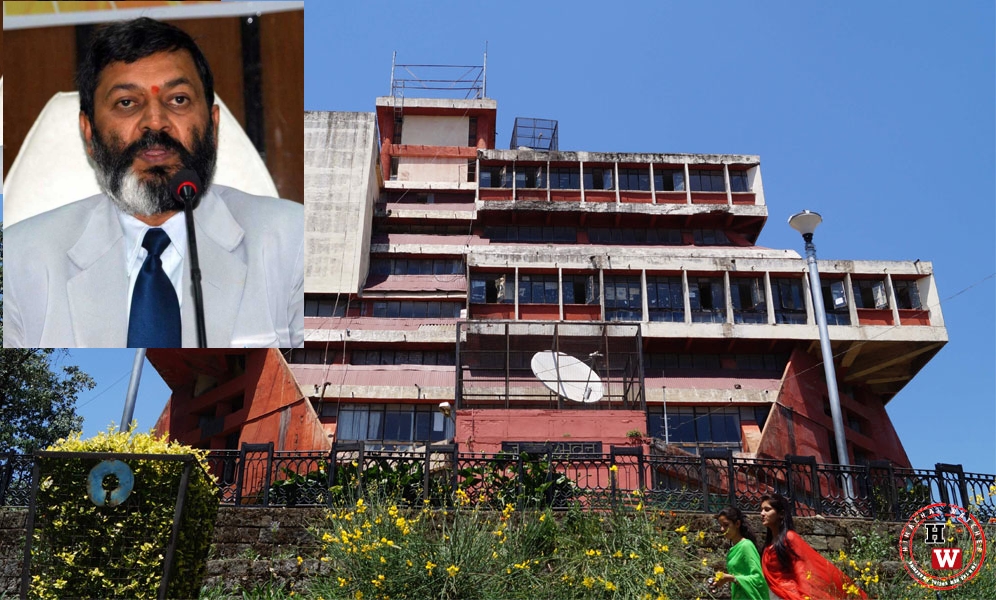 SHIMLA- Prof ADN Bajpai, who completed five controversial years as vice-chancellor, Himachal Pradesh University (HPU) on May 24, ruled out the restoration of direct elections to the Students Central Association (SCA) and roll back of RUSA and fee hike and said the agitation by students was politically motivated.

Despite decaying academic and campus standards, he expressed his satisfaction about his five-year tenure, and even listed his  achievements. He claimed Rashtriya Uchchatar Shiksha Abhiyan (RUSA), which not only caused trouble to the students but also to the staff, as his achievement and said that HPU was the first university in the country to implement RUSA. Truth is that last five years are, perhaps, the worst period in the history of HP University. The VC implemented RUSA to please his political masters without putting infrastructure and the staff in place. Also, HPU was also the only university to adopt RUSA without considering its feasibility.

He introduced new courses without proper training or deployment of the teachers. 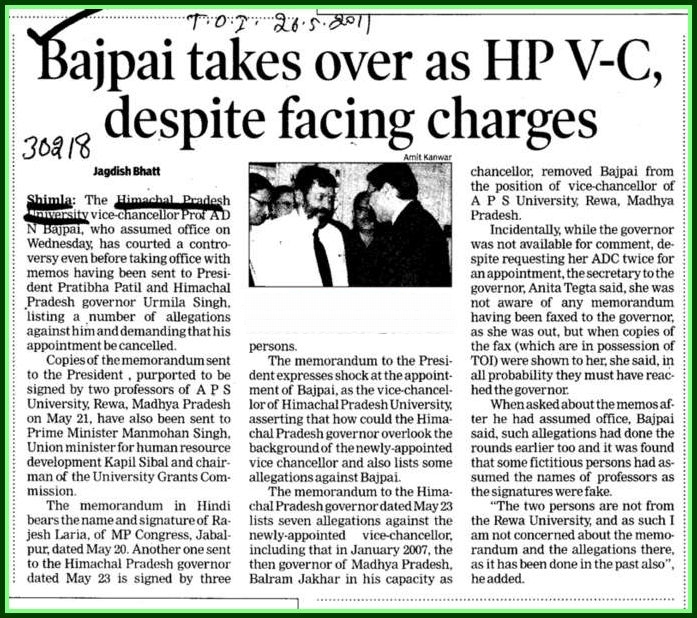 Also Read:  No place for HP University in 2016 HRD ranking list of top 100 Universities of India

His policies only brought overburden to staff in university and colleges as he messed up the education system by implementing the RUSA in haste.  Massive fee-hikes were made to extract more money from parents when faced with financial crisis, like a private institution usually does. The university recovered about Rs. 4 crore of its financial loss in just one year and all of it was extracted from the pockets of parents of the students, which is completely undemocratic. The students were not responsible for the university’s financial crisis, the administration was. University failed to mobilize its income generating resources and instead went for unjustified fee-hikes. When students protested against it, instead of attending to them, the VC left no stone unturned to crush the protest.

He said the ban on direct, democratic elections to SCA had helped in improving academic atmosphere in the university. The reality is that corruption was crawling into administrative department more swiftly than ever, and the only protest and resistance it faced was from directly selected official student body. Unfortunately, clashes between student organizations gave the administration opportunity to put a ban on student body elections. 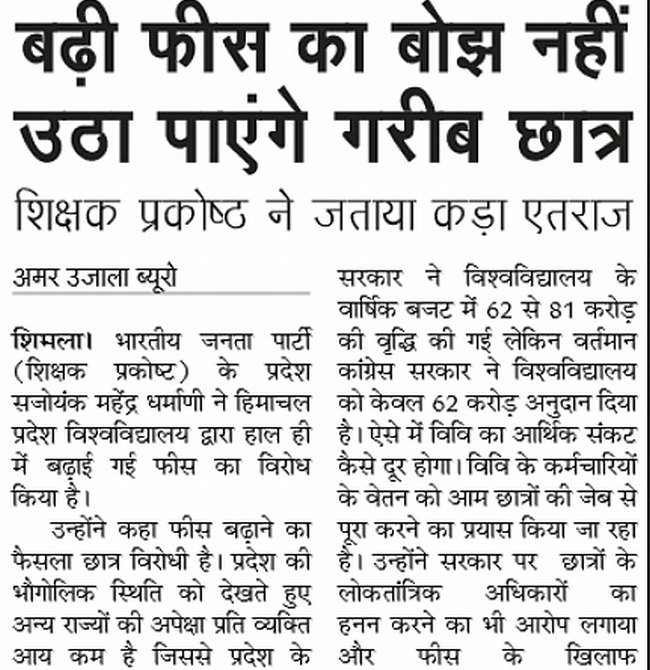 According to him students are now more inclined towards studies. About shortage of staff and vaccant faculty posts, he said the process of the recruitment of teachers and non-teaching employees was underway. 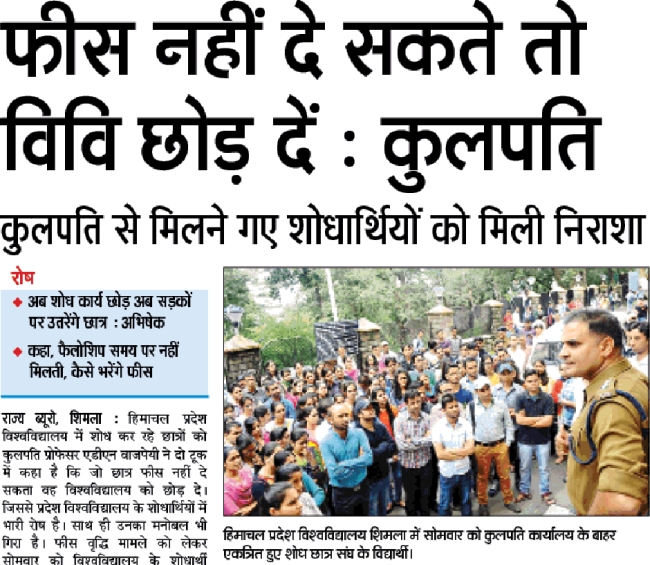 Replying to a question on the areas where achievements of universities have been below the target, the VC  expressed his satisfaction.

About another campus of the university planned to come up near Ghanahatti,  he said the construction has not yet started.

The VC claimed that the university faced some problems related to examination results under the newly implemented RUSA system, which had been resolved, and results of exams were being declared on time.

He further said, a high-powered committee had been constituted to look into the problems faced by students. However, he didn’t mention why he is unlawfully concealing the report of high-power committee on student fee hike for past two years.

When asked about student unrest, long list of genuine demands, and ongoing chain hunger strike that is about to complete two months now the VC  called it student politics.

Asked why HPU did not make it into the list of  the top 100 universities in the country in the survey conducted by the UGC, the VC said varsity staff was busy and did not participate in the ranking.

For long time, the VC had been claiming to install biometric system to address the problem of punctuality of the staff, and that the campus will be completely Wi-Fi. But again, he gave assurance about it, like he always did during his tenure of five years,