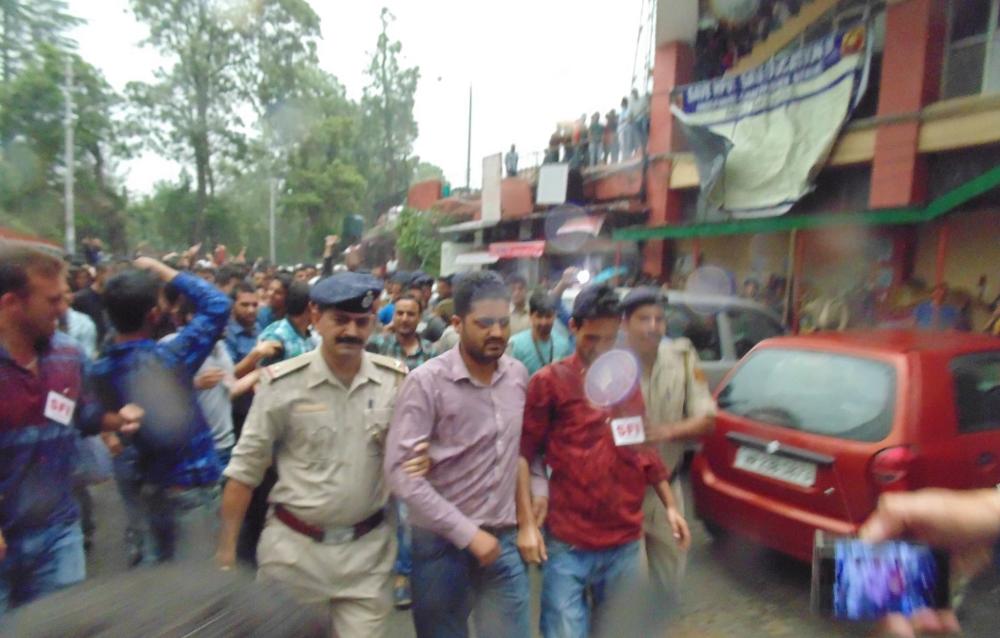 Why HPU VC ADN Bajpai hiding ‘high-power committee report’ from public and students for last two years? Why was the committee even formed in the first place if it were to be kept confidential? How students are wrong in protesting against undemocratic and dictatorial attitude of the VC? 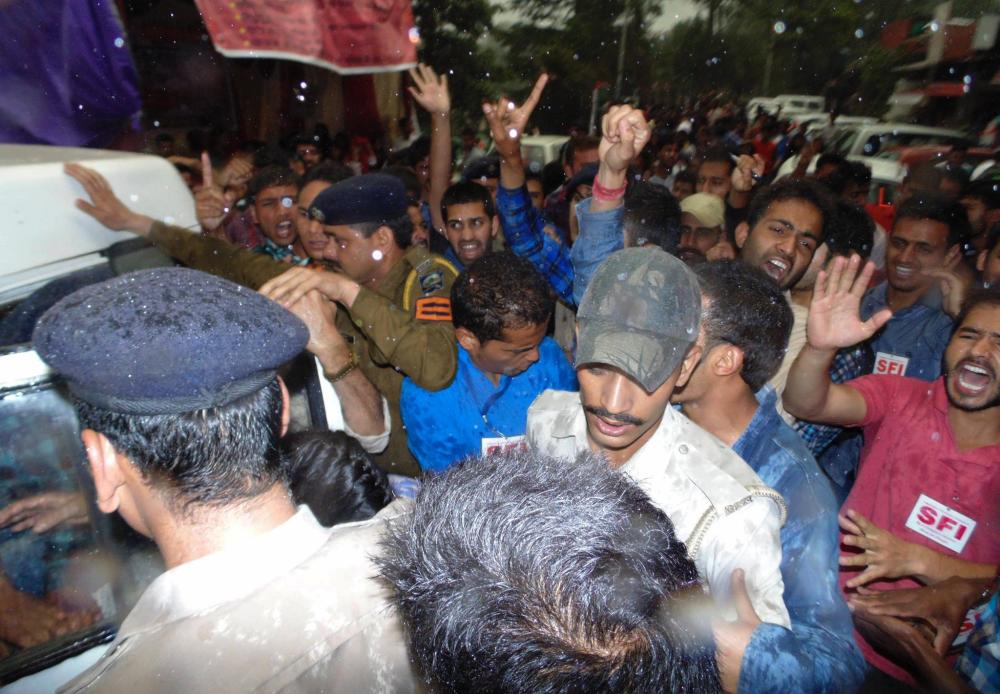 Considering the nature of crisis at HPU campus, it is a matter of big worry that the VC is unlawfully concealing the finding of the committee report after two years of its submission. Surprisingly, media is also not interested in raising the actual issue and instead keep calling the aggressive nature of the protest “chatron ne kiya hungama” (students create nuisance).

The students have every reason to be infuriated considering the following facts:

For last 47 days HP University students are on 48 hour chain hunger strike asking the HP authorities to make the report of high-power committee that was formed to look into massive fee hikes implemented in 2013-2014. The Committee constituted by the State Government on 22nd September, 2014, under the Chairmanship of a retired judge of High Court V.K Sharma with Sarojini Ganju Thakur and A.R Chauhan as members, was asked to submit its report /recommendations within 30 days from the date of issue of notification. The committee was formed when the decision of fee hikes faced a massive protest from all sections of student community. All student organizations namely ABVP, SFI, and even NSUI, criticized such an abrupt decision to make sudden gigantic hikes in fees (200%-2000%) in just one step.

The committee invited public and students to provide their views and suggestion about the decision taken on fee hikes. The committee submitted its report in October 2014 after considering the public feedback.

However, the report was never made public, and students are still protesting after two years for their right – to make findings and recommendations of the committee public. While SFI still fueling its protest, other two students organizations have decided to be passive on the issue. 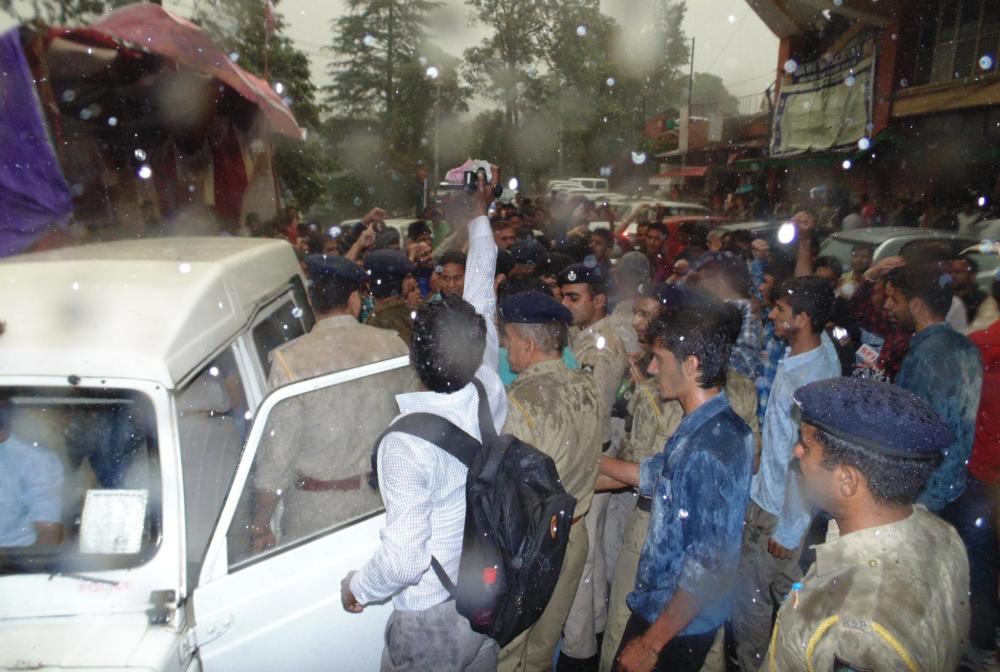 During 2014-2015, ABVP and SFI had joined hands to support the movement. But growing protest was repressed misusing brutal police force and QRT. Student leadership was put behind bars to break the student protest. However, when the student community did not yield and give up protesting, brutal police assault was launched to terrorize students. 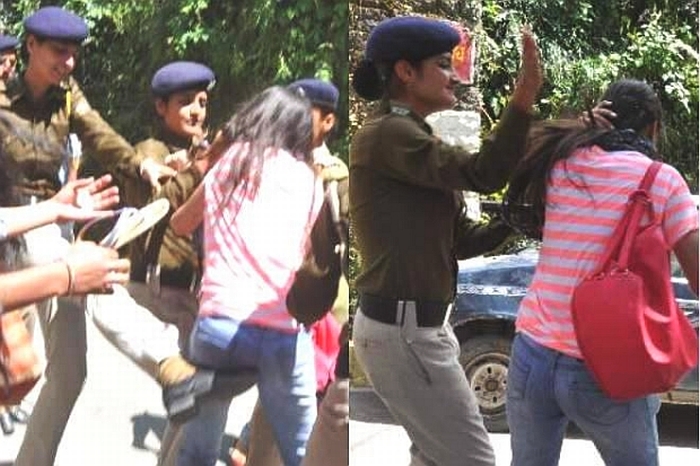 The girl students were insulted, dragged from hair, kicked and abused by male and female police persons at HPU Campus.

Student leadership was denied bail saying that their freedom is threat to peaceful university environment. Fice students spent 52 days in jail for fighting their right – the right to know the findings of ‘high-power committee report’,. It’s was and is their right and the university authority is unlawfully holding the information back, and even the students were denied information under RTI saying the report is confidential. 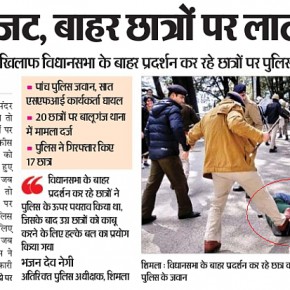 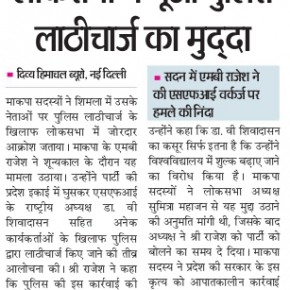 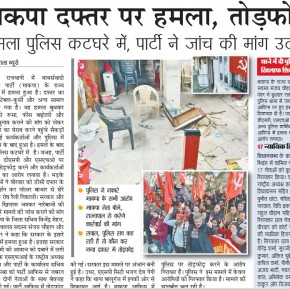 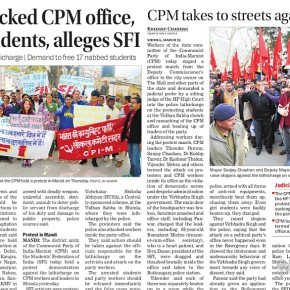 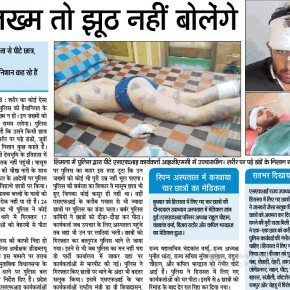 Previous Story: Do we have to live like this – crushed beneath Police Boots, Under the terror of HP Govt.?

When students asked the varsity VC how the report of a committee that was formed by the government to provide its recommendations based on public suggestions could be confidential, they were replied in a highly undemocratic manner. The students were slapped with cases under various sections in order to discourage them from participating in protests.

However, the student community did not give up and are still fighting its battle against varsity authority for their rights.

Now, again, the varsity VC has turned to old trick to suppress revived student protest- using police force to file cases against student leaders and sent them behind bars in order to weaken the protest.

The beginning of police-misuse has further infuriated protesting students and they would continue with their chain-hunger strike. However, the VC is onto playing every trick to keep the report concealed at every cost.

Unfortunately, public is unaware of the actual situation at varsity campus and decaying standards of education and loot by administration. People believe the student are not supposed to protest but just to behave like ignorant, docile, and submissive creatures despite being most educated section of the society. Illiterate politicians are acceptable to people, but they consider protest of literates illogical.