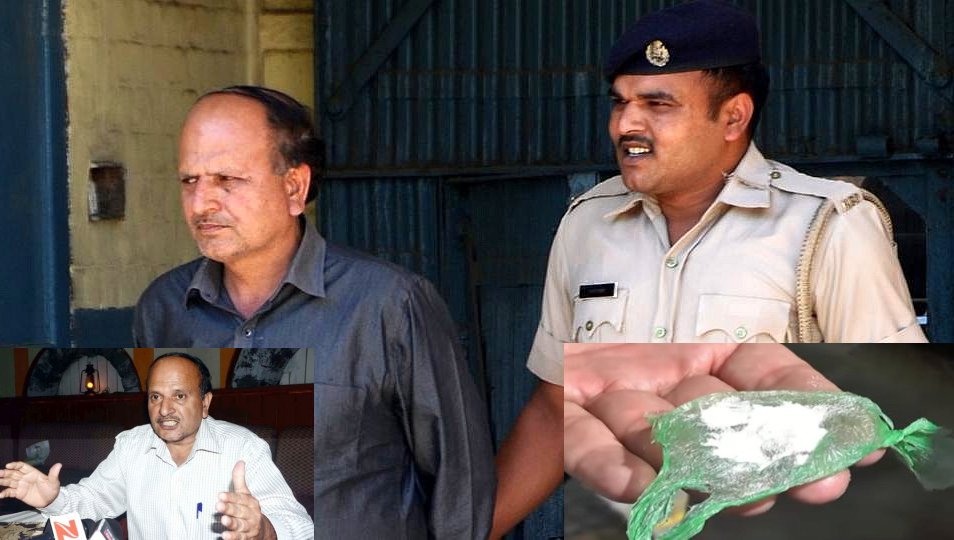 Shimla – As another blow to the credibility of the Himachal Pradesh Police Department, ex-Regional Manager, Solan district, who was nabbed by the police for alleged drug trafficking in his official vehicle, walked free as he was acquitted by the court.

The forensic report said the 4.400 kg substance found in the vehicle was just baking soda, not Chitta.

Mahender Rana (51) leveled serious allegations of conspiracy against him by then SP Shimla. He said he would approach the court with a defamation suit of Rs. 50 lakhs against the police official.

The allegations were made at a time when the HP Police is in controversy for alleged shoddy work in the investigation of the Hoshiyar Singh case and Kotkhai rape and murder of a 16-year-old school girl.

In a press conference held yesterday after his rejoining as the Regional Manager Traffic, Mahender labeled shocking allegations against the police saying he was asked to pay Rs. 5 to 7 lakh as bribe.

He alleged that police stopped the vehicle he was traveling in, thrashed him, and falsely framed him. At the Boileauganj Police Station, Deputy Superintendent, Shimla, Ratan Singh Negi, also thrashed him, he alleged.

Mahender said he would soon release a video showing the Station House Officer asking him to pay Rs. 5 lakh. He said he was not traveling from Solan to Shimla. The day he was arrested he was on his way to Solan from Shimla with his friends, he said.

He wasn’t traveling in his official car as claimed by the police, he said. His car, Mahender claimed, is equipped with GPS Service and, with evidence, he would prove that his car was parked near the Boileauganj Police Station at 10 PM and wasn’t moved for days.

Police had claimed the bag seized from the car belonged to him, he said. But the bag belonged to another person (Vikas) who was also present in the car, he alleged

As per the FIR registered by the Shimla Police, on the night of April 30, 2017, a team was on patrolling at Khbara Chowki near Shoghi. At about 12:45 AM, said government vehicle (Bolero – HP-64A-0336) intercepted for checking. The vehicle was carrying four persons excluding the driver namely Mahender Singh, 51, (Dharamshala), Regional Manager in HRTC, Solan, Vikas, 31 (Dharamshala) Rajiv, 30 (Kangra), and Gyasudeen, 30 (J&K). A case was registered against the said people under the Narcotic Drugs and Psychotropic Substances Act (NDPS), 1985.

The Transport Minister GS Bali, in a press statement, had ordered the suspension of the arrested RM. The minister had said the Mahender have faced suspended earlier, too, following financial irregularities worth Rs. 35 lakh while he was posted in Dharamshala.

No statement was issued by the police officials in this regard so far.

Gaddi Community Remark: Lathicharge on protesters in Dharamsala after they scuffle with police