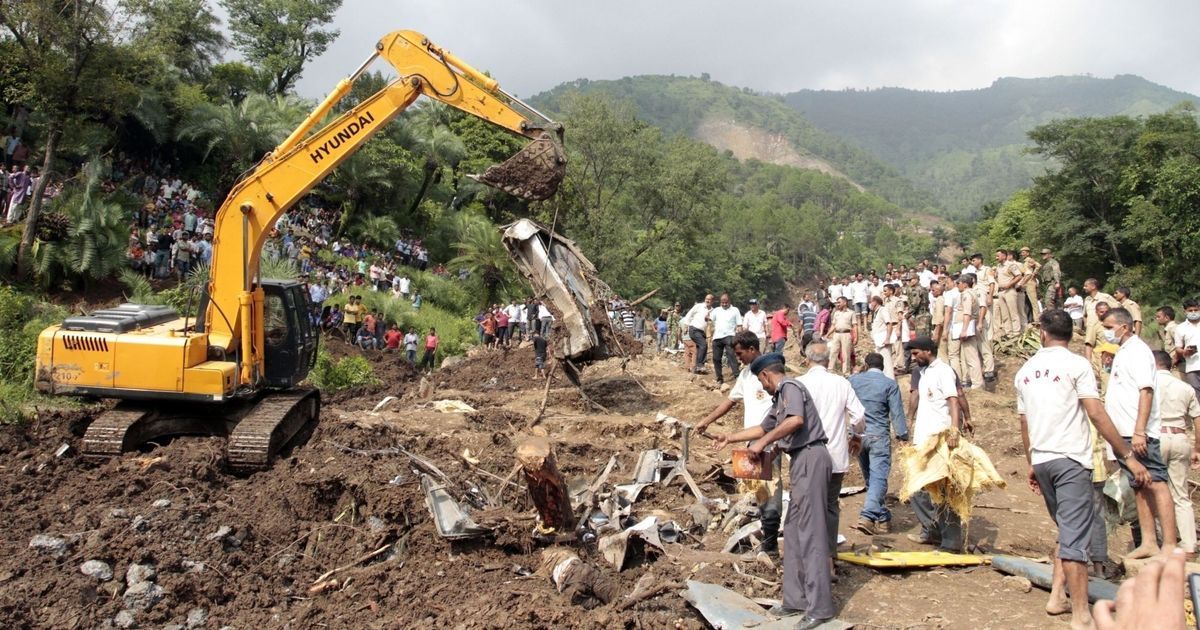 Mandi -The rescue operation continued on the third day on the site of the landslide in Kotrupi, Padhar in Mandi district of Himachal Pradesh.  The teams did not recover any dead body today.

The rescue workers and locals were horrified by the devastating scene it presented.

The district administration of Mandi today confirmed that 46 bodies have been recovered so far. It said five persons are still missing. Out of the total deceased persons, 41 were identified by the time of writing. 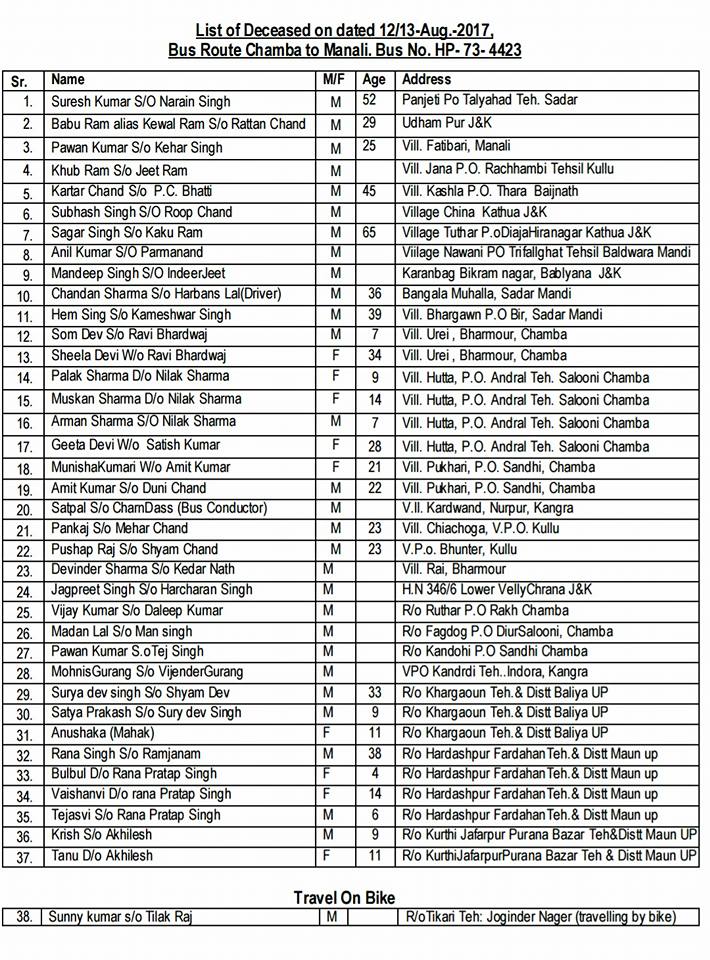 The rescue teams are unable to find rest of the missing persons and took the help of dog squad. However, dogs did not prove to be much help. 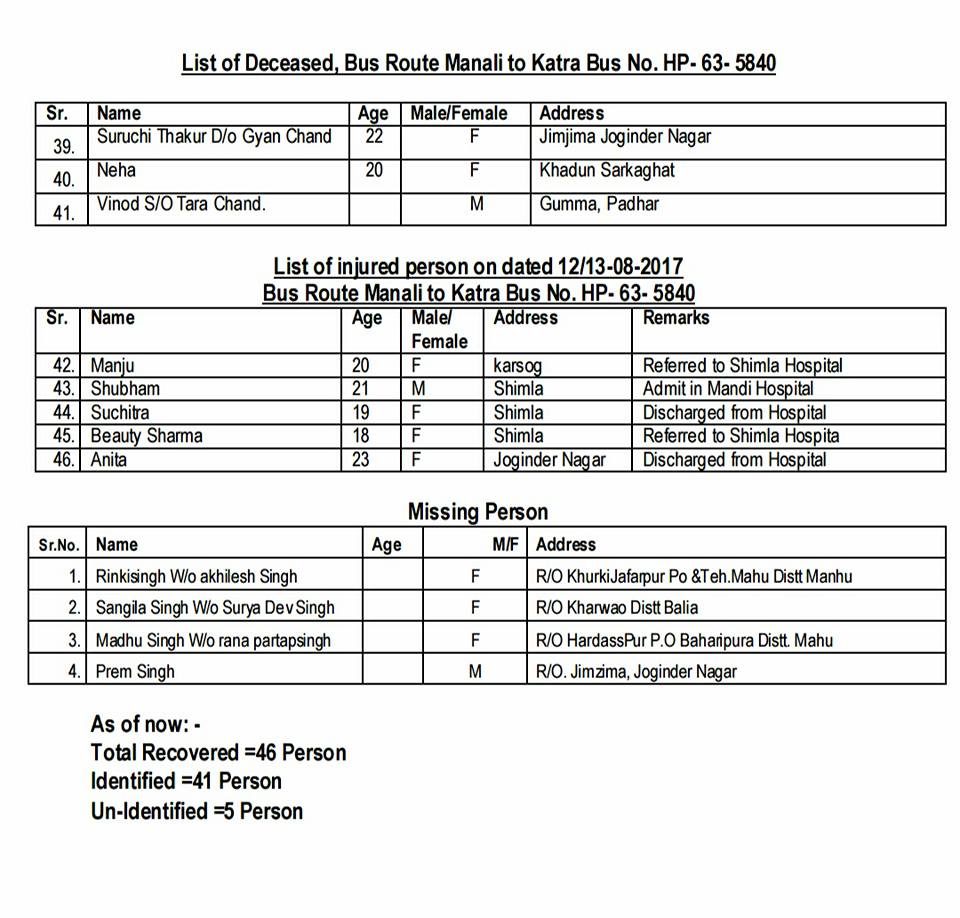 Another deceased was riding a bike with his friend.

Two villages were evacuated in view of further landslides as small debris continues to roll down the hill.

Surprisingly, the villagers reported that the administration had given them warning last year too. The hill had developed cracks and the administration was well aware of it. The government is already under fire for not learning from previous disasters. Environmental activists, geologists, and social organizations are questioning why the State government and the NHAI never bothered to conduct a survey on high-risk regions that are more prone to landslides.

He said the Minister was requested to direct the NHAI to take necessary steps for averting such accidents. Gadkari directed the NHAI to include soil stabilization, land protection wall, zero static and slope stabilisation in all the DPRs for constructing national highways in Himachal Pradesh.

He also directed NHAI to complete all the DPRs at the earliest.