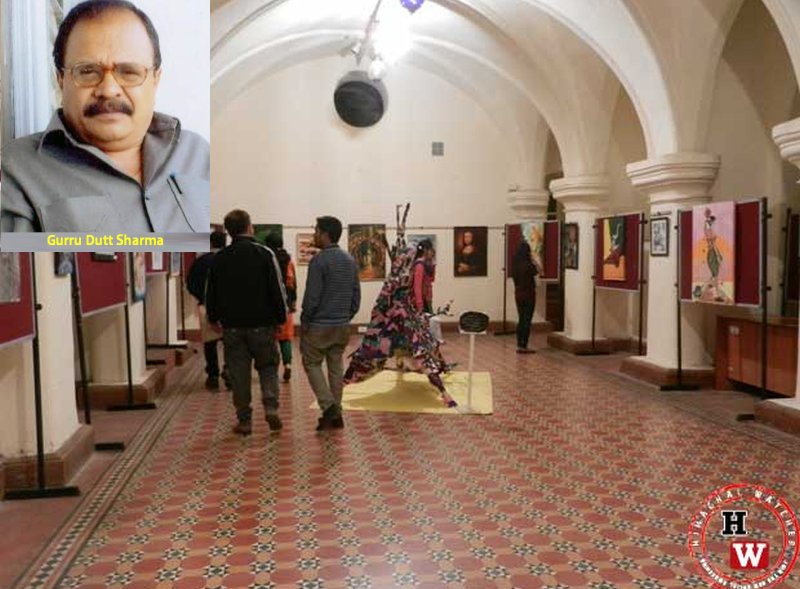 How the Academy can distribute prizes four months prior to completion of the year. Moreover, without procuring the copy of published works, how would it assess the artists?

Shimla: The Himachal Pradesh Academy of Language, Art, and Culture was alleged of irregularities in the distribution of the annual top three awards to best artists in various fields.

The Academy is preparing to distribute the top Academy awards for the year 2017 in advance without following proper procedures and even rules of the Academy.

The awards for the year 2016 were presented in March 2017. Just five months after it, now, the Academy is preparing to distribute prizes in haste before the end of the year. Artists cite the upcoming Assembly Election as the main reason behind this unjustified act.

The artists and social organizations are questioning how the Academy can distribute prizes four months prior to completion of the year. Moreover, without procuring the copy of published works, how would it assess the artists?

Several artists would publish or reveal their works of art during the next four months. But if the prizes for the year were already distributed before completion of the year, these artists will face injustice. All artists deserve equal opportunity to represent their works.

The 2016 awards were distributed without actually assessing the art works or the artists, said the allegations. A few members of the Academy distributed the prizes to some pre-selected candidates without properly inviting other artists to submit entries. There was no in-depth assessment of works of art and literature before giving away prizes worth lakhs of rupees.

These allegations were labeled by Guru Dutt Sharma, an artist and the President of the “HP Sarvahitkari Sangh”. He said the Academy distributed the last year’s awards just five months ago, and now, the Academy is trying to distribute top three awards for the year 2017 in advance.

Sharma also alleged that every such institute or organization is bound to properly advertise the invitation for entries along with details regarding the eligibility criteria, rules, and norms. However, the Academy issued only a press note that did not contain any of the aforesaid details, he alleged.

He further alleged that the constitution of the Academy was hijacked by a few members. These members were taking undue advantage of their positions and working arbitrarily.

As per the Academy rules, the position of the President in the Academy always belongs to the Secretary of the HP Department of Language and Culture. However, the Academy has defied this rule and even the post of the Secretary was not filled as per rules.

Guru Dutt Sharma has also written to the President of the Academy and the Chief Minister Virbhadra Singh asking them to publish proper details regarding the eligibility and rules before inviting entries.

He also asked the Chief Minister to ensure that the awards for the year 2017 should be given in 2018 after appropriate assessment.

The artists are pleading the government to spare the Academy of corruption for the sake of the art.

Sharma has requested all artist community to join hands and fight against the irregularities in the Academy to ensure justice with deserving artists.