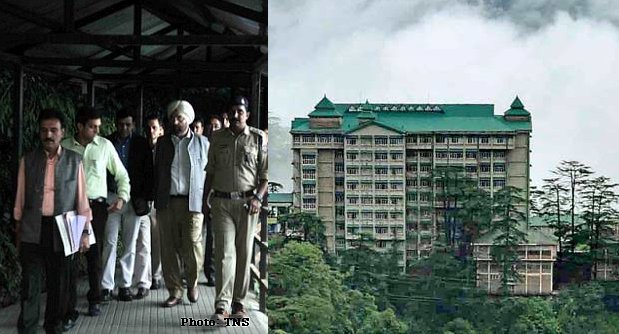 CBI finally reaches one of the persons shown in pictures posted on the Facebook page of the Chief Minister. Agency questions this person, who is said to be a close relative of a senior law officer of Himachal Pradesh.

Shimla: After the embarrassment it faced for the second time in the Himachal Pradesh High Court on August 17 for underperformance in the investigation of the rape and murder a minor school girl in Kotkhai region of Shimla district, the Central Bureau of Investigation now appears to be speeding up the probe.

On Saturday, sources reported that the CBI team is now seeking approval for conduction a lie detection (polygraph) test on the accused.

It strongly suggests the CBI has found inconsistency in the statements of the accused including the Ashish Chauhan. The agency will need the consent of the court as well as those of the accused in order to conduct a lie detector test.

An accused can deny consent for the lie detector test; however, it then goes against him in the court of law.

As per a fresh report, CBI has finally reached one of the persons shown in pictures posted on the Facebook page of the Chief Minister Virbhadra Singh. The person, who is said to be a close relative of a senior law officer of Himachal Pradesh, was questioned by the CBI team in relation to the case.

The report said the information was released by a CBI official but requested anonymity.

The Division Bench headed by Acting Chief Justice Sanjay Karol and Justice Sandeep Sharma had made all the members of the Special Investigation Team (SIT) and police personnel posted in the Kotkhai Police Station a party and asked them to be present in the court on August 18.

The court asked all the police personals to file their individual affidavits regarding the investigation conducted in the case by August 24.

Following it, the agency had seized the mobiles phones of some police officials in relation to Suraj’s killing, one of the Nepalese accused. The agency had questioned the top cops, and it was believed that the police is in trouble over the killing of Suraj in the custody.

As per sources, the Sentry who was on duty the night Suraj was killed had given the agency different statement. The Sentry denied watching Raju killing Suraj in the lock-up. He had reportedly disclosed that previously his signature was taken on a pre-scripted statement.

CBI SIT had submitted a fresh status report on August 17, as directed by the court on the previous hearing on August 2, 2017.