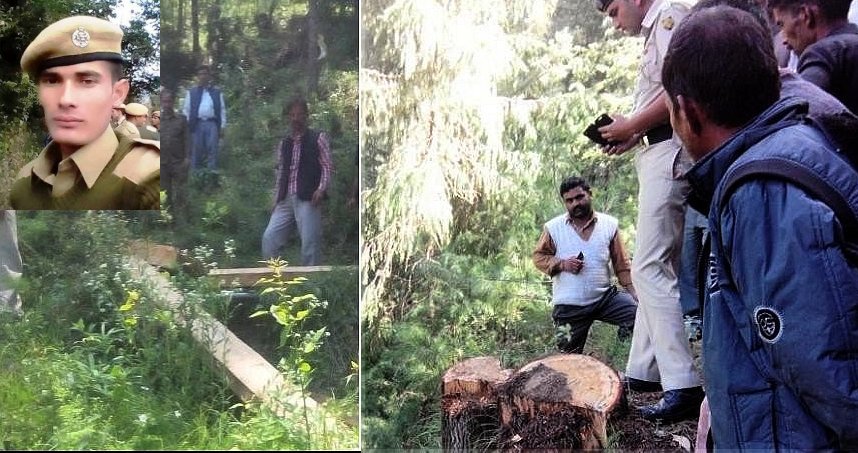 The forest guard was trying to expose the nexus between the HP Forest Department and forest mafia, which was highly active in the Seri-Katanda beat of Karsog division.

Mandi: As an another blot on credibility and capability of poll-bound Himachal Pradesh’s Police, the Central Bureau of Investigation (CBI) finally took over the case relating to mysterious killing of forest guard Hoshiyar Singh, the body of whom was recovered from the forests of the Karsog division, Mandi district.

Following the orders of the State High Court, on October 27, the CBI registered fresh FIRs in the case against the unidentified persons. The agency has reportedly formed a special team of about 15 members, who will be investigating the case.

The CBI is expected to file its status report within a month.

Earlier, the state police had faced an embarrassment when the case relating to abduction, gangrape and murder of a minor girl in Kotkhai was handed over to the CBI.

To worsen the situation for the local police, the CBI had arrested eight police officials including IG and DSP rank officers

The probe conducted into the death of the guard under suspicious circumstances had failed to convince the court. Karsog region had witnessed massive protests by people who were outraged over what they believed to be a murder.

The people demanded a probe by the CBI to deliver justice to the victim.

Moreover, the forest guard was trying to expose the nexus between the HP Forest Department and forest mafia, which was highly active in the Seri-Katanda beat of Karsog division.

A diary and a few notes written on a paper were recovered during the investigation. On June 15, six people named in the notes and the diary were arrested in relation to the alleged abatement .

The forest department had recovered wood of illegally felled trees and admitted to have found evidences of illegal tree felling on massive scale. Surprisingly, it did not take action against any of its officials except filing an FIR.

The CBI has also taken charge of this FIR filed in connection to the illegal felling in the division. After the court took cognizance of the matter, four more persons were arrested on August 24.

Dissatisfied with the findings of the probe, in September, a division bench comprising of acting Chief Justice Sanjay Karol and Justice Sandeep Sharma, ordered the CBI to probe the case.

The guard had gone missing on June 5 and his semi-naked body was found hanging upside down from a tree in the Seri-Katanda beat on June 9.

The police first registered a case of murder against unknown person, but termed it a suicide the next day. Police was alleged of shoddy investigation and the court too felt the need of a CBI probe to unearth true facts.

The matter deserves special mention as the elections to the Legislative Assembly of Himachal are just 10 days away. This case has proved that the forest mafia has been ruling in the state under the alleged patronage of the forest department irrespective of ruling party.