Shimla: The Central Bureau of Investigation on Saturday filed its chargesheet against the eight officials of the Himachal Pradesh Police in the case relating to the custodial death of an accused, who was arrested for alleged rape and murder of a minor girl in Kotkhai Tehsil of Shimla district in July this year.

A separate chargesheet will be filed against the former Superintendent of Police, Shimla, D.W. Negi as the investigation against him is ongoing. He was arrested on November 16 – 75 days after the arrest of the said eight accused.

What do these section of Indian Penal Code mean

The CBI chargesheet challenges the postmortem report of the local police that said the killed accused had 22 marks of injuries. As per the autopsy report of the CBI, there were 32 injury marks on the body. Most of them were caused by belt and sticks. 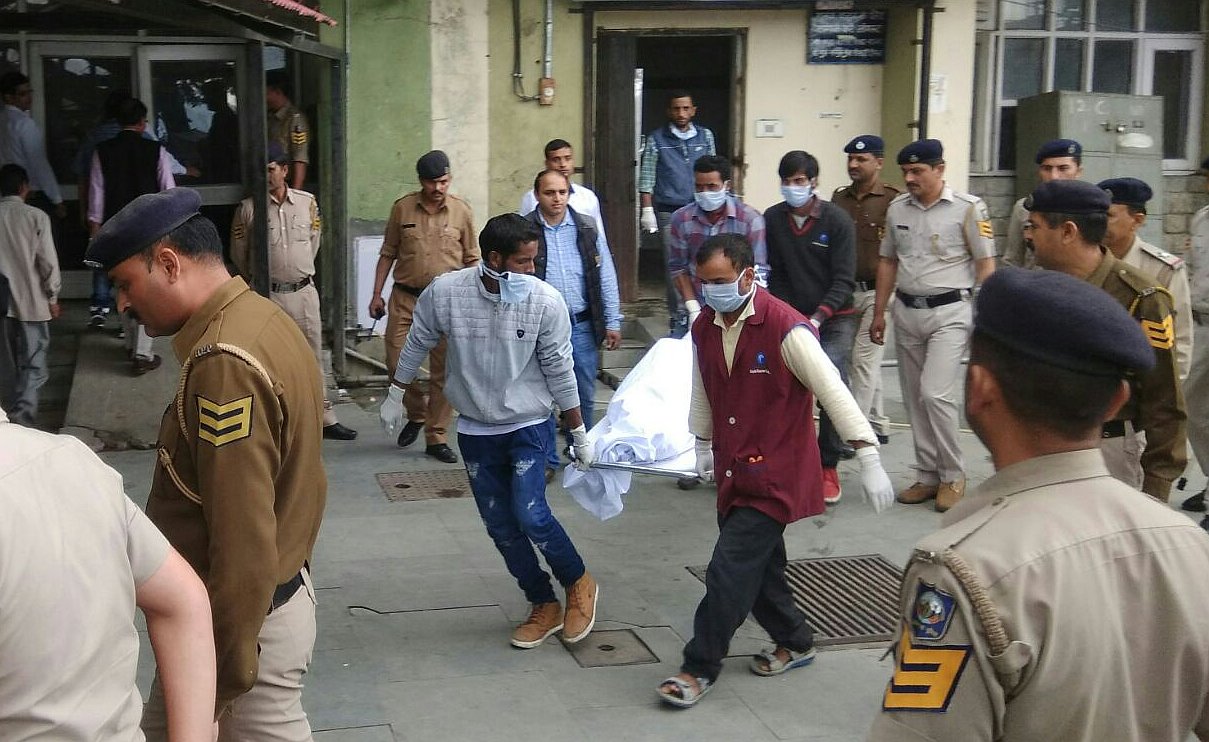 File Photo: CBI taking the body of killed accused for re-exmination on July 25

The chargesheet contains the details of the entire episode of the custodial killing of Suraj on the intervening night of July 18 and 19.  The CBI’s 50 eyewitnesses include the five accused who were lodged at the Kotkhai Police Station along with Suraj.

The court sent all nine accused to 14-days judicial custody at the Model Central Jail, Kanda. They will be produced in the court on December 7 after the expiry of the custody.

Again, none of the advocates representing the accused police officials appeared before the court. The court could not take any decision on the application filed by the CBI seeking permission to match voice samples of the accused.

The sources from district court said the Bar Association has rejected application of the advocates who were representing the accused cops as their counsel.

The lawyers failed to appear in the court for the fourth time in a row.

If the lawyers fail to appear in the next hearing, the applicants would have to either hire lawyers from other states or apply for a legal aid.

The barbaric nature of the crime had led to a boycott from the Bar Association too. The lawyer community had decided that none of the lawyers will represent the accused.

Despite that, some of the lawyers defied the decision of the community and defended the accused cops. The Bar Association had reportedly canceled the membership of these lawyers.

Unfortunately, the CBI doesn’t seem to have found any lead in the rape and murder of the minor girl. The arrested accused are out on bail, and the CBI couldn’t make any other arrest in the case.

The CBI team is still visiting the victim’s school and woods of Halaila. Some unofficial reports suggest that CBI has investigated almost every angle including monetary bribe.

The State High Court has directed the CBI to file a chargesheet in the case by December 30.