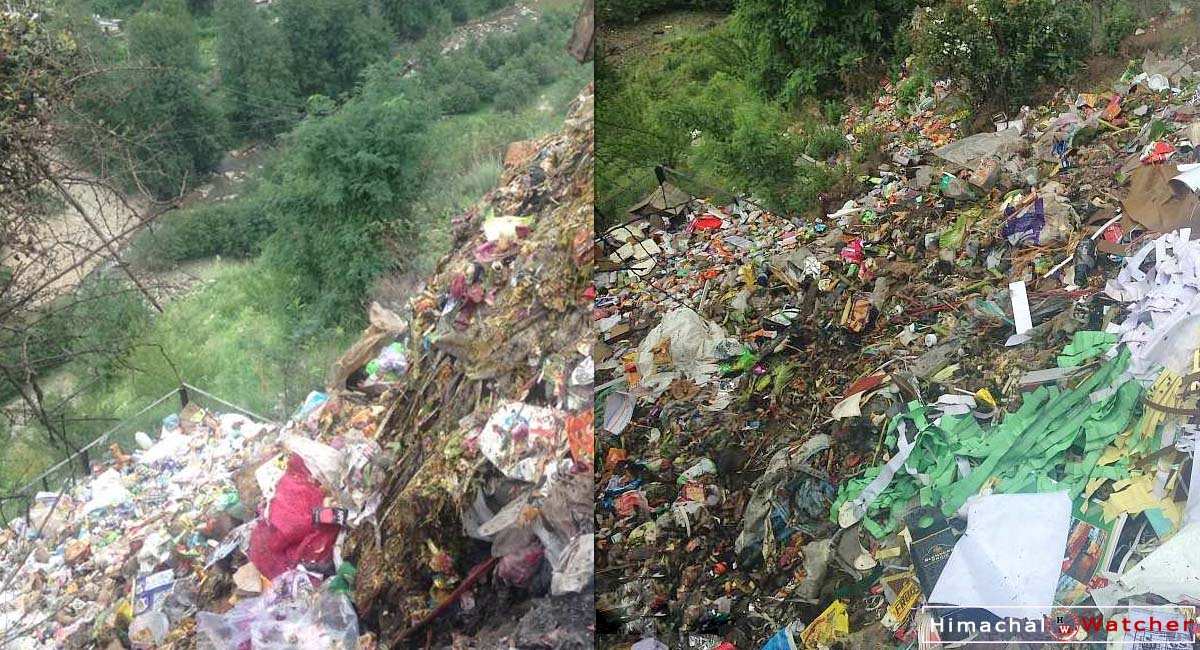 Shimla– The Gumma Nagar Panchayat in Kotkhai, Shimla district, like most of the other rural areas, lacks a proper solid waste management system. As a result, the usual method adopted here is dumping daily solid waste down the hill in an official dumping yard.

The locals from the panchayat wrote to Himachal Watcher regarding the adverse effect the dumping site in Gumma causing. 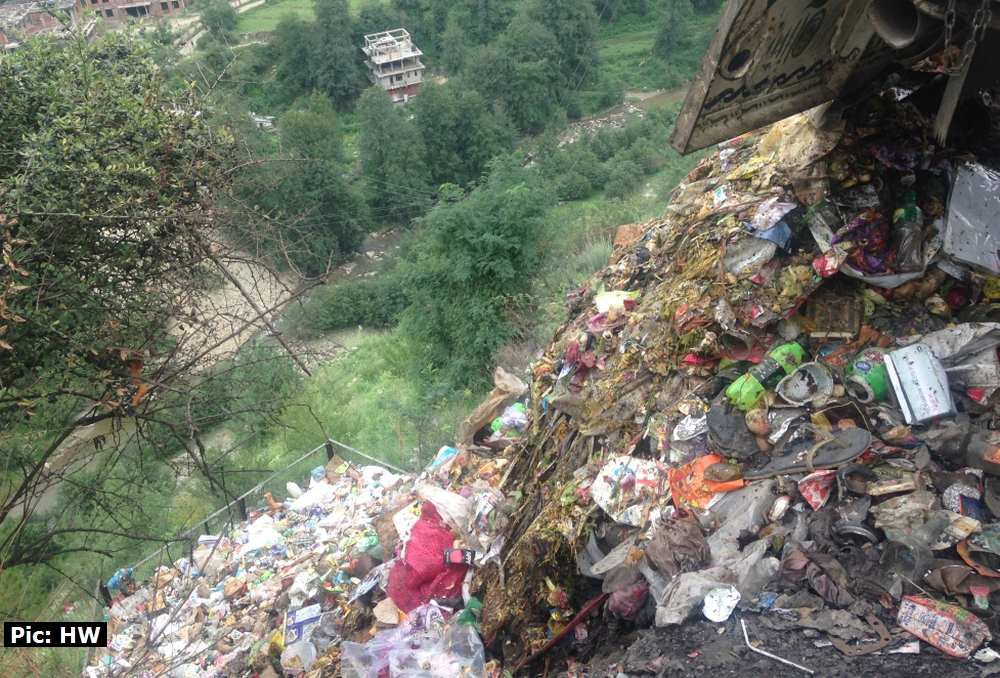 They said the panchayat has allocated the site shown in the photo above to dump their garbage. This garbage is mostly left unsorted.

With the growing population and increasing number of shops, the hillside is now overflowing with rubbish. This overflowing waste from the dump finds its way down to the Giri river water.

It not only looks unsightly but also emits a foul smell. Moreover, the half-burnt rubbish flies in all directions, mostly downhill into the water. 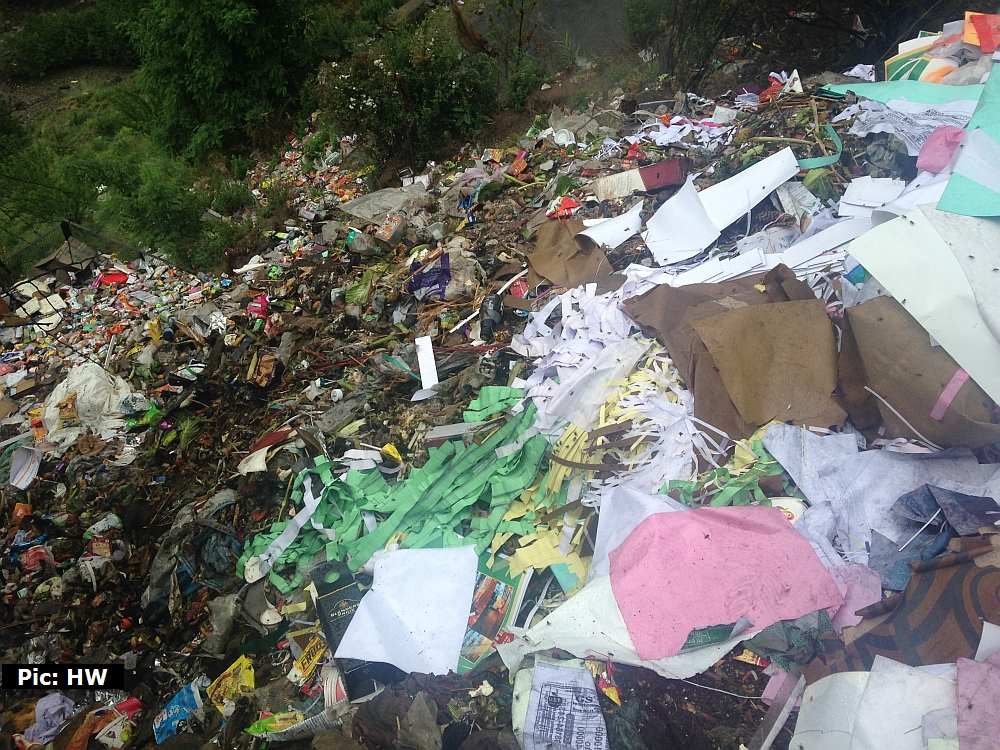 The office of the Assistant Engineer, IPH Subdivision Gumma, is located near to this location. Still, the issue is being ignored.

“Interestingly, the Department of Irrigation & Public Health is sitting above the location, blind and oblivious to it all,” 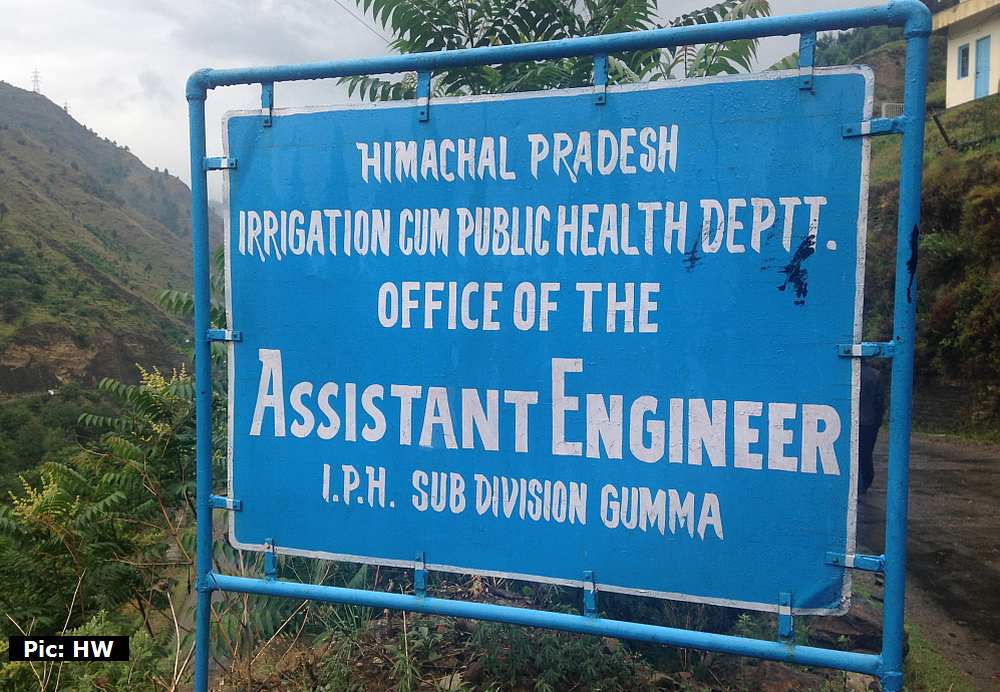 “Complaints have been made to the Gumma Panchayat Pradhan who showed helplessness since it was a decision made by higher officials,”

The panchayat pradhan of Gumma told HW that, indeed, the area is facing a problem with daily garbage. There are five wards in the Nagar panchayat, and villagers do not have any common dumping ground.

“The villagers have found suitable spots near their habitats where they dump their daily garbage,”

Tara Chauhan, the Pradhan of the panchayat told HW

“The dumping site shown in the pictures is particularly created to accommodate daily waste generated by shops in the market. The market has about 300 shops, and the daily waste is transported through pic-ups to the dumping site,” 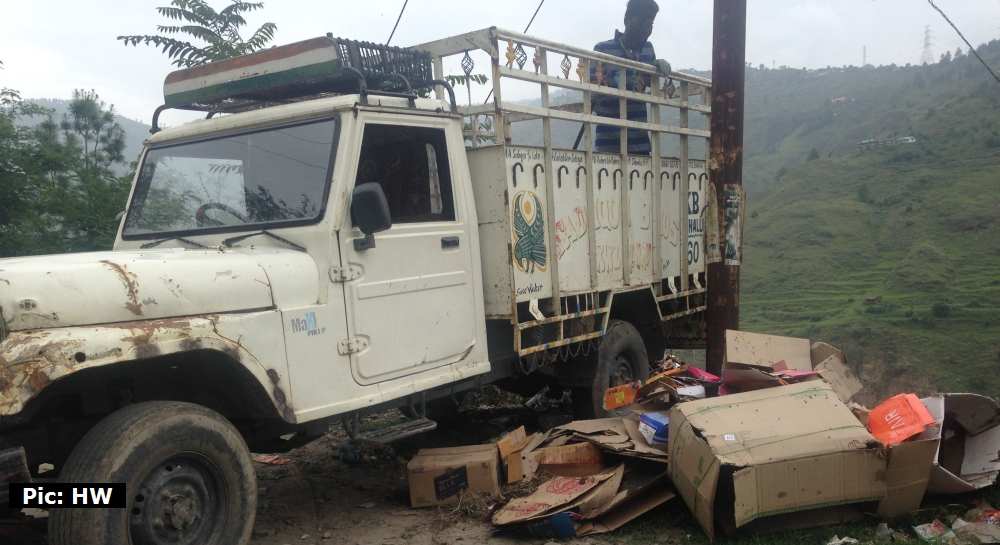 She also accepted that this dumping site is now overflowing as the amount of waste dumped is increasing. The issue has been brought to the attention of district administration of Shimla, she said, adding that the administration has asked the panchayat to find a new location for the creation of another dumping yard. However, it’s hard to procure land for it as no one would allow the creation of dumping site on private land, she said.

“Earlier, we used to set the garbage ablaze when dumping reached on the verge of overflowing. However, now, we have directions not to burn garbage as it causes air pollution,” 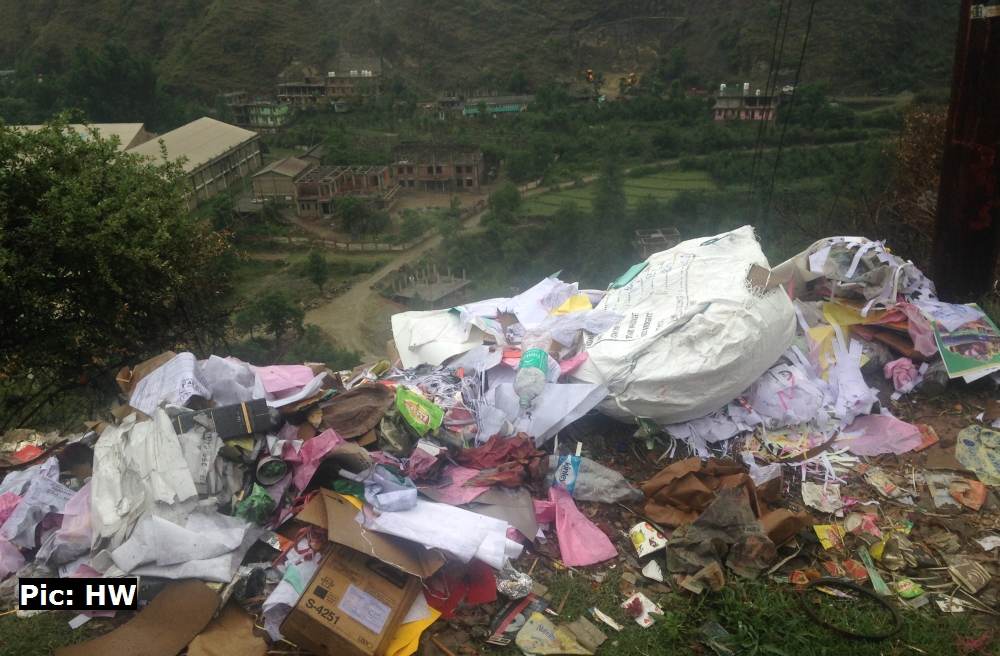 As a matter of fact, the said dumping site is overflowing and, in monsoon, a lot of waste is likely to find its way into the Giri Ganga.

Giri Ganga is one of the main sources of drinking water supply to Shimla, and there is no need to say more why it requires immediate intervention of the district administration and the state pollution control board to prevent water pollution.

In the past, Shimla has already witnessed instances of jaundice outbreaks due to contaminated water that had killed about two dozen people.  However, it appears, we are waiting for another catastrophe to happen before appropriate action is taken.

The garbage dumped here needs to be removed regularly and disposed of properly before the next truck of garbage is dumped.

“Is the ‘Swaacch Bharat’ campaign only on papers? How can the National Mission for Clean Ganga (NMCG) succeed if the sources of Ganga are being polluted?”

It is a matter of concern that the district administration is still stuck at creating dumping yards, which is not a proper way to dispose of solid waste. At the same time, the villagers are left at their own to deal with the daily waste they generate. The State government needs to provide a solid waste treatment facility in rural areas.

However, there are reasons to believe that the government is hardly concerned about this gigantic environmental issue. The only waste treatment plant that was supposed to convert Shimla town’s municipal waste into energy, is lying defunct. Instead, the locals allege, the plant has been turned into a dumping yard, which was on fire last month. The fire kept smouldering for over a week.

A similar example was witnessed in Kenduwal of Baddi in Solan district where the Municipal Council and the Baddi-Barotiwala-Nalagarh Development Authority (BBNDA) were supposed to construct a solid waste treatment plant. They had obtained the clearance for the same on August 13, 2015, and were allotted 42 bighas and 13 Biswas of land in Kenduwal.

However, the plant never came up and the two responsible authorities created a huge dumping site by violating a number of environmental laws and guidelines. Not only they created this site on the flood-plains of Sirsa river but also ignored human habitat located at a distance of 30 meters from it.  The families living in this habitat had to approach the state High Court to get relief from the hellish conditions created by this illegal dumping site.

Drugs and Himachal : Recent Trends and the Counterstrategy