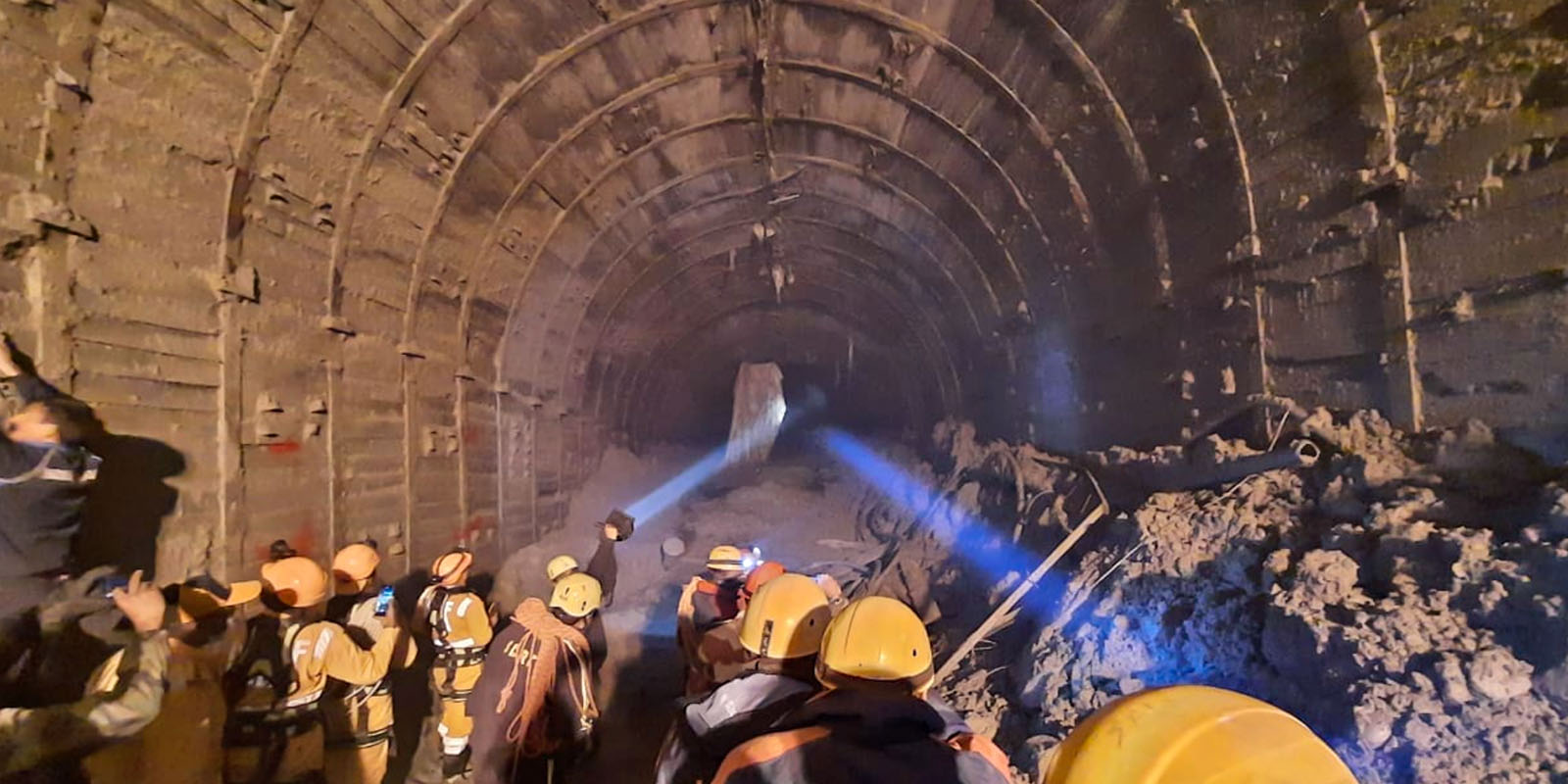 These people are among 197 persons still missing or stuck in power project tunnels. So far, 31 bodies have been recovered.

Seven of these missing persons belong to Rampur’s Kinnu and Shingla panchayats, Shimla district. These persons have been identified as Devender Singh, Kailash Chand, Diwan Singh, Ashish, Amit Kumar, Pawan Kumar and Rakesh Kumar. Further, one person from Sirmaur district and one from Kangra district are also missing. These were identified as Gurmeet Verma, Rakesh Kapoor and Jeet Singh Thakur.

Details of one person were awaited. The report was confirmed by the Urban Development Minister Suresh Bhardwaj, who was approached by panchayats members in Rampur with a plea to help.

“We have spoken to the Deputy Commissioner, Shimla, to establish contact with the administration in Chamoli district, Uttarakhand, to help trace these missing persons. I would also request the Chief Minister to speak to the Uttarakhand Government regarding this matter,”

Meanwhile, ecologists, environmentalists, and scientists are now pondering over the possibility of this disaster being man-made due to hydropower projects or climate change. Following this disaster in Chamoli, people in Lahaul-Spiti district, Himachal Pradesh, have opened a front against over 50 hydropower projects prosed to be set up in the region. Panchayats have also passed a resolution to not issue NOCs in favour of these projects and to demand cancellation of construction of these projects for the good of the people and the land.

At the same time, the formation of hundreds of small and large lakes in Himachal Pradesh due to the meltdown of glaciers owing to global warming has created more concerns.

It’s pertinent to mention that environmental groups, like Himdhara, had been warning the government of approving a large number of hydropower projects in the state blindly in pursuit of economic growth. The group had been highlighting about severe environmental hazards linked to the construction of these projects, which the government is not ready to admit. As a result of this deliberate neglection, the villagers, rivers, local water sources, farming lands, local wildlife etc. were suffering, the group had reported. Houses of people were destroyed due to seepage of water from tunnels of hydropower projects and they are forced to evacuate, the group had said in one of its reports.

However, the government had been preferring its own opinion over theirs.

What Happened in Chamoli?

According to the statement given by the Union Minister Amit Shah, on February 7, 2021, at about 10 am, an avalanche occurred in the upper catchment of Rishiganga River, a tributary of Alaknanda River in Chamoli District of Uttarakhand. It led to a sudden rise in the water level of the Rishiganga River. Due to flash flood on account of rising of water levels in the river Rishiganga, a functional Rishiganga small hydro project of 13.2 MW was washed away. The flash flood also affected the under construction 520 MW NTPC Hydro Power Project downstream at Tapovan on the river Dhauli Ganga.

The satellite data (Planet Lab) from February 7, 2021, shows that in the catchment of Rishi Ganga river at the terminus of the glacier at an altitude of 5600 m a landslide triggered a snow avalanche covering approximately 14 sq. km area and causing a flash flood in the downstream of Rishi Ganga River.

For clarity: here is a before (6th Feb) and after (7th Feb) render of @planetlabs imagery showing the glaciated slope that failed #ChamoliDisaster #Uttarakhand pic.twitter.com/l40uL4bLaY

As per the available information received from the Government of Uttarakhand, 28 persons have died and persons have been injured so far. As per information, a total of 197 persons are reported missing which includes 139 persons of under-construction project of NTPC, 46 persons of the functional Rishi Ganga Project and 12 villagers. The State Government, however, said that it has gathered this information from different sources and this may change.

State Government has announced an ex-gratia of Rs. 4 lakh each for the next of kin of those who have lost their lives due to the incident.

Due to washing away of one bridge, 13 villages around the place of the incident have been cut off. In these villages necessary supplies and medical assistance is being provided through helicopters, the government informed.

Status of Relief and Rescue Work

Machines removed more slush from the tunnel the whole night. A joint team of ITBP, NDRF, SDRF and sister agencies entered into the tunnel this morning. The tunnel is still approachable till about 120 meters. More slush and water coming from inside the tunnel. pic.twitter.com/jua1eVnErN

It was informed that despite adverse conditions at the incident site, search and rescue operation is continuously being carried out. After continuous and tireless efforts since night, Army has cleared debris at the opening of the tunnel to rescue the persons trapped in it.

All the staff of the Central Water Commission deployed in Alaknanda and Ganga Basin up to Haridwar are on alert. One team of Sashtra Seema Bal (SSB) is also deployed at the incident site. Team of Snow & Avalanche Study Establishment (SASE) /DRDO has also reached the site for surveillance and reconnaissance.