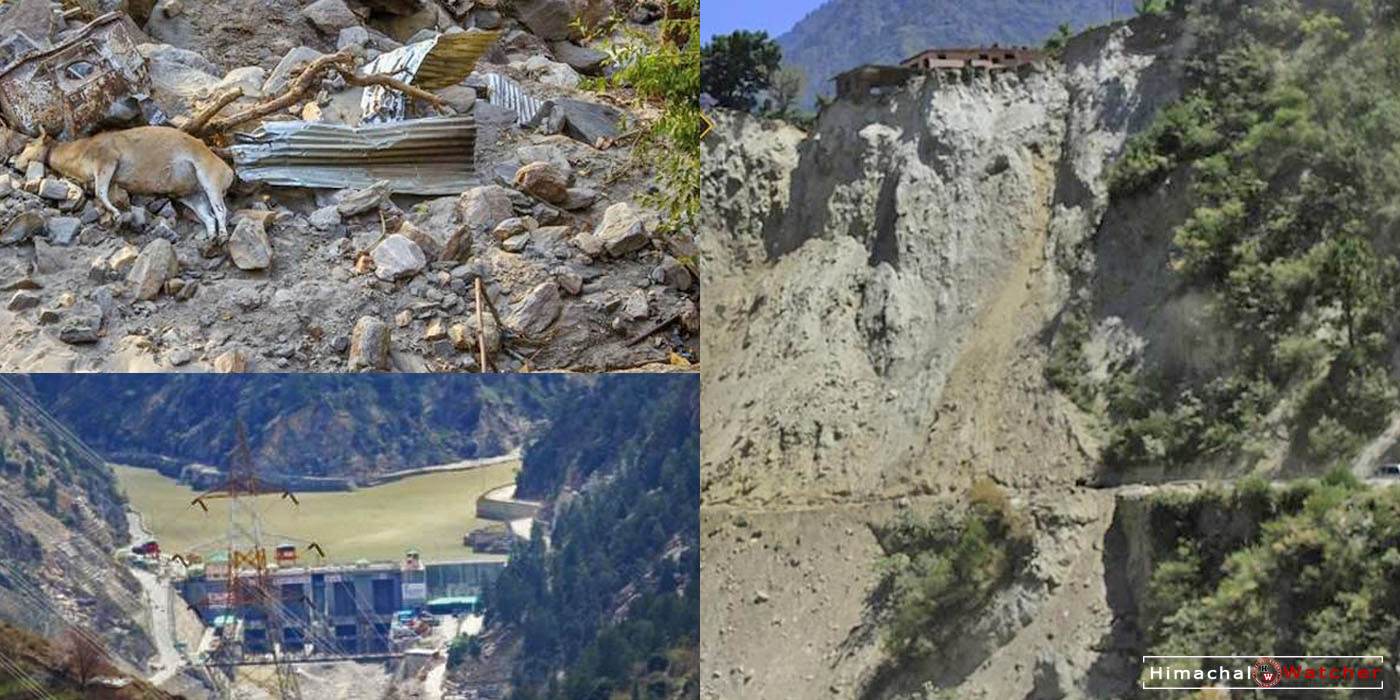 Shimla- The Himachal Pradesh Government, as witnessed on several occasions, favours hydropower companies over the environmental impacts and affected people. It believes that these projects would boost the economic growth of the state and that there are hardly any environmental hazards linked to the construction of excess hydropower projects. There is a long list of pending projects that the government wants to get constructed.

In its environmental assessment reports,  the government preach that hydropower is eco-friendly. However, as a bitter reality, it does not appear to be true. There are severe environmental hazards linked to the construction of these projects, which the government is not ready to admit. As a result of this deliberate neglection, the villagers, rivers, local water sources, farming lands, local wildlife etc. are suffering. Houses of people were destroyed due to seepage of water from tunnels of hydropower projects and they are forced to evacuate. Let’s take a look at a new report compiled by an environmental group explaining why hydropower projects in the Himalayas are not eco-friendly.

In the month of the ‘World Environment Day’, Himdhara Environment Research and Action Collective released their report titled “The Hidden Cost of Hydropower” to highlight the risks associated with hydropower construction, especially in Himalayan regions like Himachal Pradesh.  Over the last few years, increasing evidence has emerged that hydropower production may not be so ‘clean and green’ after all. This document compiles primary and secondary pieces of evidence of the impacts triggered by underground construction for the run of the river (ROR) hydropower projects highlighting the issues of environmental hazards and risks involved.

Echoing the fragility of the Himalayan region due to geological instability and climate change-related disasters like flash floods and cloud bursts, the report highlights the role of construction activities that accentuate this fragility.

“A report of the state’s own disaster management cell says that around 10 Mega hydropower stations are located in the medium and high-risk landslide area,”

The report explains that the magnitude of the underground component of the civil work in hydropower projects involving blasting and dynamiting exacerbate existing vulnerabilities. These impacts are yet to be adequately studied and understood.

Visuals and testimonies of affected people from project sites in Kinnaur, Kullu and Chamba falling in the Satluj, Beas and Ravi basin collected over the years have been used to show the impacts. Case studies like that of the Parbati II, Karccham Wangtoo, Kashang and Bajoli Holi projects illustrate how landslides, drying up of springs, damages to houses, farms and forests have made difficult the lives and livelihoods of the people in the project area. 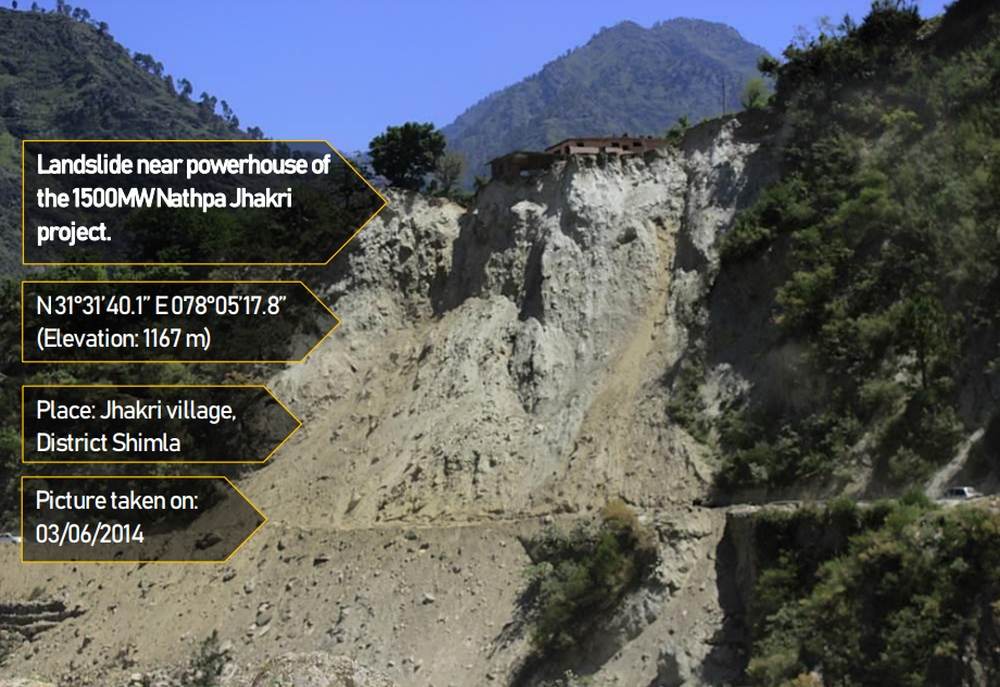 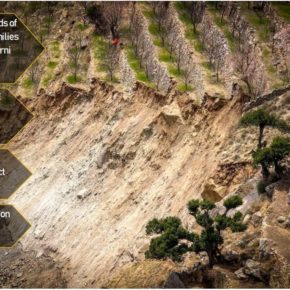 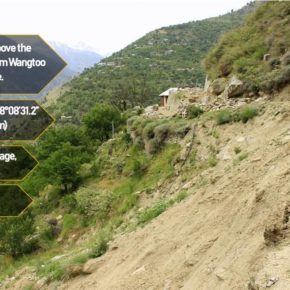 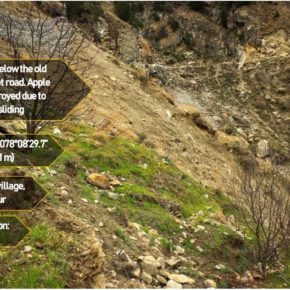 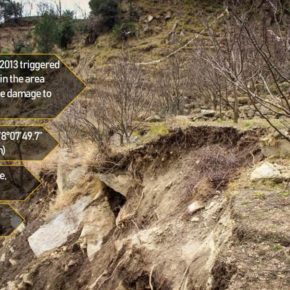 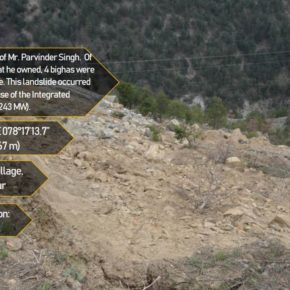 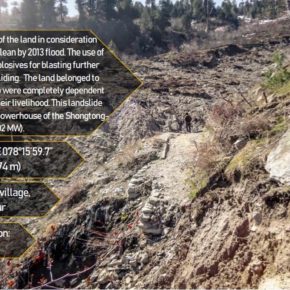 The report finds that the existing studies available on these impacts are inadequate or biased in favour of the hydropower producers, with economics as the main concern. Environment Impact Assessment reports of hydro-power projects gloss over the geological & seismic vulnerability of the project sites, with an explanation that the ‘hurdles’, ‘surprises’ and ‘incompetencies’ of the mountain geology would be handled at a later stage, if and when they occur. ‘Scientific’ linkages become difficult to establish later, and during EIAs, the concentration is to only rush through the studies to get ‘clearances’.

“They say there is no scientific evidence that the landslides are because of project activities and so we cannot claim compensation in case of cracks in the houses or damage to fields”,

according to Ramanand Negi of Urni Village located in the affected area of the Karchham Wangtoo project and now sitting on a huge landslide.

The report also refers to the Audit reports of the Comptroller Auditor General to show how the costs of these ‘surprises’ are borne by the affected people or transferred to the public exchequer. The costs that producers have been forced to bear have led to financial losses, bad loans, and cumulatively a slump in the hydropower sector over the last few years.

According to the report,

“The contribution of hydropower sector today to the country’s total electricity production has halved from 25% to 13% in the last decade. Where this state of hydropower industries was an opportunity to review hydropower policy and the sector’s viability, the report of Parliamentary standing committee on energy that reviewed the performance of hydro projects in 2018 turned a blind eye to environmental impacts and safety norms”.

Based on the committee’s recommendations the Ministry of Power issued an order in March 2019 recognizing hydropower projects with a capacity of more than 25 MW as ‘renewable’ source of energy, thus eligible for further subsidies. Himdhara’s report, however, brings out that hydro projects do not deserve the ‘green’ tag and the government should stop further subsiding the sector, especially large projects. 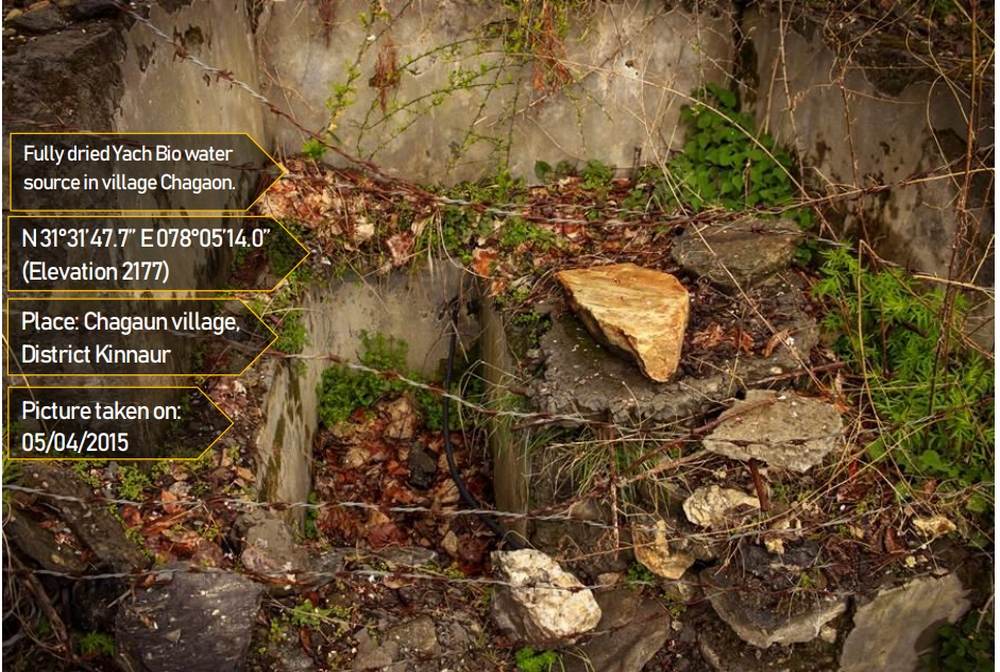 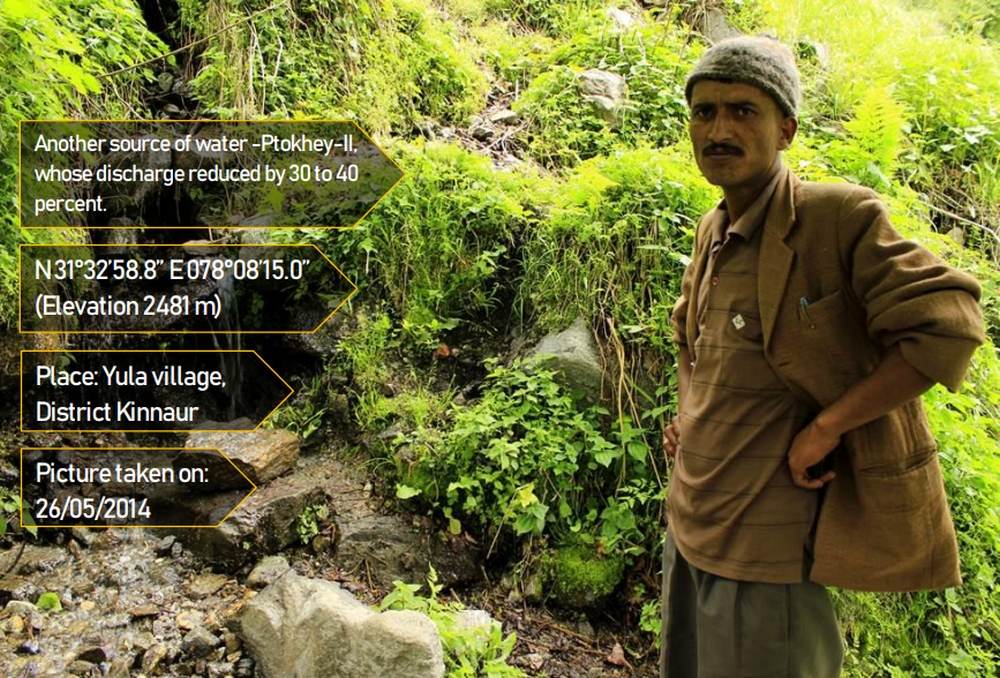 The report also identifies the institutional failures of the Central Water Commission, the Central Electricity Authority that are supposed to assess the Detailed Project Reports and give techno-economic clearances, monitor the progress, and reasons for the delay in projects.

This list also includes the Ministry of Environment that has blindly granted environment and forest clearances overlooking the above impacts and non-compliance; the State Directorate of Energy and State Disaster Management Authority, who have failed to fulfil their regulatory roles and ensure that there is no negligence.

The environmental group demanded that an independent scientific review of the immediate or long-term implications of construction work for hydropower development in the Himalayas should be commissioned. Citizens’ engagement, public consent mechanisms need to be strengthened, and a grievance redressal process needs to be put in place. 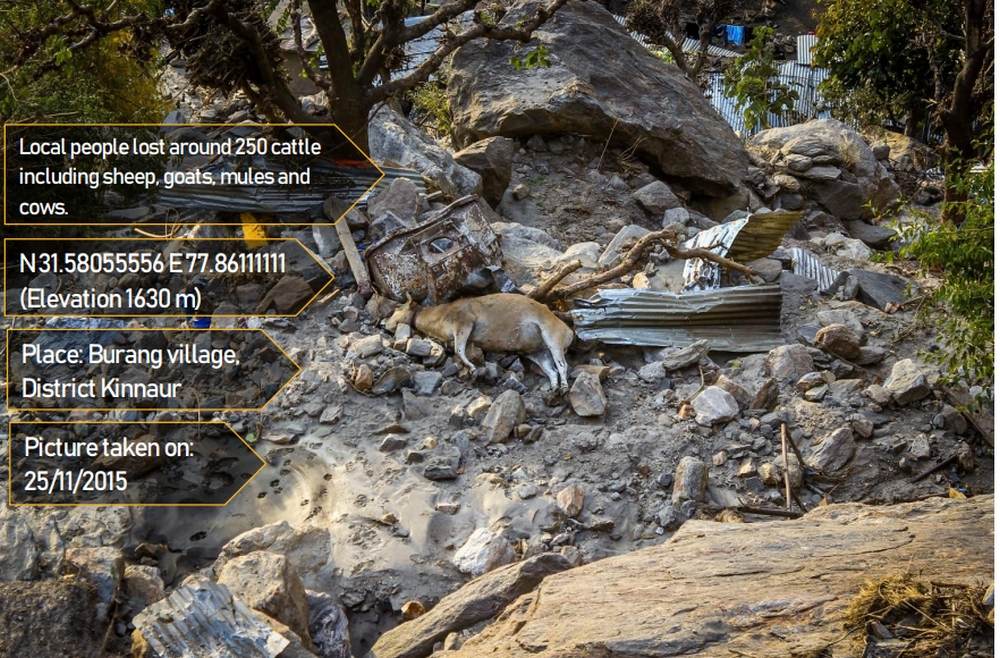 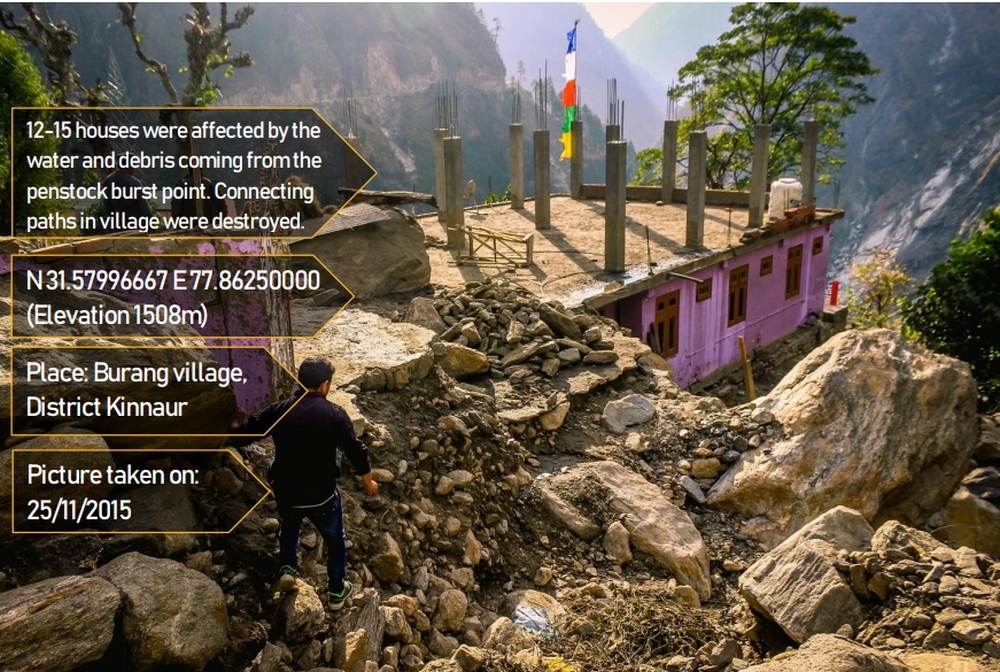 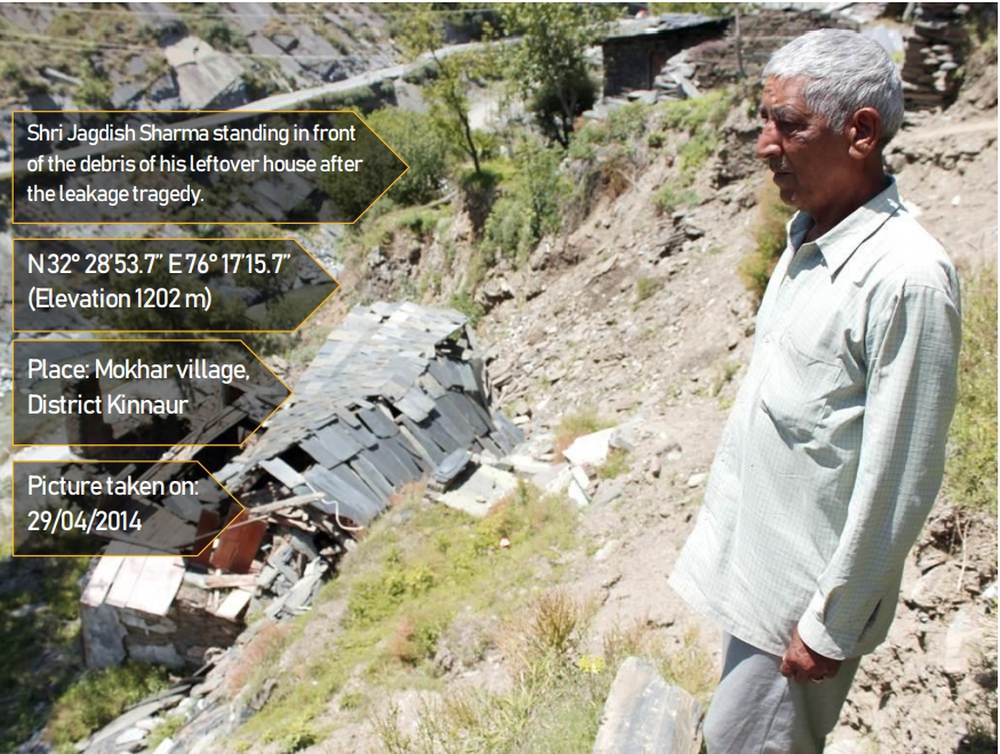 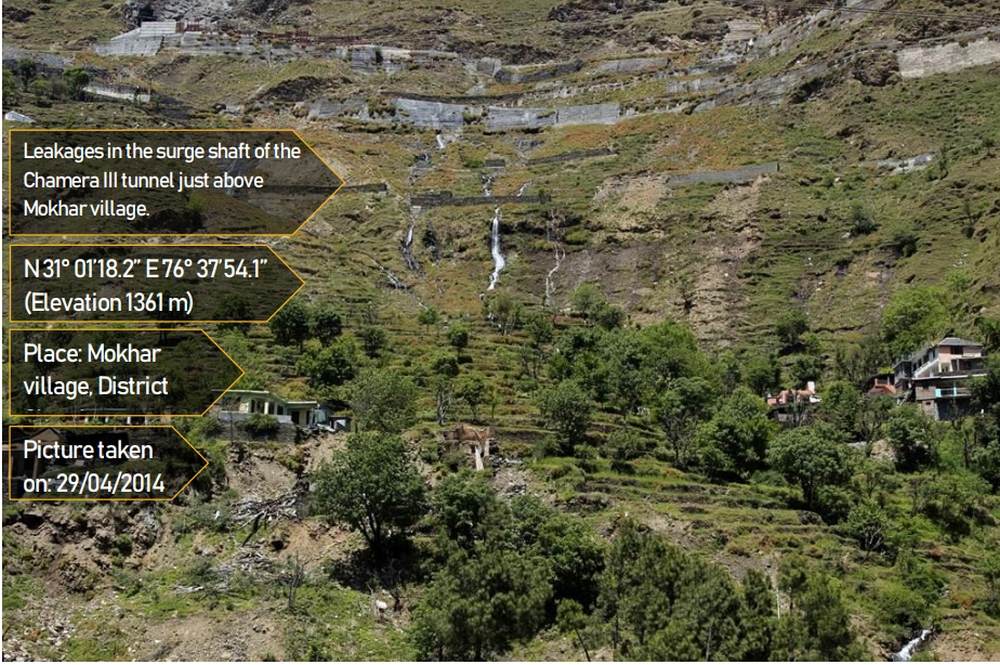 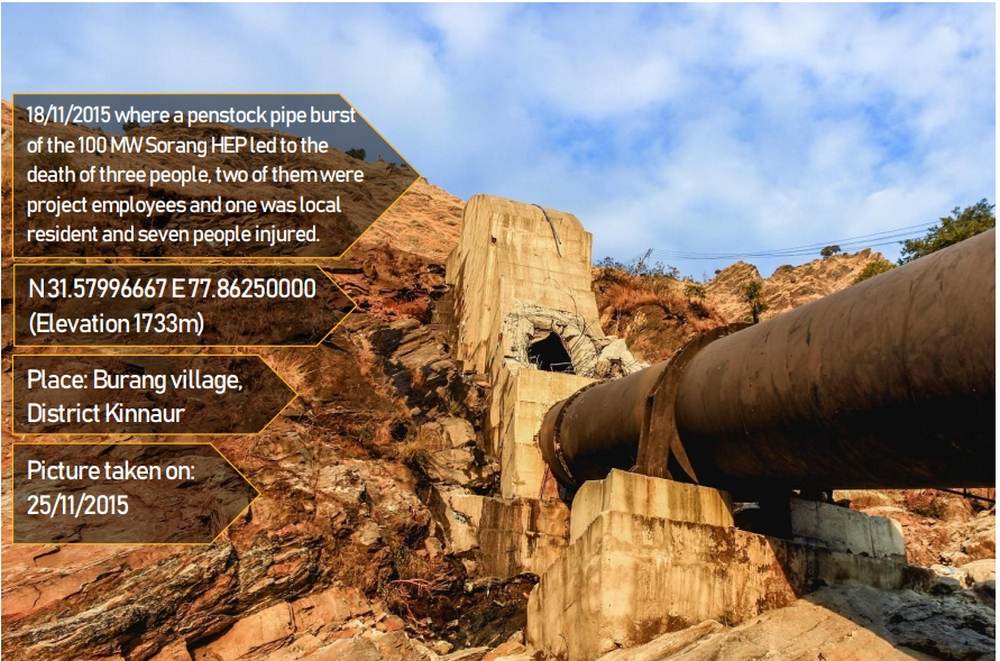 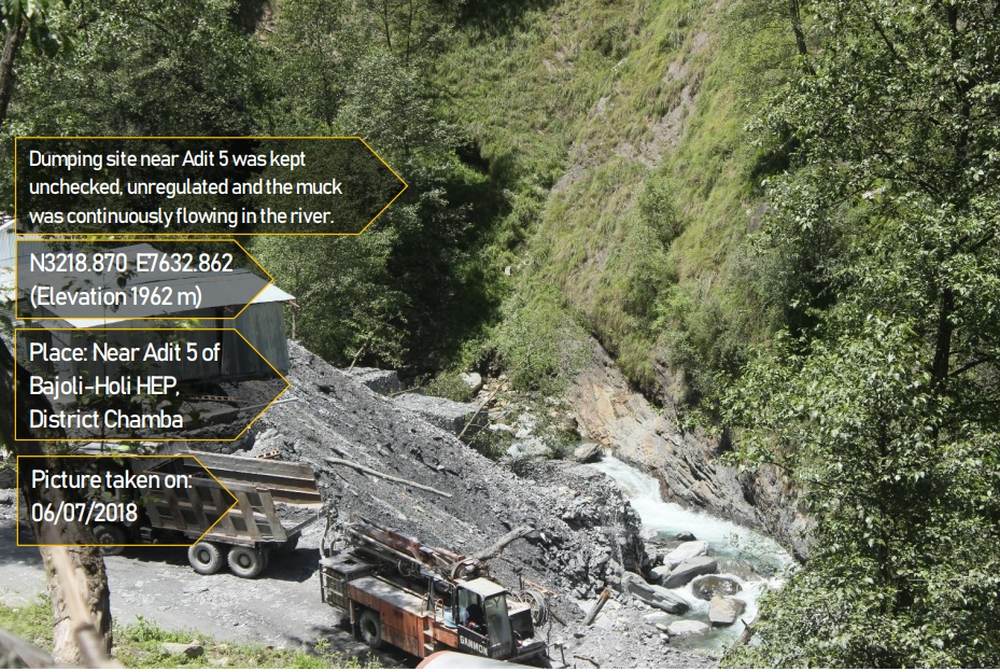 Old Age Homes, Facilities for Elderly in Himachal Exist Only On Papers Despite Huge Grant-in-Aid From Centre