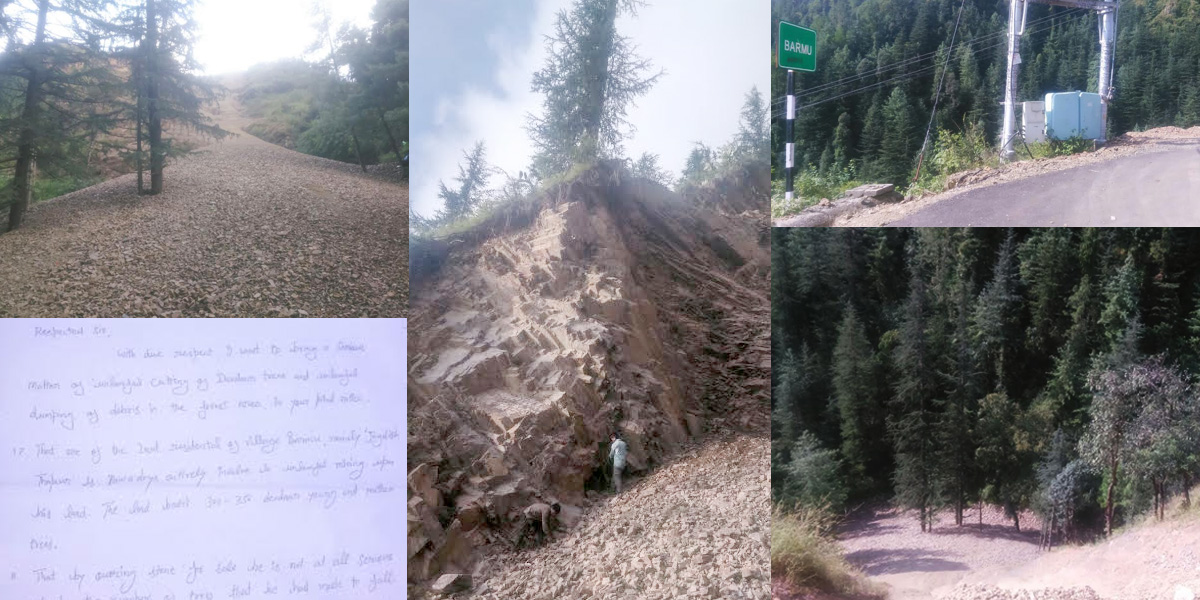 Jagdish, an employee of State Bank of India, is an influential man and allegedly managed to manipulate government records to change the status of his land from “Bani” to “Kism Ghasani” in revenue records.

SHIMLA-Illegal mining, dumping and felling of Deodar trees in two villages in capital Shimla have come into light after a resident of Mashobra submitted a written complaint to Himachal Pradesh Forest Department. However, complainant alleged that official from forest department visited the spot after the complaint, but didn’t take any action or lodged any official complaint. Instead, official has taken side of the culprit. Harassed complainant has eventually approached the High Court of Himachal Pradesh. 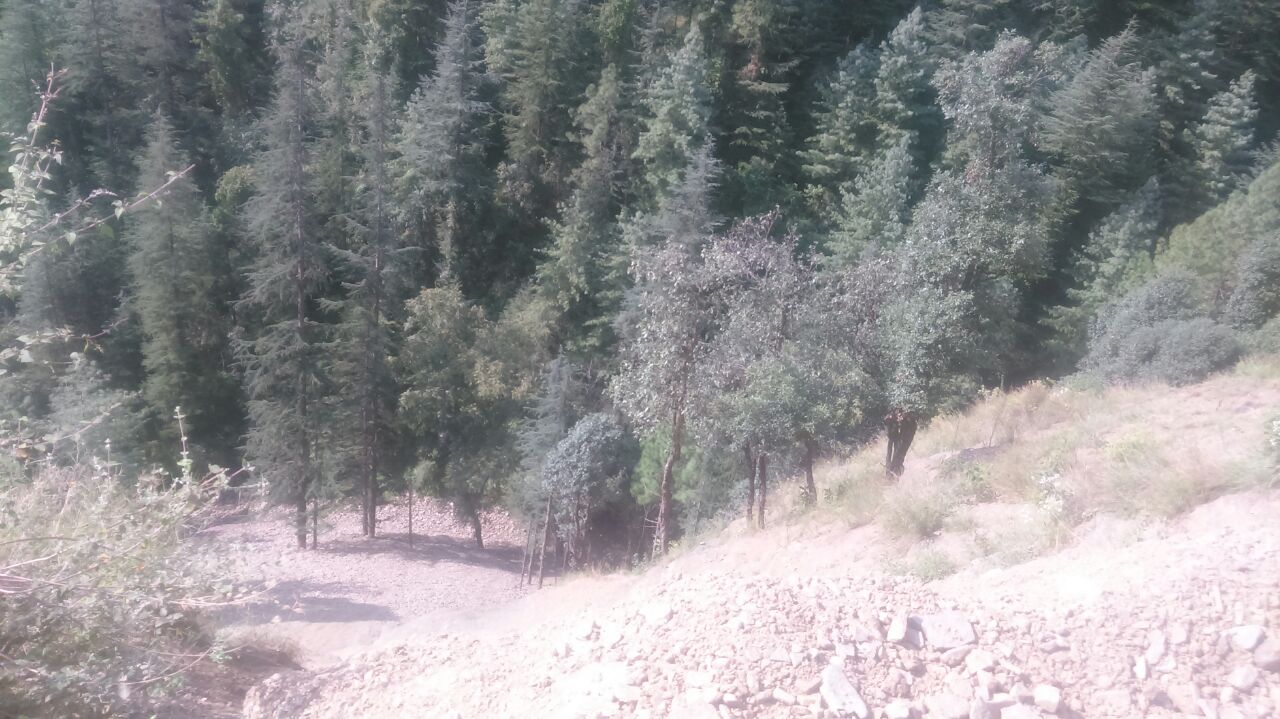 As per the complaint submitted to Range Forest Officer, Mashobra, about 10-15 full-grown deodar trees have already been cut and nearly 400 more trees are about to be axed to conduct illegal mining and dumping at villages Kelti and Barmu near Keleston, just two kilometers from HP High Court Judges residential colony.

According to the complaint, a resident of Barmu village, and the letter to Justice Rajive Sharma, Jagdish Thakur, also a resident of Barmu village, is actively involved in unlawful mining and dumping on a private piece of land that bears hundreds of green deodar trees. Jagdish, an employee of State Bank of India, is an influential man and allegedly managed to manipulate government records and machinery to conduct mentioned illegal activities using his contacts. Jagdish changed the status of his land from “Bani” to “Kism Ghasani” in revenue records. 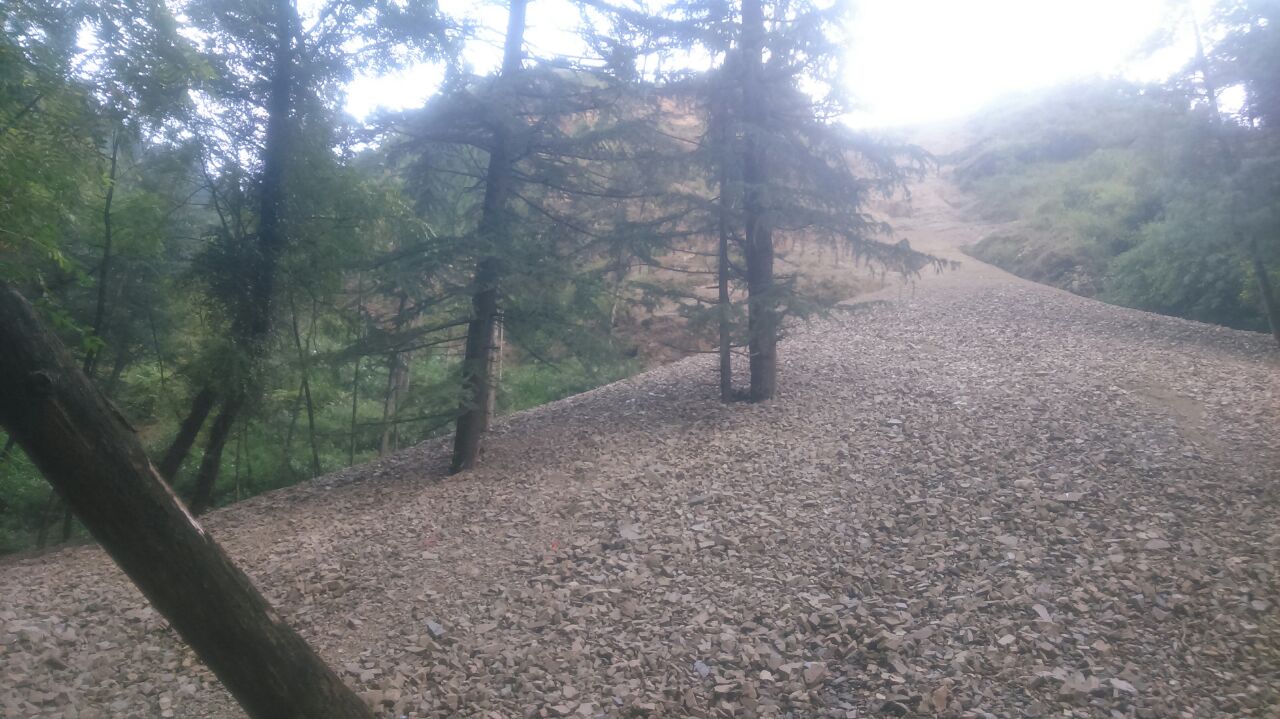 Not only illegal mining, but Jagdish has allegedly dumped over 2,000 trucks of debris into the forest and over 500 more are lined up. This dumping spot is located exactly at the Barmu bus stoppage and has already caused damage to about 35-40 Deodar trees, said the complainant. The risk of landslides has also increased and falling debris threatens traffic moving beneath the mining spot, the complainant further alleged. 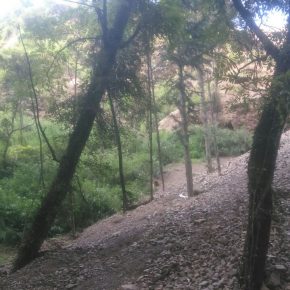 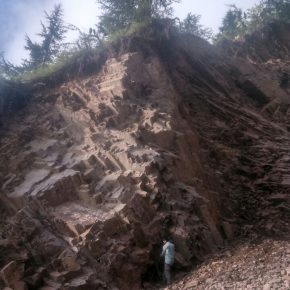 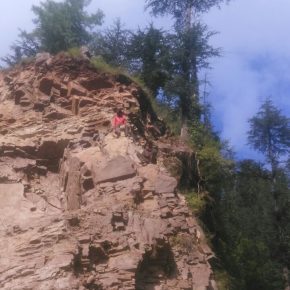 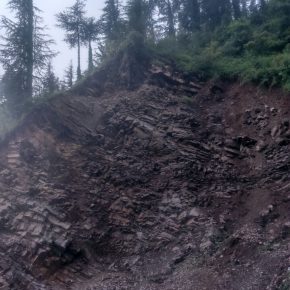 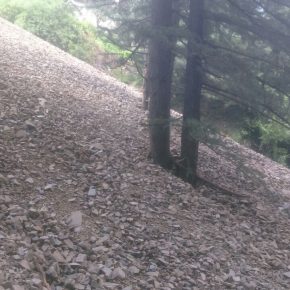 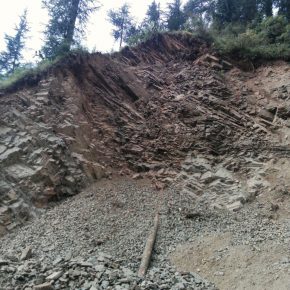 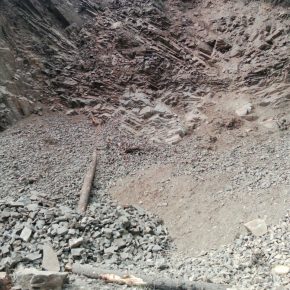 On Sept 13, 2016, complainant had wrote to the Range Officer, Mashobra Range to bring the grieve issue to his attention. However, to complainant’s surprise, no action was taken despite the fact that the spot was visited by an official.

“The Block Officer visited the spot, but didn’t lodge any official complaint or made no damaged report. Instead, he declared the mining as absolutely lawful.” the complainant told Himachal Watcher.

“The person might own the property but he can’t axe or damage about 400 Deodar and Baan trees because forests are national properties. No one can be allowed to play with nature merely because he owns a piece of land,” the complainant further added.

The forest guard chowki is just half a kilometer away but despite being in knowledge, the forest guard did not file any complaint against the alleged person. 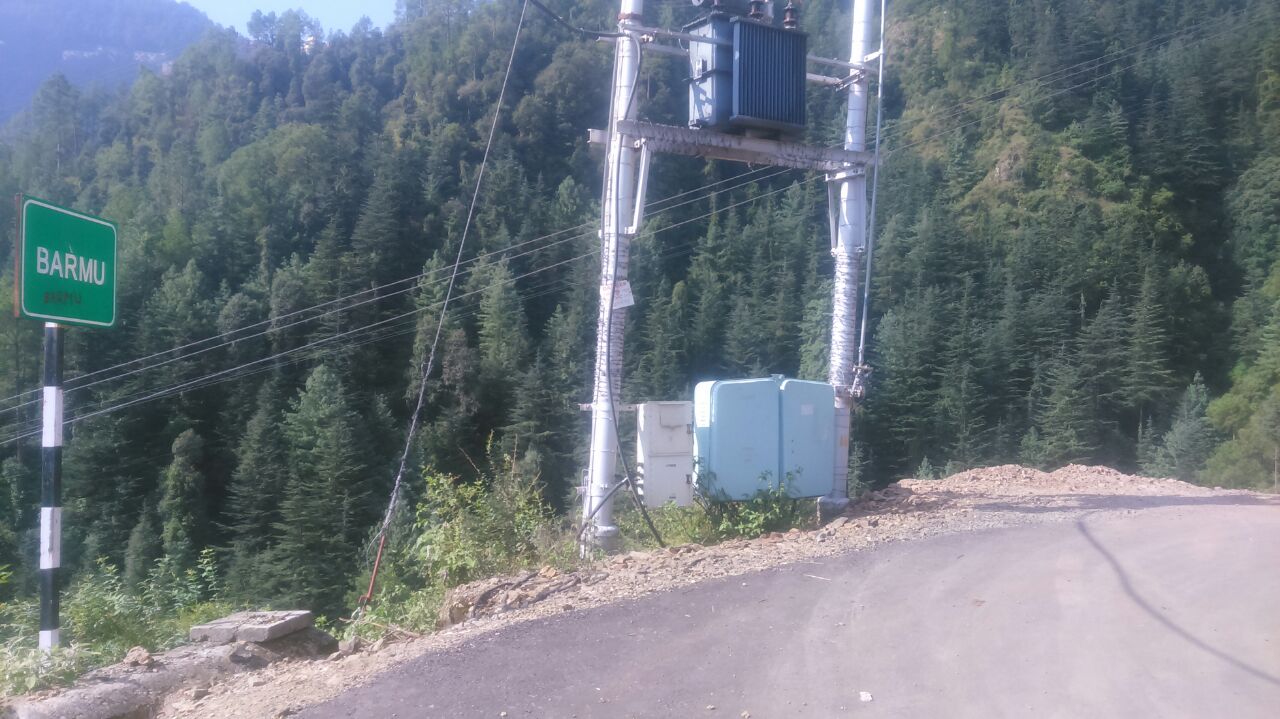 Apathy of the administration doesn’t end here, the complainant further told HW. The Forest department is trying to wash its hands of the complaint saying this case belongs to Mining Officer. Similarly, mining authorities deny taking responsibility claiming that it pertains to forest department’s jurisdiction.

The complainant further alleged that he personally approached the Mining Officer Shailja Chaudhary and brought the issue to her attention. She ensured a raid on Tuesday Morning, but didn’t show up at all. The complainant alleged that he tried to contact the mining officer but she either hung up or didn’t pick up the phone.
“Even after complaint, the mining continues. On Monday and Tuesday, it began early morning at about 5 AM and continued until 8AM,” said the complainant.

“I had met the Mining Officer at her officer on Monday and she had assured me that a raid will be conducted Tuesday morning. When no one appeared on the spot at morning, I tried to contact the officer for many hours, but she didn’t respond at all,” the complainant told Himachal Watcher

Harassed complainant was left with no choice except approaching the High Court with his complaint, copies of which were also sent to various officials including DC Shimla, DFO Wildlife, Mining Officer etc.

In his letter, the complainant also mentioned damage to Check-Dams construction in the Nullah to control floods and threat to nearby sewerage treatment plant due to illegal, excess dumping.

The complainant has urged the court to take notice of this critical issue and order appropriate action against the culprit.

Illegal Mining in Himachal: Illegal curbed routes to be identified and dismantled