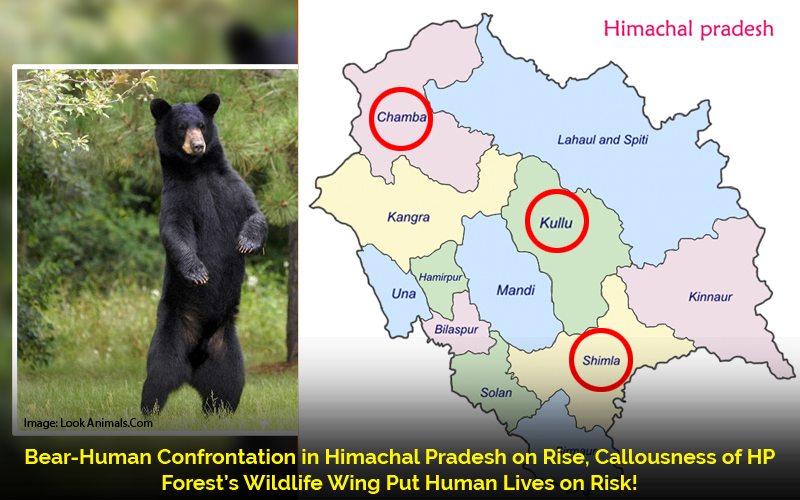 KULLU- Bear attack in Anni region of district Kullu, Himachal Pradesh wreck havoc among villagers on Wednesday. Meanwhile, in another attack, a Nepalese laborer was badly mauled by a bear in Kotgarh.

Reportedly, three bears launched attack on villagers who were out for irrigation work at one of the ‘kuhls.’ Other two managed to escape despite injuries but the third man was not lucky enough to survive this sudden confrontation. He instantly succumbed to deep injuries inflicted on his neck and genitals. The bears also mauled a woman who was engaged in collecting fodder near the location.

The case was reported from Kungash panchayat in Anni region. The villages in Anni area have witnessed increase in confrontation with black bears during last five years. As per reports, at least 3 people were mauled to death in past 4-5 years and many were left with grieve injuries on face, eyes, stomach and legs.

According to eyewitnesses, the bears attacked around 9:00 PM on Wednesday. Hearing the screams of victims, villagers gathered and made loud noise. The bears ran away and the injured were rushed to Anni Hospital with help of police. The forest department was also informed regarding the situation.

Wildlife experts have established that the Himalayan black bear is a savage animal, sometimes attacking without provocation, and inflicting horrible wounds.

It generally targets the head and face with their claws, while using their teeth also on a prostrate victim.

The confrontation with bears is increasing in Anni region of Kullu, Rampur, and some other regions of upper Shimla.

In October, 2016 a man was mauled to death by a bear in Rampur Tehsil of Shimla district.

In June, 2015 two people were injured in Chargon area of Rohru subdivision in Shimla district after they were attacked by a bear while grazing livestock.

In Nov 2014, two women in Kochdi Village of Rampur subdivision, who were collecting fodder for cows, were attacked in which both women sustained serious injuries

In May, 2015 was attacked by a bear when she was working in her fields at the Bagsh village in Ani sub-division of district kullu leaving her with broken leg and badly mauled face. Prior to that an elderly woman from Porala village under Dharalijan panchayat was attacked and had sccumber to the injuries.

In November 2010 two incidents of bear attacks were reported within 24 hours in which 13-years-old boy and a woman were injured in Dodra-Kawar area of Shimla district and Khadiyar village in Paprola area of Kangra district respectively.

In September 24, 2007, man grazing sheep in Chamba valley’s Choharghatti was mauled in a bear attack. In 2007, too, villagers had reported several attacks and sighting of bears during past few months prior to this incident. The villagers appealed to the government to take measure to ensure safety of villagers. The Wildlife Wing of HP Forest Department isn’t ready to move a muscle, neither equipped with tools to capture wild animals.  It has been reported that forest department doesn’t even provide tranquilizer guns to field workers.  The department is totally blank on technical grounds and incapable of forming any policy or strategy  to prevent man-animal confrontation. 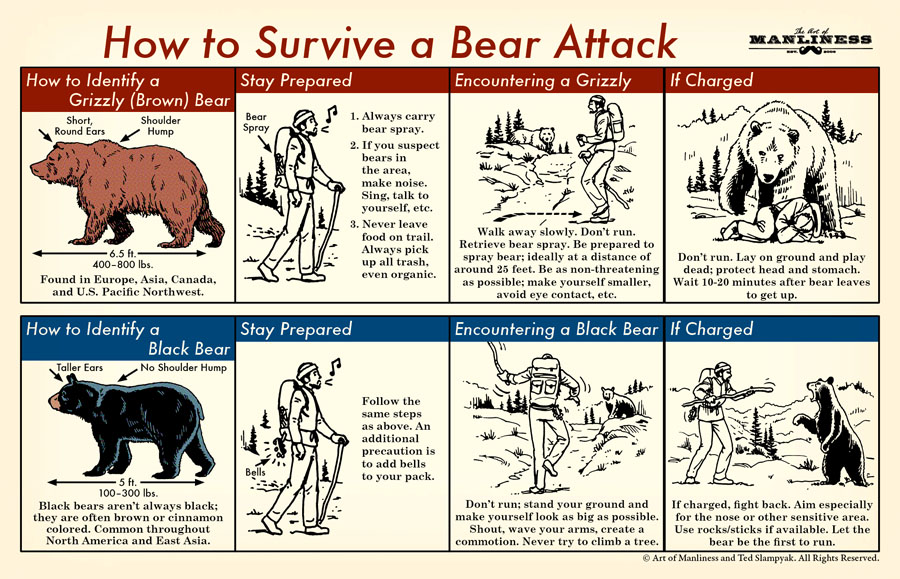 In rural areas of Himachal where agriculture and livestock are major occupations of people, it is very a common practice for villagers to head towards forest to collect fodder and wood for domestic use. The extension of cultivating land and increase demand of fodder and wood have major role in bringing wild animals and humans face to face.

Moreover, considering the dwindling population of animals, Himachal Pradesh Government had put a ban on animal killing or hunting in 1984. The population of animals has increased.  The State government need to consider the urgency of the matter and exclude wildlife management from its corrupt culture. The callousness and unscientific attitude of the forest department is exposing more and more people to potential risk due to animals confrontations.