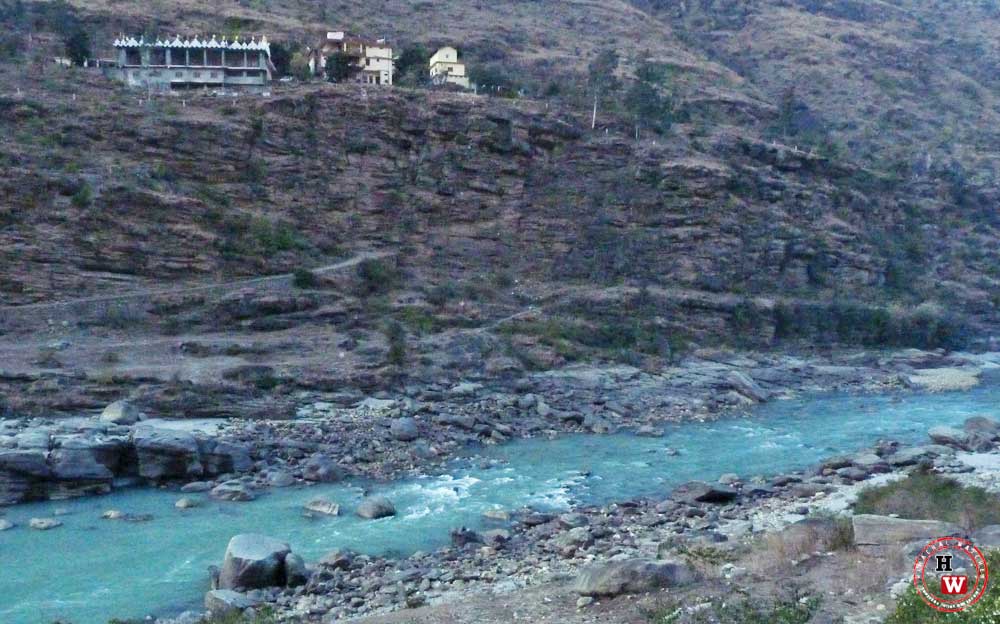 SHIMLA- Illegal and unscientific sand mining in the Sutlej River basin in Himachal Pradesh has reached an alarming level despite directions from High Court and criticism from environmentalists and locals. The basin is on the verge of destruction that will attract dreadly environmental hazards.  While locals face inconvenience and disappointed from authorities when they seek permission queering sand for their personal use, wealthy and influential people enjoy complete liberty.

Current efforts of the authorities are minimal due to interference of influential people, politicians, and rampant corruption as mining business is involves ridiculous amount of money.  Honest mining or police officials who try to follow their duty and take action against mining mafia are instantly transferred instead of being encouraged.

According to a report published in Times of India, mafia has carried out illegal mining up to Satluj River with the depth of 50 to 100 feet and around 600 meter deep pits are already dug.  After sand is finished, the mafia is now extracting stone from the river basin. This can cause diversion of the river towards the village during rainy season. Mafia is even threatening the ancient temples that are on the verge of falling down with the extensive digging. Around 600 meters deep pits have already been dug by illegal miners, first they took off entire sand and on finding no more sand they are now digging stones.

Locals alleged that a month back previous SDM Rampur tried to stop the mafia after receiving complaints, but was soon transferred in couple of days.

People of Busher’s Dutt Nagar are now living in fear that water will flood their houses if the mining mafia isn’t stopped.  They allege that the illegal business is going on with full cooperation from the administration.

Himachal Pradesh Industry Department  claims that 3,875 cases of illegal sand mining have been registered so far. Fines have been imposed in 2,600 cases and  over Rs. 2 crore has been collected as fine. Many other cases remains pending due to ongoing trials.

Himachal Watcher had also reported cases of illegal mining in district Shimla after which the Mining Department conducted raids and caught culprits red-handed. However,  trivial penalties or cases do not bother the wealthy and influential people patronizing illegal mining and dumping. The nexus between Himachal Pradesh Government’s authorities  and mining mafia is openly working for both parties uninterrupted.  Though,  the authorities assures breakdown on the mafia, the condition is only getting worse.

The stretch between Kinnaur and Rampur has witnessed unusually rapid growth of sand mafia during past four years that is now threatening the fragile ecology of Himachal Pradesh.

The locals are in unrest and alleges that illegal miners are getting protection from the mining officers, but the common people are not allowed to quarry sand in their own field for their personal uses like building construction etc. Despite repeated complaints by locals with the mining department, no actions are taken either by police or mining department officials, who are “bribed” by big miners.  Rather, they only harass villagers.

“The Industry Department is planning stringent norms and to intensify vigilance and raids on illegal sand queering here. The penalty has been increased. A tractor is fined Rs. 4,500, a truck with a capacity seven tonne is fined Rs. 7,000 and a truck with a capacity of more than 10 tonne is fined Rs. 25,000. The increased penalty is helping minimize the illegal sand mining in the region,” Himachal Pradesh Industry Department Director Rajesh Sharma, told ANI

It’s shocking to witness such non-governance from the elected government. Instead, government authorities are making hay while the sun shines over sand/stone mafia in Himachal.  What the corrupt government officials and illegal miners are not aware of is the environmental catastrophe they are inviting to their own home.

In wake of possible drought-like situation in Himachal Govt. claims it’s prepared to deal with it