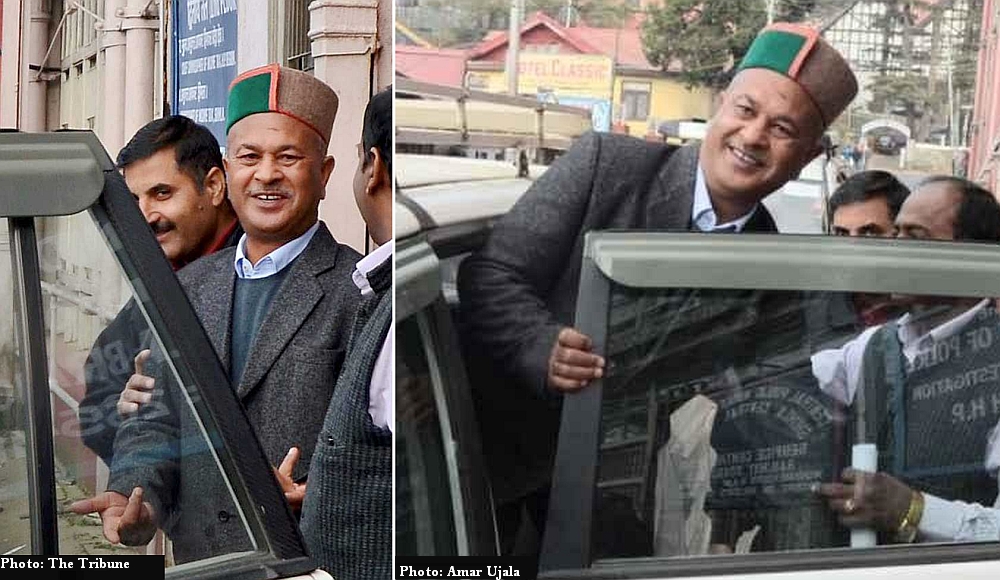 It is believed that the conspiracy of framing Raju, a co-accused, for the alleged murder of Suraj was originally conceived by DW Negi.

Shimla: The Central Bureau of Investigation (CBI) on Monday produced DW Negi, a suspended police officer of the Himachal Pradesh Police department and former Superintendent of Police, Shimla in the Court of Judicial Magistrate Ranjeet Thakur.

As expected, the agency sought more remand for Negi for further questioning. However, the court deferred the case to November 21 or say extended the remand for one more day.  The court will hear the CBI’s plea on Tuesday.

The court has also told Negi to be prepare for any sort of tests, if required.

Negi was on a four-days remand after the CBI arrested him on November 16 for filing a forged FIR in the case relating to the custodial death of one of the six accused arrested in the ‘Gudiya gangrpae and murder’ case.

The agency took Negi to Delhi where he faced rigorous questioning sessions of the CBI.

Meanwhile, eight arrested police officials were also to be produced in the court on Monday. However, again the counsel of the accused did not appear before the magistrate. The court had to re-schedule the hearing for November 23.

The CBI had sought permission to collect the voice samples of all the arrested officials, but the court had to defer the hearing to November 20 because the counsel of the defense had failed to appear before the court.

The defense counsel was also missing today, so the CBI could not obtain permission to collect the said samples. It is believed that the counsel of the accused is having second thought about contesting the case.

It is now crystal clear that the arrested members of the HP Police SIT, that was set up to probe the case, allegedly killed Suraj, a Nepalese laborer, for a reason while he was locked up at the Police Station, Kotkhai,

The CBI will have to file a charge sheet against these officials by November 30. Otherwise, they will be eligible for a bail.

However, as per sources, the agency could not make the eight arrested police officials disclose the motive behind the killing; was it for money or under political pressure?

The CBI is out of time.  The motive behind the killing of Suraj can explain the local police’s eagerness to frame wrong individuals. Then Deputy Superintendent of Police, Theog, Manoj Joshi, had met then SP Shimla Negi right after Suraj was killed. Following this meeting, Negi and Joshi reportedly met then Inspector General, Southern Range, Zahur H Zaidi.

It is believed that the conspiracy of framing Raju, a co-accused, for the alleged murder of Suraj was originally conceived by DW Negi.

Though Negi was not a part of the Police SIT, the crime had occurred in his district. Moreover, Negi had spent a couple of days investigating the custodial death prior to the arrival of the CBI.

Also, some sources are suggesting that the CBI’s investigation is now focused on money as the motive behind killing Suraj to shield some facts or real culprits.

From the day the SIT had announced cracking the case, locals were speculating that bribes worth crores of rupees were already paid by the wealthy families of the real culprits.

Also, the police did a good job in tempering the forensic samples taken from the crime spot. The samples did not match with any of the arrested accused or the suspects. The working of the Junga-based forensic laboratory of the State police is also in question.