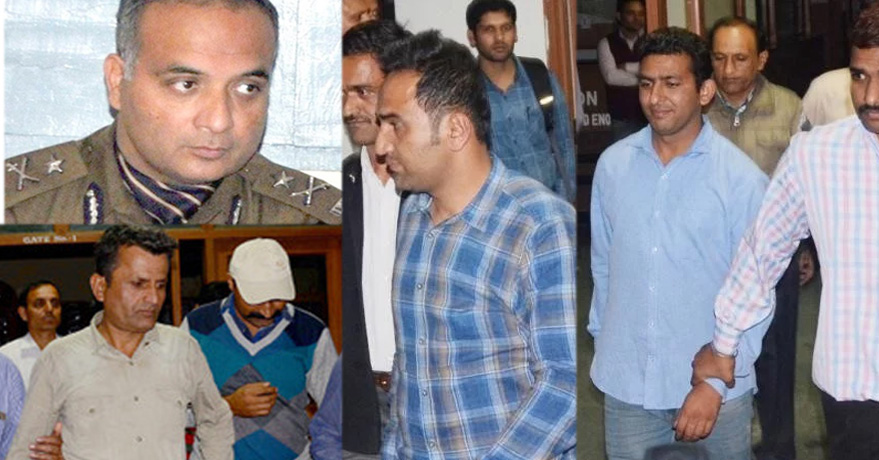 Shimla: In the unsolved Gudiya case, the Central Bureau of Investigation on Wednesday filed a plea in a local court seeking permission to obtain voice-samples of all arrested eight police officials including then Inspector General of Police and head of the Special Investigation team.

The officials were booked by the CBI in connection win the custodial killing of one of the six accused arrested in the gangrape and murder of a 16-years-old girl in Kotkhai Tehsil of Shimla district.

The court would hear the plea on November 17.

The SIT on July 13 had claimed a breakthrough in the case and arrested six accused namely Ashish Chauhan (29), Rajinder Singh (32) of Sharaal village, Subash Singh Bisht (42) of Pauri Garhwal, Surat Singh (29) of Nepal, Lok Jan (19) of Nepal and Deepak (38) of Garhwal.

The agency had arrested these eight police officials on August 29 in connection with the custodial killing of accuse Suraj on July 18. After being on CBI remand for weeks, the arrested officials were sent to Kanda prison.

All the remaining accused were granted bail after the CBI failed to file a charge sheet against them within 90 days of the arrest.

The deceased Suraj was lodged at the Kotkhai police station when he was allegedly hacked to death by the cops.

However, next day then Superintendent of Police, Shimla, DW Negi, in a media statement, had said that Suraj was killed by one of the co-accused Raju following a scuffle inside the lock-up.

However, the mystery deepened when the agency booked eight police officials of the SIT for the alleged killing of Suraj.

A violent protest had erupted in the region on July 19 following Suraj’s custodial death. Enraged over it, the mob pelted stones on the police force, vandalized the police station, and almost it set-ablaze after chasing the cops away.

The alleged custodial killing came amid an aggressive demand by parents of the victim and people for a CBI probe. They believed, the police was trying to protect the real-culprits by falsely framing some laborers.

The main lead in the case against the police officials is believed to be the Sentry, Dinesh Sharma,who was on duty the night Suraj was killed.

In the previous hearing on October 25, the High Court had asked the agency to file a charge sheet against these officials by November 30. In the other case, CBI has assured submission of a charge sheet by December 30.

Rain & snow may bring mercury down in Himachal this week