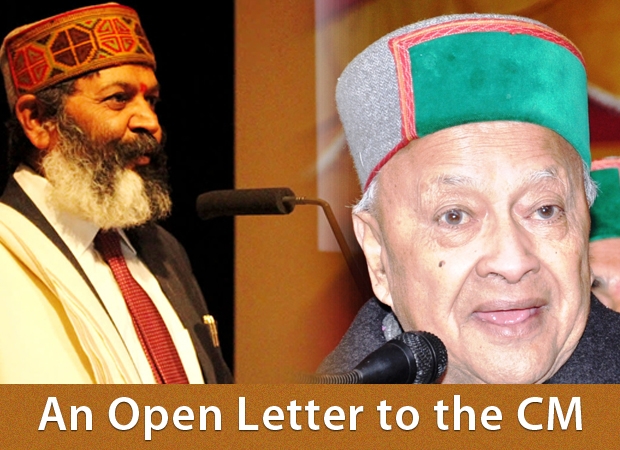 Thursday, September 19 was not as pleasant as the weather of Himachal these days, calm and cool. The heart-rending pictures of that day when democracy was being throttled and trampled, in my alma mater-the highest centre of learning in the state-Himachal Pradesh University (HPU), was quite painful.

Yes sir, not only me, but many of the alumnae of this institution have felt so. Sir, even the most sacred place, the HPU library was not spared. The walls still must be red with the blood splatter. The innocent students were just fighting for their legitimate right, equal and inexpensive education- guaranteed to them in the Indian constitution.

A day before this brutal murder of democracy, an incident, where the students, who wanted a clarification on the indiscriminate fee hike, stopping vice-chancellor’s vehicle (and as this official claims of assault on him) prompted the police and district administration to impose section 144 on the university campus- though the alleged assault on the top official of the university could not be substantiated in any way, as it was reported.

Watch Video & Images from the Day

Sir, no terrorists live in my alma-mater, they are only students, and thus have every right to ask questions, on what they seem could jeopardize their careers.

Many argue that the protest is not a way to put forward your point of view, but, sir it was unfortunate that when the students pursued the dialogue, they were ruthlessly told to “leave the university if you can’t pay the fees.” Was it not an insensitive answer on the part of an official, who was entrusted with a responsibility of safeguarding the rights of the students?

They (university authorities) claim that the institution’s development was marred by the fund crunch. Oh please! Don’t give such reasons. Sir, I will quote you from your Independence Day speech that, “`3,836 crore was being spent on education sector during the current financial year.”

If it is so, then why the HPU- the only university in the state imparting multidisciplinary education- is so badly starved of the funds. Sir, allocating `200 crore for the university, which so far, was providing opportunity to the poor for equal education and better future, is definitely not that much difficult. They justify this fee hike, in some cases more than 2000%, by arguing that the fee structure in neighbouring universities was higher. But, just once, compare the quality and standards of our university with those institutions- unfortunately my alma mater doesn’t have even 1% of the facilities available in those institutions- and nobody is ready to own the responsibility for this mess.

Then, why a student should be forced to pay such a massive fee when a “welfare state”, as defined in the constitution, can’t provide facilities to the students? And please don’t try to create those facilities by extorting money from them.

And here they are being charged even if the mistake is on party the university authorities.

Sir, have you ever tried to find out how the HPU is functioning? Here, a NET/JRF qualified student runs pillar to post, pleading before the authorities in a hope that one day he will realize his dream of getting admitted to Ph D, but the people, who have backing their political masters and are not even into regular studies, deprive him or her of this opportunity.

Just ask the university registrar Mr Mohan Lal Jharta that why his department sociology is locked for the last three months and what is his prime responsibility? These are just examples and if I will try to elaborate the sorry state of affairs, it will take me another 5,000 words, but I have keep constraints on my words- though I have already exceeded them.

So let me come to the point, this vice-chancellor- multicolor bearded man, ADN Bajpai- I will not hesitate to liken him with Nero. Sir, this Nero is burning your beautiful Rome. How cleverly he depicts himself as helpless and the students as demons. And the police, those wild beasts in Khakhi, who wag their tails and lick the feet of powerful, are his guests. They prey on the innocent students in the night. How they mercilessly thrash the protesting girls in the midnight, is just an example.

And those university officials, who are less teachers and more diplomats, indulged in a drama of resignations, are those who do a cackling together with this modern Nero, when state machinery strike democratic rights of students..

So, sir, don’t let the Nero burn this Rome this time. Don’t let the dreams of those innocent students die. Not everyone will be able to pay such hefty fee. The data of poor population released by your government are enough to substantiate this fact and after all how much of the Himachal populace have luxury to shop in the malls?