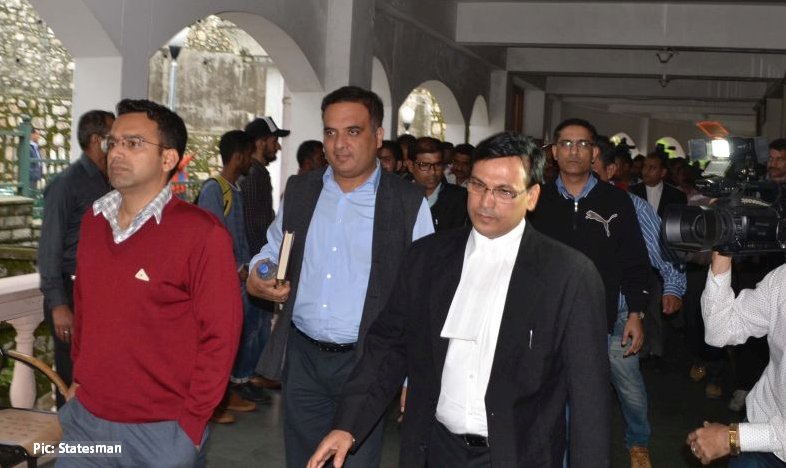 Shimla: The eight arrested officials of the Himachal Pradesh Police including Inspector General of Police, Zahur H Zadi, and DSP Theog, Manoj Joshi, were sent on remand for three more days. The Central Bureau of Investigation produced all eight accused at a special court in Shimla district at about 4:00 PM on September 4, 2017.

The CBI requested another seven-day remand pleading the questioning was not complete and some articles used in the killing of Suraj Singh, a Nepalese accused in Kotkhai rape-murder case, were still to be recovered.

The agency said the murder of the accused is linked with the rape and murder of the minor in Kotkhai. The defense lawyer opposed the plea moved in the court for more remand. He said his clients were being mentally harassed by the CBI.

After arguments for about an hour, the court extended the remand of all accused till September 7. The accused will be again produced on the court on the expiry of the remand.

As a huge setback to the credibility of HP Police Department and the State Government, eight police officials were arrested on August 29 by CBI in relation to the custodial death of Suraj at Police Station, Kotkhai on intervening night of 18 and 19 July.

The police had alleged another accused Raju of this killing. The police report said Raju and Suraj scuffled in which Suraj was killed after receiving injuries on his head and private parts.

However, based on the revelations made by the sentry Dinesh, who was on duty at the station the night Suraj was killed, allegedly exposed the fake story scripted by the local police. After questioning from arrested accused and investigation of call details of these officials, the CBI had booked them under Section 302 IPC. IG Zaidi was also alleged of tampering with evidences.

All accused that included members of the Special Investigating Team that probed the rape and murder case were taken to the CBI headquarters for questioning after being remanded to seven-day police custody.

The arrest of these officials has again ignited protests against the police department and the state government.