Rajhana Panchayat sees no sign of the the contractor awarded with the task of resurfacing the damaged road even after a month of the rainy season ends.

On 26 of July, HW had submitted a complaint to MC Shimla regarding the need for thee maintenance of a patch of road, that is less than a kilometer, starting from the DAV Public School New Shimla to Rajhana Panchayat. The village people had literally left all hope in the government as it was more than three years that they have been suffering due to the completely damaged road. They were being ignore by the MC Shimla and the government for all these years. The villagers had started working over the road themselves after spending from their own pockets. When we again raised the issue after a villager wrote to us along with some images and videos and asked MC to take proper measures, we received the following reply:

“The XEN (R&B), M.C. Shimla has intimated vide Dy. No. MCS/XEN/811/e-gov/2012-1872 dated 29-08-2012 that the M.C. Shimla has awarded the resurfacing work of said road to the contractor i.e. for the Road leading to Biological Laboratories Rajhana from DAV School Sector-4 New Shimla from RD 0/850 to 1/080 in ward No. 23 upto M.C. boundary. The work will be taken in hand after rainy season. Hence the Grievance may be considered disposed off with regard to this department.” According to the response, we were told that the resurfacing work has been awarded to the contractor and would start soon after the rainy season ends. Hence, the complaint was disposed off. Well, we guess, the rainy season doesn’t seem to have informed MC Shimla and the contractor that it has ended or they haven’t received an official letter regarding the same from the god of rain. It’s a almost a month that their has been no rain, but there is no sign of the contractor or any progress in the resurfacing job.

We wonder whether why even the most sensitive of the grievances that require urgent attention aren’t on the priority list of the MC Shimla. Why the pain of the public doesn’t come before the statue of the swami Vivekananda or Shaheed Sardar Bhagat Singh. We are sure that these legends won’t be feeling happy about the politics that is being played on their names. When does your rainy season would end so that the people of the village could get some relief? If there is something important than the grievance of the public, then we invite MC Shimla to put their views on that. If you don’t have one, then please inquire the contractor regarding the delay in the contract awarded to him. The public needs the road badly and your department is the one assigned with the responsibility to make sure you provide them with a well surfaced road.

Finally, the Neri Panchayat to get a metalled road 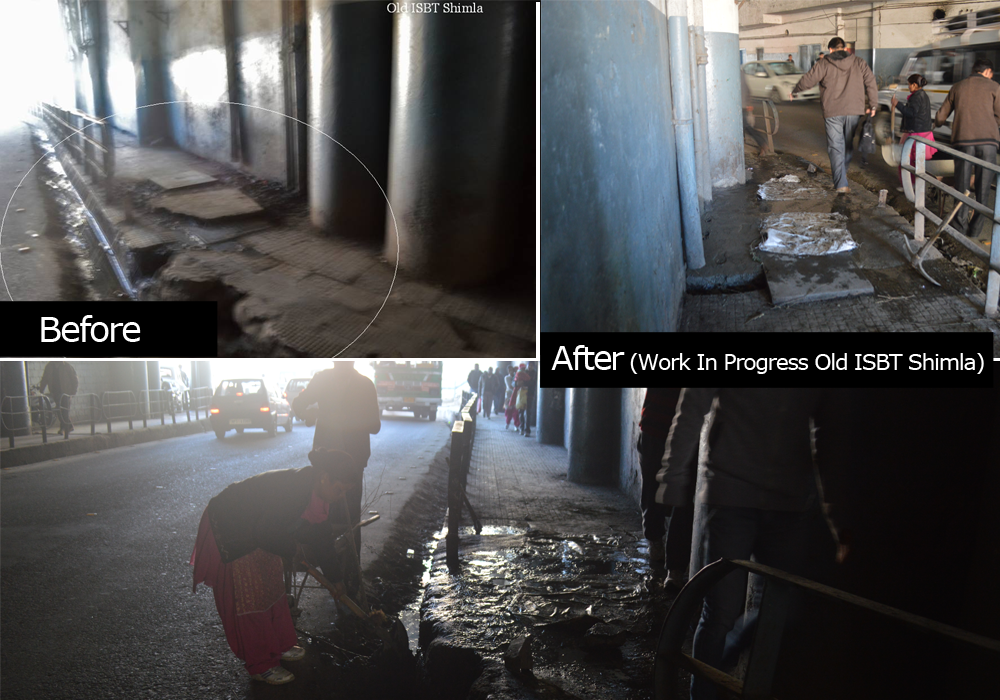